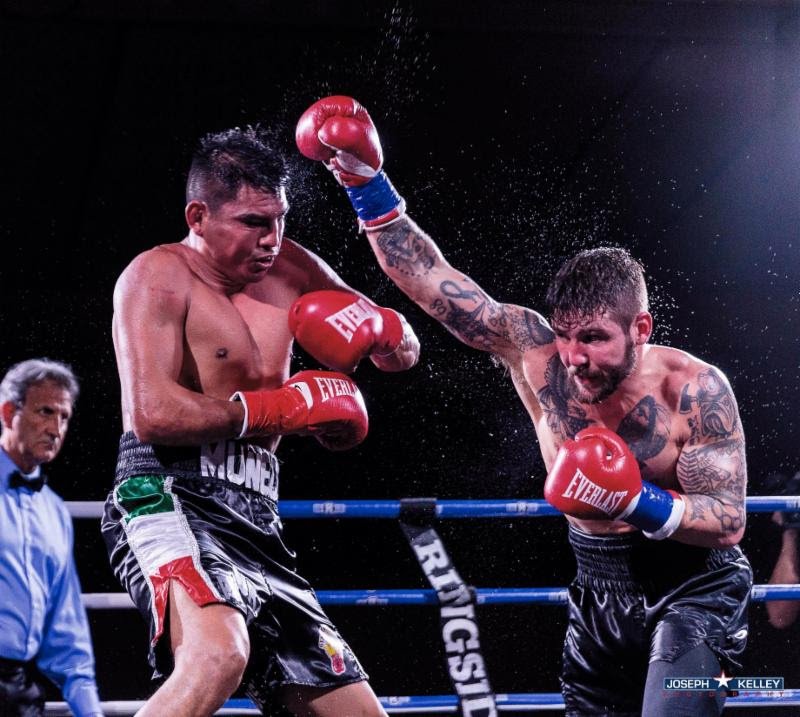 – Murphys Boxing will return to UFC FIGHT PASS®, the world’s leading digital subscription service for combat sports, for their debut event in a partnership with Encore Boston Harbor on Friday, July 12th. The event will stream live and exclusively on FIGHT PASS beginning at 9:00 PM E.T. / 6:00 PM P.T.

Headlining the inaugural event at the newly opened $2.6 billion resort will be the pride of Stoneham, Massachusetts, Greg Vendetti (21-3-1, 12 KOs), who will take on New Jersey-based contender, Michael Anderson (17-2-1, 12 KOs), for the vacant IBA Junior Middleweight World Championship.

‘The Villain’, one of the most popular boxers in the Murphys stable, looked outstanding in an exciting unanimous decision victory over fellow world ranked contender, Alan Zavala, this past March. Prior to that, Vendetti upset world title challenger, Yoshihiro Kamegai before challenging for the WBA Interim World Junior Middleweight title against Michel Soro in France.

“To fight for a title in front of my family, friends, and fans at Encore’s first-ever event and also for subscribers of UFC FIGHT PASS, is a real honor,” said Vendetti.

As for Vendetti’s opponent, he is once again facing a tough challenge and would have it no other way.

“When I fought Zavala in my last fight, a lot of people thought I should have taken an easier opponent coming off a loss but I just didn’t see the value of fighting someone I’m going to steamroll. It’s no fun on my end. I don’t get better. The fans don’t pay to see that. I want to win the IBA title and then beat three or four fighters of this caliber to move up in the world rankings and land another big fight. Anderson is a slick boxer who is coming up to Boston to win. I’m anticipating another hard fought victory that the fans at Encore are going to love watching.”

The rest of the four-bout UFC Fight Pass broadcast will feature co-main events with four junior welterweights who will risk their records in two high-stakes showdowns that will send the winners into prospect status, as well as another Massachusetts-based fighter from the Murphys stable who is starting to turn heads.

In an all Irish battle, Murphys Boxing’s Ray Moylette (11-1, 4 KOs), who hails from Islandeady, will take on Dublin’s Larry Fryers (10-1, 3 KOs) in an eight-round junior welterweight bout.

‘Sugar Ray’ will be making his 2019 debut in his first fight since his only loss, a controversial split decision in his home country in December. Fryers, who now lives and trains in New York, is on a four-fight win streak and will be shipping his massive fan base up to Boston for what should make for an electric atmosphere.

Then someone’s ‘0’ must go when Murphys Boxing’s own Luis Arcon Diaz (7-0, 7 KOs) takes on Ballybrack, Ireland’s Niall O’Connor (5-0, 4 KOs) in what should be an action packed six-round junior welterweight bout between two big punchers.

Diaz, a native of Venezuela who represented his home country in the 2016 Olympics, has displayed fearsome power with all of his wins coming by way of knockout within four rounds or less. Meanwhile O’Connor is currently riding a four-fight KO streak including dropping Poland’s usually durable veteran, Krzysztof Rogowski, multiple times in their fight this past December.

Kicking off the UFC Fight Pass live stream will be Holbrook, Massachusetts’ Mike Ohan Jr. (9-0, 5 KOs), who will face Bridgeport, Connecticut’s Carlos Hernandez (3-3-1, 2 KOs) in a 6 round welterweight bout.

Signing with Murphys Boxing last year, Ohan outpointed crafty veteran Shaka Moore in his toughest contest to date this past March and is now looking to hit the 10-0 mark against the always game Hernandez.

“To have Greg fight for a title is the perfect main event for our first event at Encore and our second UFC Fight Pass broadcast. A Vendetti fight leaves the customers satisfied every time. He’s a real blood and guts throwback fighter with a huge local following. I can’t wait for this fight.”, said Ken Casey, Murphy’s Boxing founder and promoter.

Tickets are on sale now and available at www.murphysboxing.com