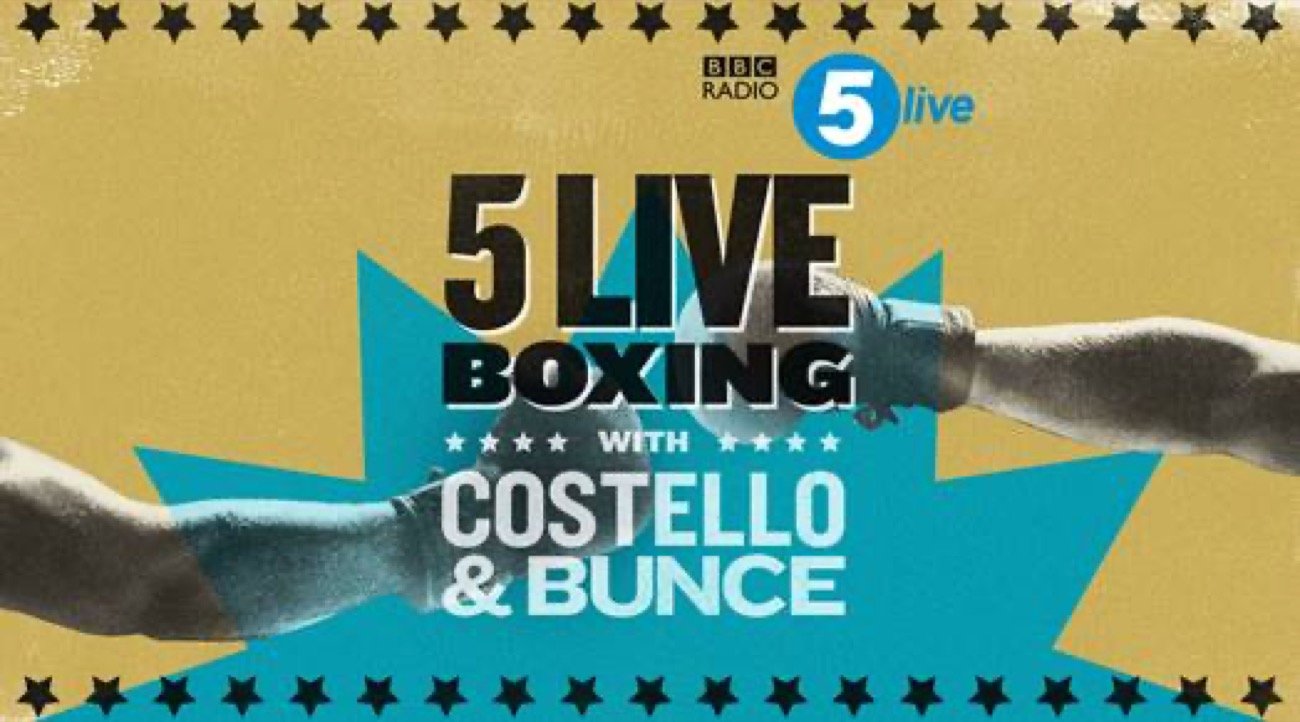 At a time when live boxing is currently on hold, BBC Radio 5 live is launching a brand new mini-series for BBC Sounds this Thursday (May 7) that will give listeners a unique take on some of the most unforgettable boxing contests over the years.

Greatest Fights will feature on the 5 Live Boxing with Costello & Bunce podcast and will hear from some of the sport’s most iconic boxers as they re-watch a classic or significant fight in boxing history alongside Costello and Bunce over a 10-part series.

The opening episode’s first special guest will be Sugar Ray Leonard. Regarded as one of the greatest boxers of all time, he talks through the key moments as he watches back his bout with Thomas Hearns from 1981 at Caesars Palace, Las Vegas. Promoted as ‘The Showdown’, this was one of the most anticipated welterweight championship bouts to ever be contested.

Available every Thursday, Costello & Bunce hear from the biggest names in boxing, including Ricky Hatton, Paulie Malignaggi, David Haye and Carl Froch as they relive the greatest fights they’ve ever been involved in or witnessed.

On the Greatest Fights series, 5 Live Boxing podcast presenter Steve Bunce, said: “This is a collection of boxing’s greatest matches, moments when reputations were made and the fights that made boxing.

“It’s amazing to hear Sugar Ray Leonard live every second of his first and monumental fight against greatest rival Tommy Hearns and to have the likes of Ricky Hatton takes us through every high and low of his unforgettable battle with Kostya Tszyu.”

Greatest Fights will be available only on BBC Sounds every Thursday from May 7 for 10 weeks.

NEW YORK (May 6, 2020) – The jointly established COVID-19 fund by New York State Boxing Hall of Fame (NYSBHOF) and Ring 8 distributed more than $5,000 last month to assist New York and New Jersey boxers and boxing personnel in financial need due to the coronavirus pandemic.

All applicants needed to be licensed (NYSAC, NJSAC or USA Boxing). Many boxers, trainers, cut men and the boxing personnel are independent contractors in need of financial support during this trying time.

“We wanted to help people in boxing whose livelihoods have been so adversely affected by this pandemic,” NYSBHOF present Bob Duffy said. “I’d like to thank Ring 8 president Charley Norkus for partnering with us, along with Ring 8 board members Ron McNair, Bobby Bartels and Henry Hascup. I’d especially like to thank Lou DiBella for his generous contribution, as well as Dave “Scooter” Honig and boxer Richard Kiley for their donations. And Peter Frutkoff, among others, for all of his hard work getting the word out about the fund.”

“As president of Ring 8,” Charles Norkus, Jr. added, “I was honored to be part of this group relief fund to assist those who were in need. I am glad that in more than 60 years of existence, Ring 8 still assists those in need from the boxing community.”