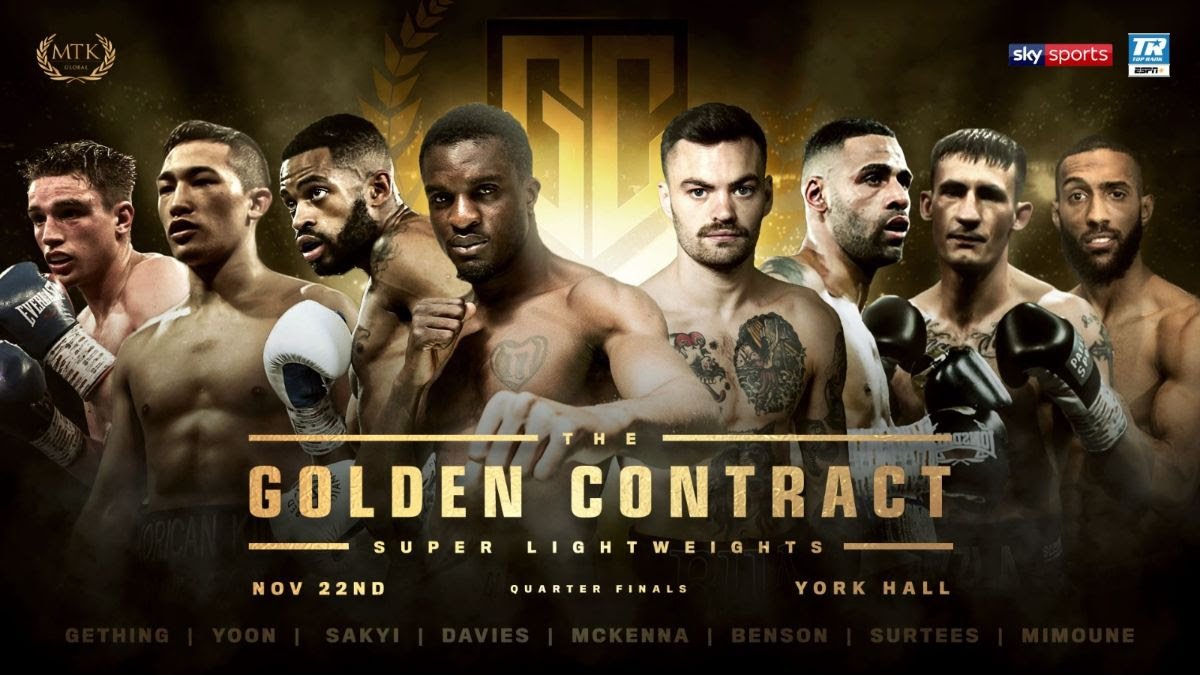 Gething, Mimoune, Sakyi and Yoon picked blue balls 1, 2, 3 and 4 respectively, meaning they could choose their opponents, while Benson, Surtees, Sakyi and Davies all picked red balls.

Here’s what they had to say following the draw…

Kieran Gething: “I’ve admired Lewis Benson from when we were amateurs, so it’s going to be a great contest and I’m looking forward to it.”

Lewis Benson: “I’m happy with the fight. It was out of my hands but I think it’s perfect.”

Darren Surtees: “Mimoune is an ex-world IBO champion so I think he’s the best in here, and I want the best.”

Mikey Sakyi: “I like southpaws and McKenna is always in interesting fights. I love putting on a show for the fans so it will be a good one.”

Tyrone McKenna: “I’m happy enough and I can’t wait. It should be a good fight, but I’ve seen a few things in Mikey I’ll look to exploit.”

Logan Yoon: “I’m excited for this fight. Ohara Davies is a big name in the boxing world so we’ll get into the ring as men and have a good fight.”

Ohara Davies: “As soon as I heard Logan Yoon was in the tournament, I searched everywhere for footage but couldn’t find anything. There must be something somewhere, but I don’t know anything about him.”

MTK Global Professional Development Coordinator Jamie Conlan: “The fight of the round for me is Logan Yoon and Ohara Davies.

“There will be fireworks to it, especially as Logan is the mystery man of the tournament. He has a high amateur background and Ohara is the man they all want to take off the perch, so it will be interesting.”

Sky Sports’ Andy Clarke: “It was interesting that Ohara was one of the fighters that got a red ball, and you never know what will happen in that regard.

“There are some good match ups, and there is a big chance here for someone. As always with boxing, you can say what you want to say, but come the night you reap what you sow.”

The fight week activities continue when the fighters take part in the final press conference on Wednesday, before they then weigh in on Thursday ahead of Friday’s all important fight night at York Hall.