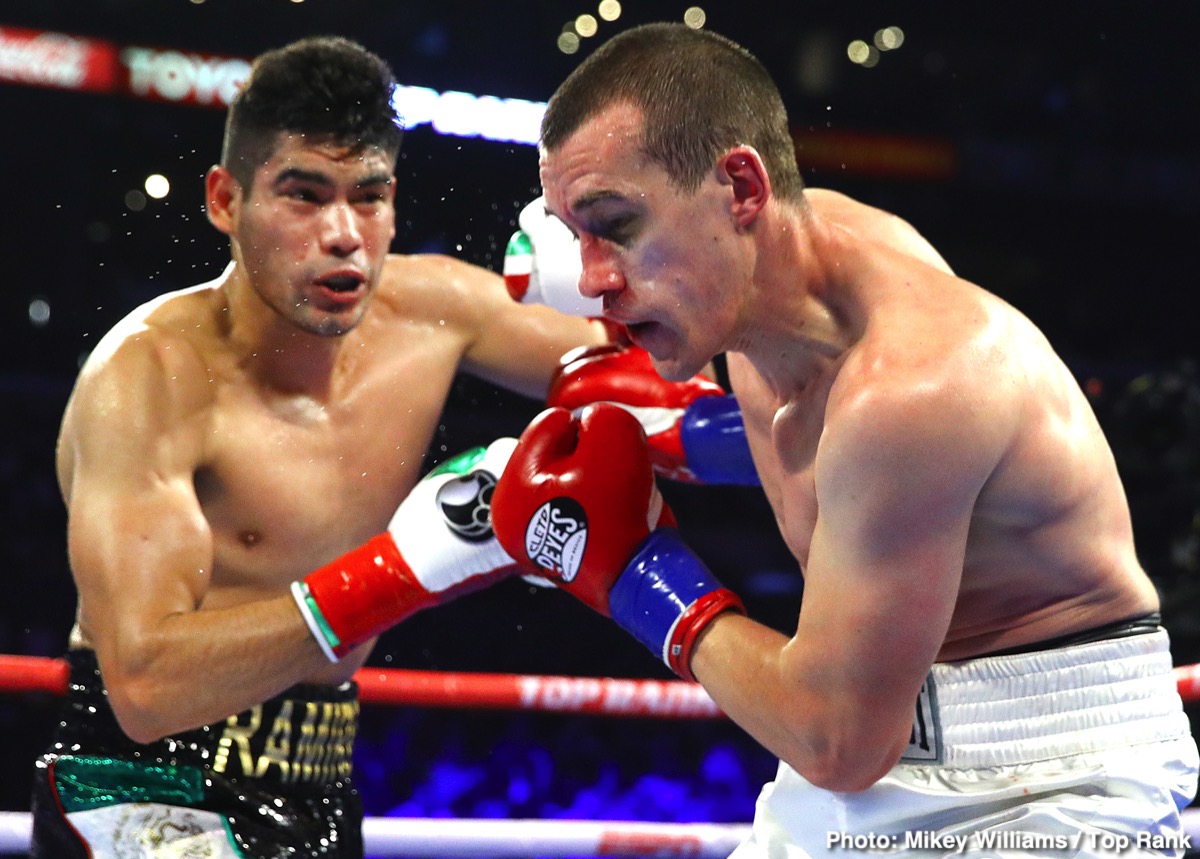 Back in February of 2019, World Boxing Organization (WBO) Super Middleweight Champion Gilberto “Zurdo” Ramirez had made a decision to move up to fight in the light heavyweight division, and he was searching for a new head trainer.

How Ramirez ended up with Chua as he head trainer isn’t a typical boxing story. After all, “Zurdo” was the first Mexican world super middleweight champion, sporting a 29-0 pro record, and only 27 when they first met.

Ramirez’ manager, David Suh, conducted a search to hire Ramirez’ chief second. He had a list that included some of the top trainers in the industry, as well as a young, relatively unknown – at least outside of southern California – in Chua.

“I don’t know how I got on that list,” a humble Chua said. “There was going to be a tryout of sorts to determine who would work with ‘Zurdo.’ We trained together in Long Beach (where Ramirez was training) and then I met with David for coffee. He asked if I was interested in becoming the head trainer. We trained together a little more. He liked the way I trained, and we got along well. I texted David saying we liked working together and that I was interested in becoming his head trainer.

“We clicked right away, and we learned things about each other and how we liked to train. I study a lot and do a lot of research of how he had been trained, because I wanted to help him to improve. I was getting four fighters ready in LA and “Zurdo” couldn’t go there for sparring. I said I couldn’t leave these fighters and go to Santa Barbara. “Zurdo” respected me even more for not jumping ship from those four fighters for a better opportunity. We still wanted to work with each other, and ‘Zurdo’ made it work. I went to Long Beach twice a week, he came to Wildcard three times.”

Chua was trained by Roach when he was an amateur from Indiana, but when Chua started at Wildcard, Roach’s assistant Eric Brown became Chua’s mentor. During his training career at Wildcard West Boxing, known now as Churchill Boxing in Santa Barbara, Chua has trained several world champions in boxing and MMA.

The 29-year-old Ramirez, who recently signed an exclusive promotional contract with Oscar De La Hoya’s Golden Boy Promotions, is currently ranked No. 3 by the WBA and WBO. “Zurdo” returns to action July 9th in Los Angeles against Sullivan Barrera (22-3, 14 KOs).

Whether it’s Bivol, or the other world light heavyweight champions — Artur Beterbiev and Joe Smith – “Zurdo” and Chua are preparing to beat the best for Ramirez to wear the coveted World championship crown in a second division.

Better than Artur Beterbiev, Dmitry Bivol and even Ramirez’ fellow countryman, Saul “Canelo” Alvarez, if he returns to the 175-pound division in the near future.
The 29-year-old Ramirez, who recently signed an exclusive promotional contract with Oscar De La Hoya’s Golden Boy Promotions, is currently ranked No. 4 and No. 5, respectively, by the WBA and WBO.

Chua feels that Ramirez is a special fighter because of his ring IQ, aggressive attack, and innate ability to adapt prior and during fights, pending his opponent.

“No. 1,” Chua explained, “he’s special because of his intelligence. He’s very smart, knowing how to decoy, and even double decoy. He throws certain shots to see how his opponent reacts. And he throws non-traditional combinations, assaulting his opponent with strange angles, like (Manny) Pacquiao in a way, but different. ‘Zurdo’ knows what to do when there’s a hole, knowing where to attack and when. He throws a lot of smoke, lands a good shot, and continues battering his opponent.

“Gilberto’s willingness to attack is because of his cardio mindset. He’ll throw a 9-punch combination, then backs off like others, but he jumps right back in. He has a relentless attack, and his assaults are creative. He also has the ability to adapt. A lot of people remember him pressuring (Jesse) Hart, but they forget how he beat (Artur) Abraham by out-boxing him for 12 rounds. I’m not saying Gilberto isn’t good going forward…..he is Mexican! He works angles and I love his versatility. It’s easy to take his reins. He has 41 fights of experience that make my job easier. He moves a little awkwardly, but when he’s boxing, it’s effortlessly and smooth. He also moves his weights effortlessly while throwing combinations. Deception is his boxing style and that’s the way he thinks.”

Ramirez has openly targeted Beterbiev, Bivol, and eventually “Canelo.” Chua is confident that “Zurdo” can defeat the entire trio, if given the opportunity.

“Beterbiev and Bivol are both great champions,” Chua commented. “Beterbiev is very confident. He’s a world-class fighter, tough to fight no matter how old he is, but ‘Zurdo’ has the tools to beat him. He’s focused, in shape, and has the proper mindset.

“Bivol is a real fighter, too. You need to stay away from Bivol’s power. He’s a well-oiled machine with not many dips. He has strong rounds but also takes off a few rounds. You can tell when he wants to rest a little. Bivol has natural ability, and he controls the basics well. He’s hard to fight because of his style. He does what he does very well, but ‘Zurdo” has creativity. Bivol is masterful but he doesn’t have the same creativity as Gilberto. Not that he isn’t adaptable, but he’s not the same when the fight isn’t going his way. “Zurdo” has the willingness to fight until the wheels fall off. Bivol is more safety first. He’s not going to risk getting seriously hurt. I know Zurdo is.

“I highly welcome a fight with ‘Canelo’, just let ‘Zurdo’ get more experience against top level fighters. ‘Canelo’ is on a tear. (Callum) Smith is a good fighter, but you need good foot movement against ‘Canelo.’ His confidence is through the roof fight now. He’s can take a punch and slip punches, but he has had some trouble against boxers like (Floyd) Mayweather, (Austin) Trout and (Erislandy) Lara. If this fight gets made, ‘Zurdo” has the foot movement to give ‘Canelo’ trouble, plus he’s a southpaw and bigger, which also give ‘Canelo’ trouble.”

The bottom line is “Zurdo” wants to fight the best and as Chua said, “Gilberto is willing to take the hardest route.”