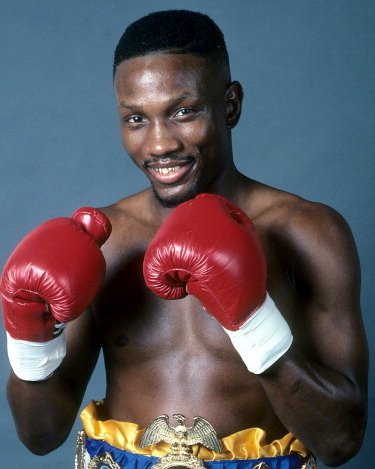 Golden Boy is saddened by the death of one the greatest fighters to ever lace a pair of gloves, Pernell “Sweet Pea” Whitaker. The legendary boxer passed away late Sunday night at the age of 55.

The native of Norfolk, Va. was one of the best defensive fighters of all time. He began his journey in the sport with a tremendous amateur career, which he completed by capturing a Gold medal in the 1984 Olympic Games. Whitaker represented the United States as part of an all-star team that included Evander “Real Deal” Holyfield, Meldrick “The Kid” Taylor, Mark Breland and other great fighters.

Whitaker completed his career in 2001, and in 2006, he joined the International Boxing Hall of Fame. The legacy of this great fighter will not be forgotten.

“I’m deeply saddened by the loss of this great champion, who gave a tremendous amount of joy to those who watched him,” said Oscar De La Hoya, Chairman and CEO of Golden Boy. “It was an honor to share the ring with him. In terms of his defense and ring generalship, Pernell Whitaker was the best fighter that I ever fought. On behalf of everyone at Golden Boy, we send our prayers and condolences to his family and friends.”

The International Boxing Hall of Fame announced its flags will fly at half-staff in memory of Olympic gold medalist and four-division world champion Pernell “Sweet Pea” Whitaker, who died in a traffic accident in Virginia Beach, VA on Sunday night. He was 55.

“From Olympic gold to world championships in four weight divisions, Pernell Whitaker was one of the greatest boxers to ever lace up a pair of gloves,” said Hall of Fame Executive Director Edward Brophy. “Everyone at the Hall of Fame joins the boxing community in mourning his passing and offers our condolences to his family.”

In 2007, Whitaker was elected into the International Boxing Hall of Fame in his first year of eligibility.