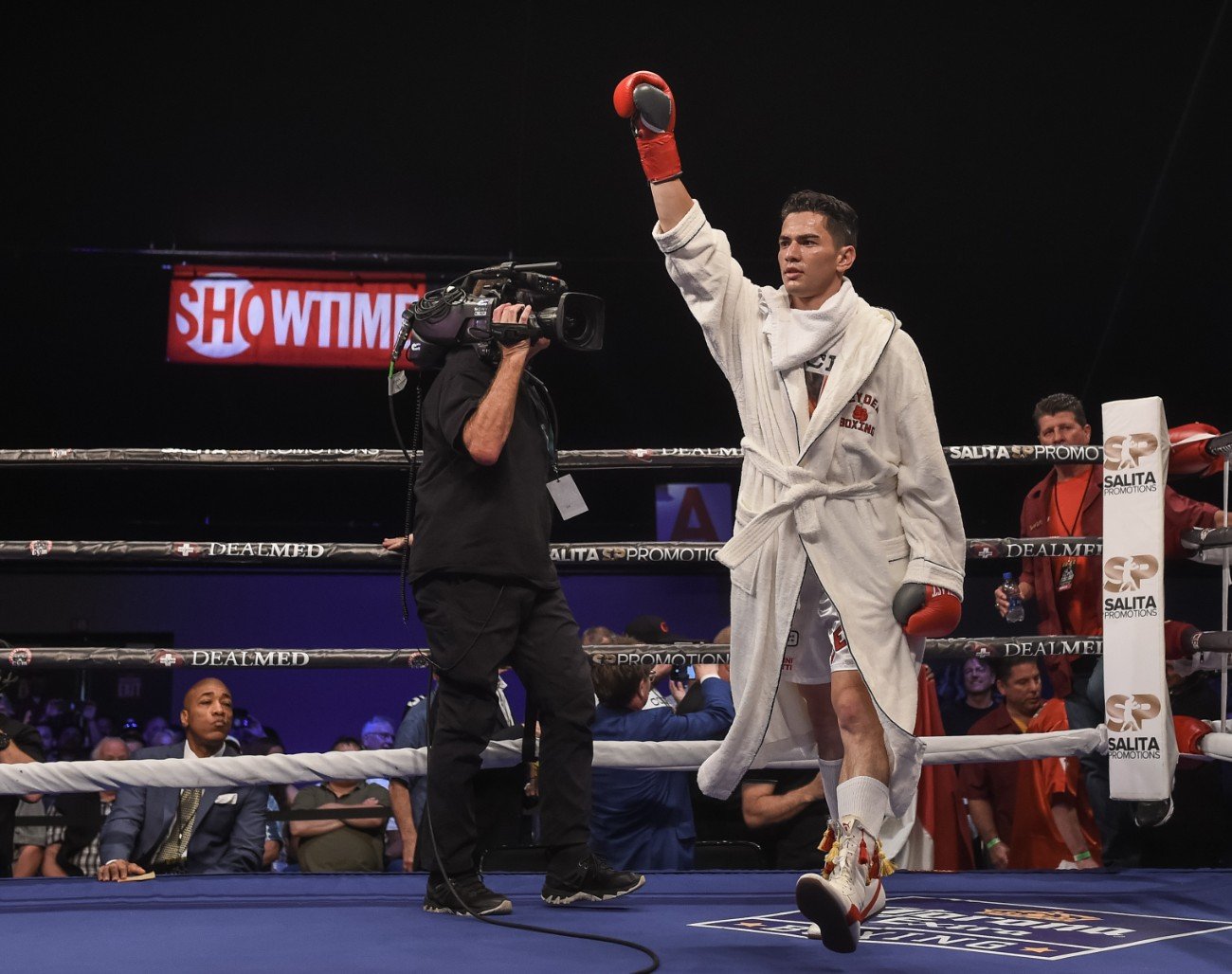 Chicago’s Giovanni Cabrera Mioletti will look to remain undefeated when he returns to the ring on Saturday at the Wintrust Arena.

The 25-year-old Cabrera Mioletti brings a perfect 17-0 record with 7 KOs into the fight.

Cabrera Mioletti is coming off a victory via unanimous decision over previously undefeated Luis Porozo in a 10-round fight on July 12 at the Emerald Queen Casino in Tacoma, Wash.

The contest between Cabrera Mioletti and Porozo, a 2008 Ecuadorian Olympian who entered the bout a perfect 14-0, was the opening bout of “ShoBox: The New Generation” event showcasing heavyweight prospect Jermaine Franklin.

“I want to be respected and remembered as one of the best boxers in the game who not only is a good boxer on paper but gives fans an entertaining fight,” Cabrera Mioletti said. “I want to be a people’s fighter. I can box, I can brawl, I’ve got the fancy footwork, I can do it all.”

“Not once in my career has it crossed my mind that I would lose,” Cabrera Mioletti said. “I know what I have. I have more in my arsenal, and I know I’m a much more creative, tricky fighter.”

Cabrera Mioletti’s opponents have a combined record of 159-45-2, winning an astounding 77 percent of their fights, which has helped him build a well-deserved reputation as a fighter who will step inside the ring with anyone.

“I have good people around me that care about me and they stay on my back,” Cabrera Mioletti said. “They’re never satisfied, and neither am I because we understand the reality of the situation. The time is now.”

Cabrera Mioletti will be fighting in Chicago for the first time since April 28, 2017 when he defeated William Hernandez at the UIC Pavilion.

“He’s the most conditioned athlete I’ve ever worked with,” said promoter Brian Halquist. “He has a tremendous work ethic and a tremendous heart. Out of any kid that I have signed, I have never had a fighter this special, and I had (former world champion Greg) Haugen, (former world heavyweight title contender Joe) Hipp, (former NABA cruiserweight champion Chad) Van Sickle, (former NABO middleweight champion Kenny) Ellis, and a lot of other good fighters through the years. We already know that he has the potential to be a superstar.”