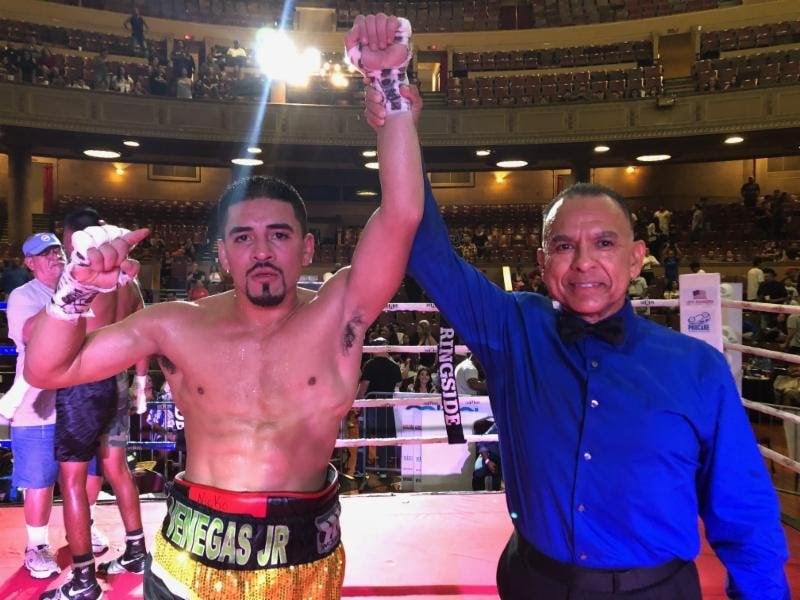 “Signing with Prince Ranch Boxing and TMB & PRB Entertainment is going to take my career to the next level.” said Venegas. “My first fight signed with them will be for the NABA title, so I’m very excited about my future.”

The card titled “Whose ‘0’ Will Go 2”, will take place at the Scottish Rite Theatre in San Antonio, TX. The entire card will be streamed via Facebook’s FIGHTNIGHT LIVE channel, which has already served more than three million fight fans since May 2017.

“I’ll be looking to keep my undefeated record in tact with a great performance this Saturday,” Venegas continued. “I know a victory against another undefeated fighter like Castaneda, will open up many doors to some bigger fights. I’m ready to seize the moment.”

The Contender Champion Brandon Adams now ranked #6 by The WBO

PHILADELPHIA, PENN.(November 28, 2018)–On the strength of his impressive championship run on The Contender, Brandon Adams is now ranked #6 by the World Boxing Orginization (WBO) in the middleweight division.

Adams (21-2, 13 KOs) of Los Angeles, California defeated Tyrone Brunson, Ievgen Khytrov and Eric Walker to reach the finals. In the final bout, which took place on November 9th at The Forum in Inglewood, California, and live on EPIX®, Adams dominated Shane Mosley Jr. to capture the coveted championship.

With the victories, Adams is now set up for major fights, which could include a world title opportunity with newly-minted WBO World Middleweight champion Demetrius Andrade.

Adams is promoted by Banner Promotions and Tournament of Contenders with Jeff Wald.