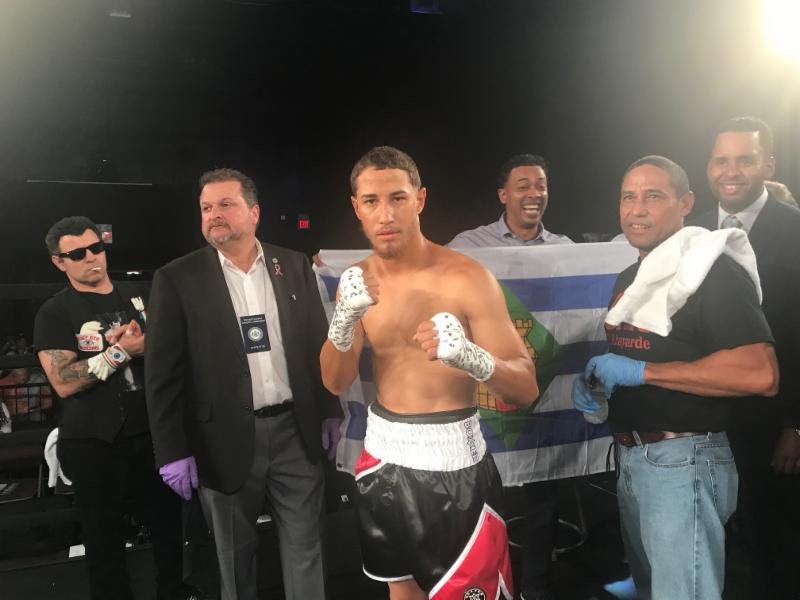 Tonight, undefeated Junior Lightweight Gadwin Rosa will look to stay undefeated when he battles 113-fight veteran German Meraz in a scheduled six-round bout at The 2300 Arena in Philadelphia.

The bout will take place before a ShoBox: The New Generation card that airs live on SHOWTIME (9:35 PM E.T / P.T).

Rosa, of Ocala, Florida had a great training camp as he prepared for his most experienced opponent.

“Everything is going good. I put the finishing touches and, I am excited and ready for tonight,” said Rosa.

“Meraz is a really experienced , and he is a hard guy to look good against. My goal is to beat him in a convincing way.”

Meraz has faced many top prospects and contender, so this will be a good test to see where 24 year-old Rosa stacks up.

“This is a measuring stick so people can see what I can do. People will compare my results with others he has fought.”

The Florida native will be making his 3rd consecutive appearance in Philadelphia, and the knowledgeable fight crowd is beginning to get behind Rosa.

“I feel the crowd is starting to embrace me with open arms. I am thankful for the fans in Philadelphia who have enjoyed my fights. I want to thank Hard Hitting Promotions for bringing me to this great boxing town. I hope everyone can watch this fight. It is going to be explosive. There are a lot of great prospects on this card, and I hope everyone will support this event and support me.”

Branden Pizarro (12-1, 6KOs), of Philadelphia. takes on Jerome Rodriguez of Allentown, PA. in a eightround battle for the NBA Intercontinental title.

David Stevens of Reading, Penn. will make his pro debut against Dustin Long (0-1-2), of Johnson City, Tenn. in a cruiserweight battle.