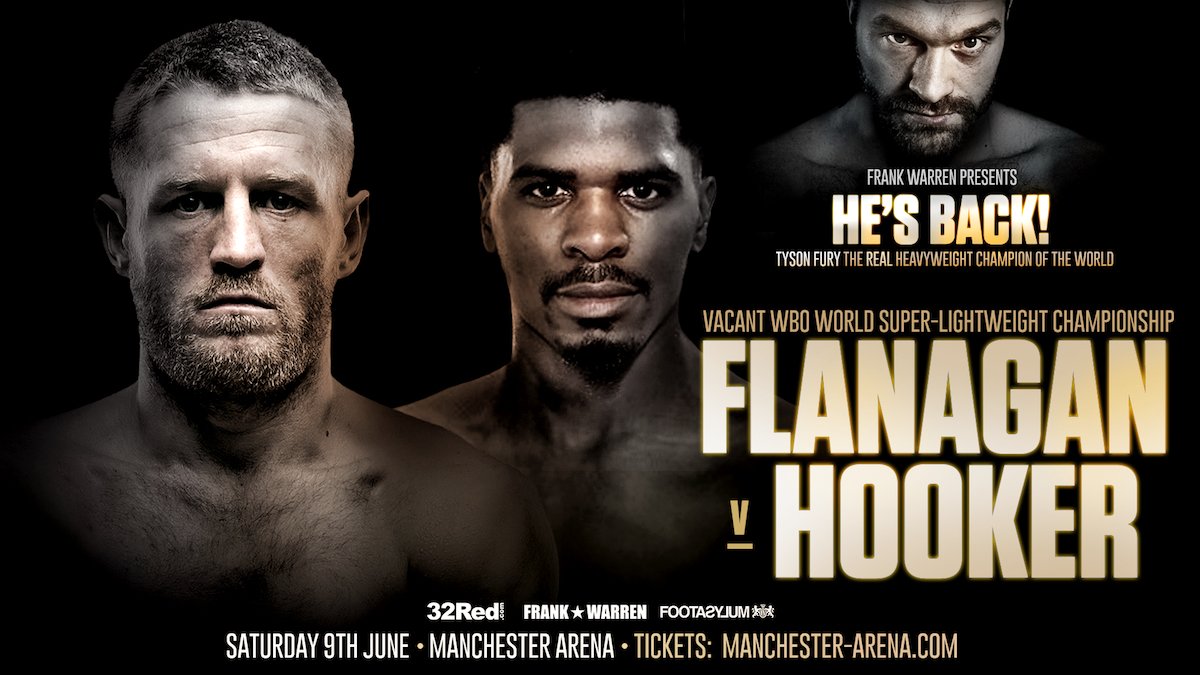 Troy ‘Trojan’ Williamson will fight Jack Flatley on Tyson Fury’s undercard in Manchester with both fighters bringing unbeaten records to the table.

Williamson (6-0-KO4) beat Flatley (11-0-4) in the Senior ABA final when the pair were amateurs and despite his opponent appearing confident of revenge, Williamson is adamant nothing will prevent him announcing himself on the big stage come June 9.

Williamson said: “I’m delighted. I’ve been on some big shows already but I’ve been on quite early. This time it’s an eight-rounder against another unbeaten fighter so it’s my chance to shine.

“I think Jack’s a good solid fighter but he’s quite basic. I wouldn’t say he’s a proper all-round fighter. I should beat him convincingly if I want to get where I’m going.

“I don’t really feel nerves. I get a few butterflies but it’s all good news. They’ll be bright lights and I’m looking forward to fighting in front of a big crowd on what’s going to be a special night of boxing.

“I want to get to the very top so it’s just a case of doing the graft in preparation, taking care of this kid in emphatic fashion and moving on to bigger and better things.”

Williamson has trained relentlessly since turning professional but, far from coveting a holiday or period of relaxation, he maintains an uncompromising attitude to his work.

Williamson added: “I’m boxing in two weeks in my hometown. After I boxed in Belfast, I had two days off and then I was straight back in the gym. It’ll be the same between these next two fights.

“I’m not really a party person. I don’t go on the drink and I don’t hang about with people who drink. I just simply live boxing and that’s it.

“I keep working and I keep getting better. The better the opposition, the better I’ll be so I hope Jack brings his A-game to Manchester on June 9.”

Stay up to date with all the latest at mtkglobal.com

Terry Flanagan and Maurice Hooker will clash for the vacant WBO Super-Lightweight World Championship at the Manchester Arena on Saturday 9th June.

The exciting match-up lands on the same card that features the return of former Heavyweight World Champion Tyson Fury.

Flanagan is stepping up to 140 pounds after vacating his WBO Lightweight World Title, and is confident of becoming a two-weight World Champion.

He currently holds the longest undefeated record in British boxing (33-0, 13KO’s) and will be aiming to unify the Super-Lightweight division once he triumphs at his ‘home’ Arena on June 9th.

“Winning this fight will prove that I’m a legitimate 140 pound fighter,” said Flanagan. “I’ll be looking to unify all of the belts later in the year. I’m looking for the likes of Mikey Garcia after I win the WBO belt on June 9th. It’s a massive unification fight and I hope those are the fights Frank can make.

“He is a very good unbeaten fighter, he fights on the back foot and looks to catch you from distance. I’m not looking past Hooker but I’m very confident I’ll be able to deal with anything he throws at me to become a two-weight World Champion.”

American challenger Hooker has been training with pound-for-pound star Terrance Crawford in preparation for his showdown with Flangan and has had plenty to say about the Ancoats star since their match-up was first announced earlier this year.

“I’m gonna wake him up,” said Hooker. “He’s weak and he’s soft. He hasn’t fought anybody. He fights little guys. I hit hard with both hands. He’s never fought anyone with skills like me. He runs a lot. He does that real good. Power? He hasn’t got any power. He pitty-pats!”

Hooker, whose record reads 23-0-3 (16 KOs) has claimed that ‘Turbo’ is a dirty fighter and has torn into the Mancunians tactics.

“I’ve been watching his fights. He holds a lot, he uses his forearm to the head. He does a lot of stuff dirty. I’m going to stop him and I’m going to show him who’s the best at 140! It could be the first round, second round or third round… but he’s going down!”

Tickets for Flanagan v Hooker are available purchase NOW via the Manchester Arena on www.manchester-arena.com and tel: 0844 847 8000.

Tickets for this unmissable event start from just £40.