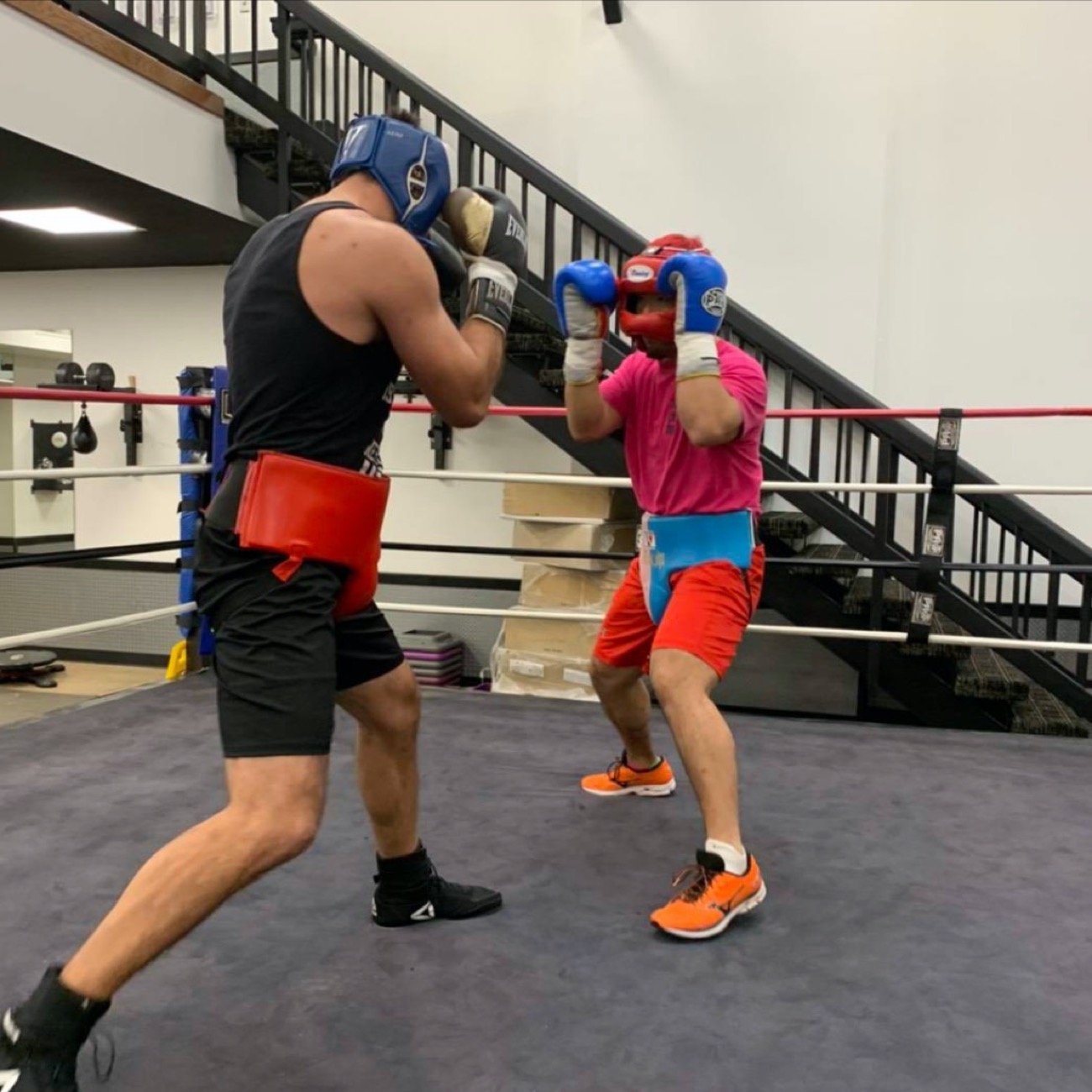 ECCENTRIC JAPANESE HEAVYWEIGHT Kyotaro Fujimoto has left the jokes behind as he gets serious ahead of his December 21st battle with Daniel Dubois.

After igniting a war of words with the Greenwich bruiser following a bizarre Tokyo press conference, Fujimoto has promised that he is getting himself in “top physical condition” for the Heavyweight scrap.

The 21-1 contender got himself some serious attention after the press event in his native Japan as he compared Daniel to a “bear” and unveiled a man in a panda suit as his “sparring partner”.

But once ‘Dynamite’ snapped back by threatening a “show-stopping performance” and warning Fujimoto should “be careful” it appears the Japanese fighter knuckled down to the task at hand.

Asked how his preparations had been going, Fujimoto revealed he had upped sticks to America and added: “Since coming to the US for training camp I’ve been getting in top shape both mentally and physically.”

“This fight is very important for me. I’ve come a long way to get here and I believe it is going to be a very tough fight.”

Fujimoto, the #13 ranked Heavyweight with the WBA, admitted watching videos of Dubois’ fights in the lead up to the Copper Box showdown but said he hadn’t been doing anything particularly special in training.

“Not really no” he said, “mainly just sparring with big guys like Dubois”.

At 6’5” and weighing over 17st at the last count, Daniel will be one of the bigger men Fujimoto has ever faced.

The smaller man did suggest however that he was looking at ways of making his experience pay dividends once the two square off.

“He’s a very young fighter, so he fights energetically. I’m working on how to overcome that.” he said cryptically.

That energy has led Daniel to be considered by many to be the most exciting young prospect in the sport and helped him accumulate a record of 13-0 with 12 KO’s – a staggering 92% knockout ratio.

Besting ‘Dynamite’ is no easy feat, but one thing that Fujimoto is keen to do is put on an impressive display for the UK fans and make his home support proud.

“In a country like England, where boxing is very popular, I want to make a good impression.”

He continued: “I’m going in there to fight and make everyone in Japan proud. I promise to put on a good fight and win.”

With the serious business having begun, fans across the world have less than 3 weeks to wait to find out whether Fujimoto is the man to stop the feared Daniel ‘Dynamite’ Dubois.