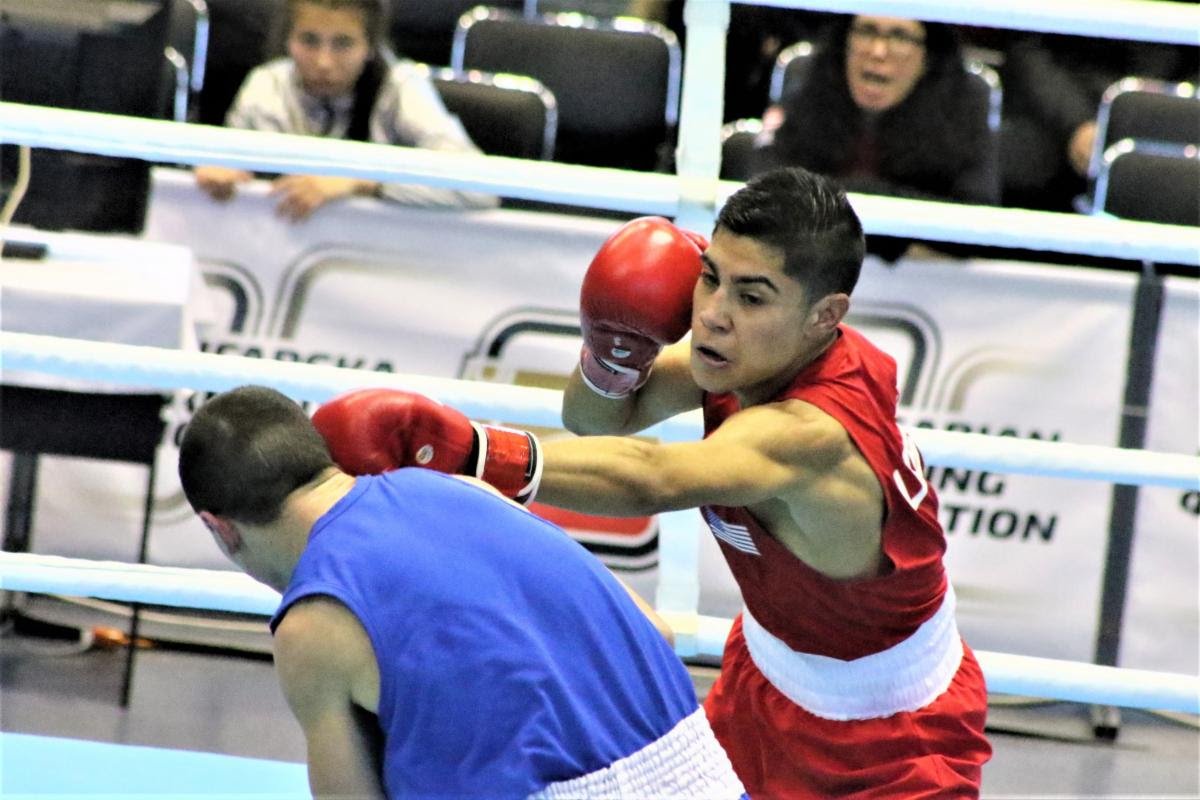 From the mean streets of East Los Angeles to a berth on Team USA is a remarkable achievement for the 19-year-old flyweight Anthony Herrera, who recently was selected to be a member of the 2020 Olympic Games Tokyo Boxing Qualification Team.

“Since I was very young,” Herrera spoke about growing up in East LA, “my parents always kept me in sports. Being so occupied with sports was actually a distraction from what was going on around the city. So, I never had time to get into trouble and my parents kept me away from a bad lifestyle.

Once I started boxing, I took it seriously, staying focused and setting goals. I was a little older at that time and whether or not I wanted to partake in boxing or wanted to make a career out of it was all up to me, and I always had my parent’s full support. Boxing has been a big part of my life. I’m always looking forward to the next workout or anything boxing related. It’s part of my image at this point.”

For now, though, Herrera is preparing with his teammates at the United States Olympics and Paralympic Training Center in Colorado Springs for the America’s Qualification Tournament, March 26-April 3, in Buenos Aires, Argentina.

Herrera will qualify to represent his country at the Olympics by finishing among the top five in Buenos Aires, or first six placers at the World Qualifier, May 13-14, in Paris, France.

“I thrive under pressure,” Herrera said. “I don’t let the pressure get to me mentally so much that it negatively impacts my performance. It makes me perform better when I’m in the ring. I’ve been under pressure my whole boxing career. Not only has it made me a better fighter in certain situations that are intimidating, but also a stronger person overall. Going to Argentina is no different, the nerves are still there, but so is my determination to get to Tokyo.”

A 2018 National PAL and 2019 Western Elite Qualifier champion, Herrera recently finished second at the 2020 U.S. Olympic Team Trials and third at the 2020 Strandja Tournament in Bulgaria.

“The amateur boxing accomplishment I’m most proud of is making the United States Qualification Team as a flyweight,” he noted. “It was tough to make it here and knowing that I overcame the obstacles I faced on this long journey to where I’m at now makes me very happy. I can truly say I earned it.

“My first International boxing match (Strandja) was a little different from what I’m used to. The equipment we used and fighting without headgear created more risk when fighting, but I had fun in my first international fight. I already have the feel for that environment and am more comfortable now.

“I really enjoy training in Colorado Springs with my teammates, because it’s a great experience that only the best athletes get. I love training at home as well, but there are less distractions in Colorado Springs. I get to focus 100-percent on my craft and get to travel more.”

Herrera, who describes his style as a “swarmer”, applying pressure and breaking down his opponent, is living the dream.

“Fighting in the Olympics was always big for me, but getting a gold medal is my dream,” he added. “I’ve always wanted it because no one can ever take that away from me, and the story and work that is put behind a gold medal is priceless. In my opinion, it is harder than winning a world title in professional boxing. Being this close to the Olympics, I’m proud of myself but not satisfied. I know that I still have work to do and I’m taking one step at a time. The next step for me is to qualify for the Olympics at the Olympic Qualifier.”

Herrera attributes some of his success to learning from former and contemporary boxers, implementing any techniques that they use into his style, including, for example, the footwork and head movement of Julio Cesar Chavez Sr., and Mike Tyson’s set-ups from the body to head.

Tokyo is a long way from East LA for Anthony Herrera.