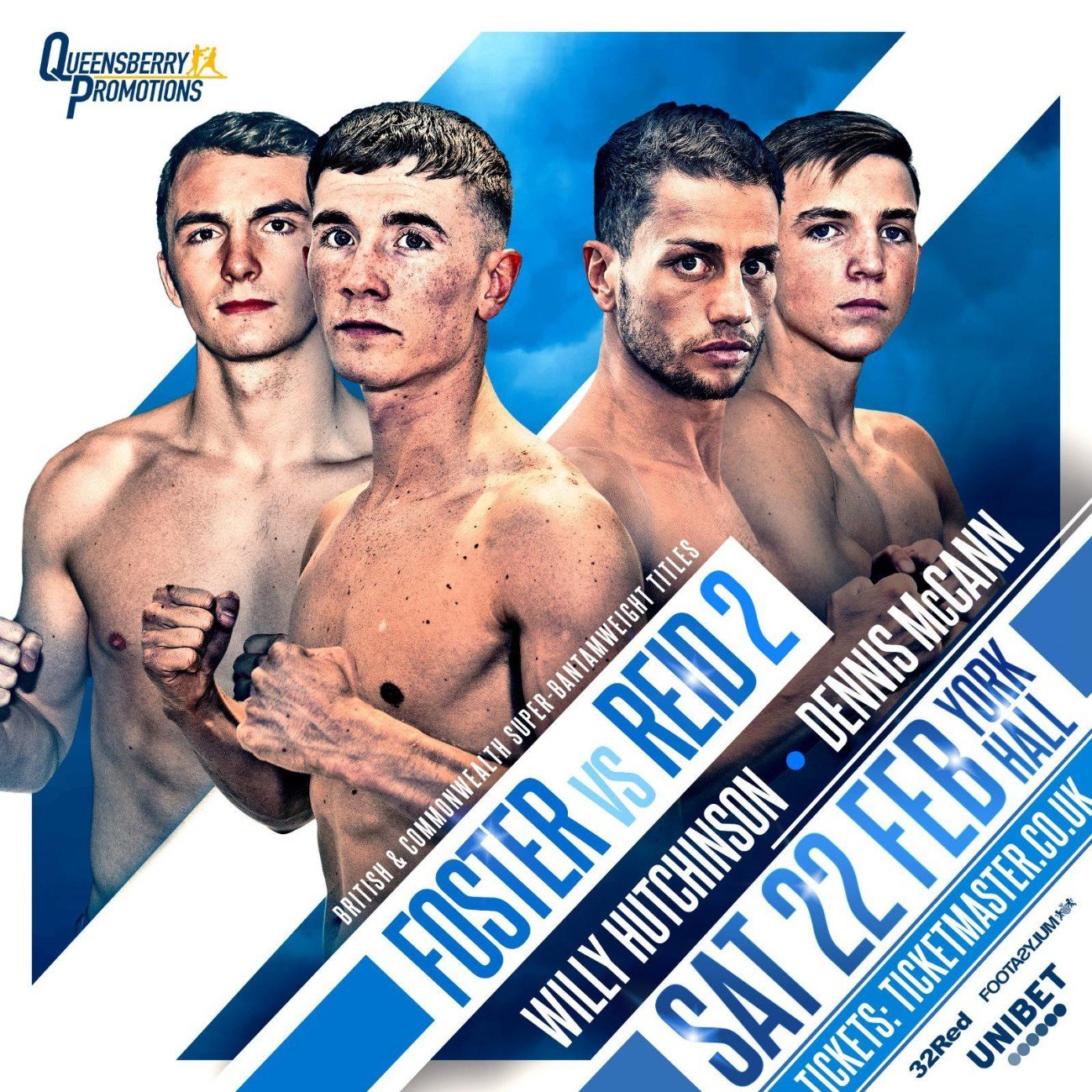 Fight content will be shared between the broadcast giants, giving Warren promoted boxers unrivaled coverage in Britain thanks to the ground-breaking initiative.

Hall of Fame promoter Warren said: “This is fantastic news for boxing, our boxers and even better for fans who now have another outlet to watch our exciting boxers.

“BT Sport is showing their long-term commitment to the sport and their desire to give boxing an even bigger audience is there for all to see with this new arrangement.”

When they fought each other last September, their fight ended in a controversial draw.

ITV1 coverage commences at 10.15 pm on Saturday. Besides the much-anticipated double title clash between Foster and Reid, unbeaten prospects Dennis McCann (5-0) and Willy Hutchinson (10-0) are featured in live televised action.

Warren added: “What a night Saturday promises to be starting with high-class action at York Hall where we have delivered the rematch fans demanded between Brad and Lucien.

“The bill is filled with young prospects and young Dennis and Willy will benefit even more from joint BT Sport and ITV1 exposure. This is brilliant for our boxers.

“Once the show finishes at York Hall it gets even bigger on BT Sport Box Office with live coverage of Tyson Fury’s rematch against Deontay Wilder – the biggest fight in the world this year.

“This unique broadcasting partnership will continue and that brings bigger exposure for our boxers who can become household names.”

Lichfield’s Foster had a stunning 2019 – taking the British title from Josh Wale before adding the Commonwealth crown when he stopped Ashley Lane in the 12th round.

His draw against Reid followed, but with added exposure, he is determined to show Londoner Reid and TV viewers who are the boss this weekend.

Foster, 22, said: “It is wicked being on BT Sport and ITV1. I was buzzing as soon as I was called with the news about extra television coverage.

“I am pressing to get in the world title picture and with even more people watching at home it can only benefit all the boxers.

“It is going to be a great fight and now everyone can watch Lucien and myself give fans a night to remember. It’s massive.

“Lucien and I have both been in there with each other and that makes the fight even tastier.”

Many ringsiders believed Reid deserved to win their first meeting and although one judge sided with him, the remaining two scored it level which meant the majority draw.

“It’s amazing news,” said Reid who was a decorated amateur.

“All the sports fans have BT Sport, but ITV can take it to another level by hitting the general public who might not watch boxing regularly.

“This arrangement means it is an even bigger audience that will watch me showcase my skills against Brad.

“There is rivalry from the first meeting, we’re both good and people will see two Super-Bantamweights flying at each other. There will be speed, skill and it’s a great fight.

BT Sport’s live broadcast from York Hall starts at 8 pm. Among the activities included on Fight Night Live is the British Super-Middleweight title eliminator between Kody Davies (10-0) and Umar Sadiq (9-1).