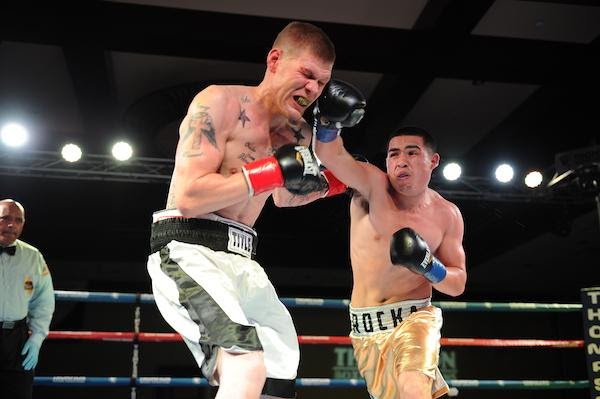 The 6-round fight, the first for Armenta as a professional, comes against a seasoned boxer in Miguel Lopez from the Hernando de Villafañe in Lopez’s hometown of Guasave, Sinaloa.

Armenta, who is trained by Cuban Juan Quezada, hails from Guamuchil, a town about 45 minutes east of Guasave.

“Lopez is a dangerous opponent so I expect a tough fight,” said Armenta, who will be fighting for the fifth time this year. “He’s not someone that you can easily knock out. We’re prepared to give a great fight and if we follow our game plan, the knockout will present itself.”

Armenta, 23, is unfazed by the experience gap between himself and Lopez. As an amateur, he tallied about 250 fights and won numerous regional and national tournaments in Mexico.

“I saw a lot of different styles in the amateurs,” Armenta said. “I’ll be ready for whatever Lopez brings on Saturday night. I’ll have a lot of support behind me. My hometown isn’t very far from where I’ll be fighting. My fans are going to see a great fight.”

Madueño, like Armenta, is a graduate of one of Mexico’s most renowned boxing academies – Centro de Alto Rendimieto de Boxeo. The academy, which prepares its students for careers in boxing, also consists of an academic and civic component that strives to develop solid citizens out of its alumni.

Madueño, 19, will be making his sixth start of the year.

“When we signed Armenta and Madueño the goal was to keep them active right from the start,” said Alex Camponovo, longtime matchmaker and general manager for Thompson Boxing. “We’ve been able to get them plenty of fights in Mexico with the understanding that they’ll soon be fighting in the United States as early as next year.”