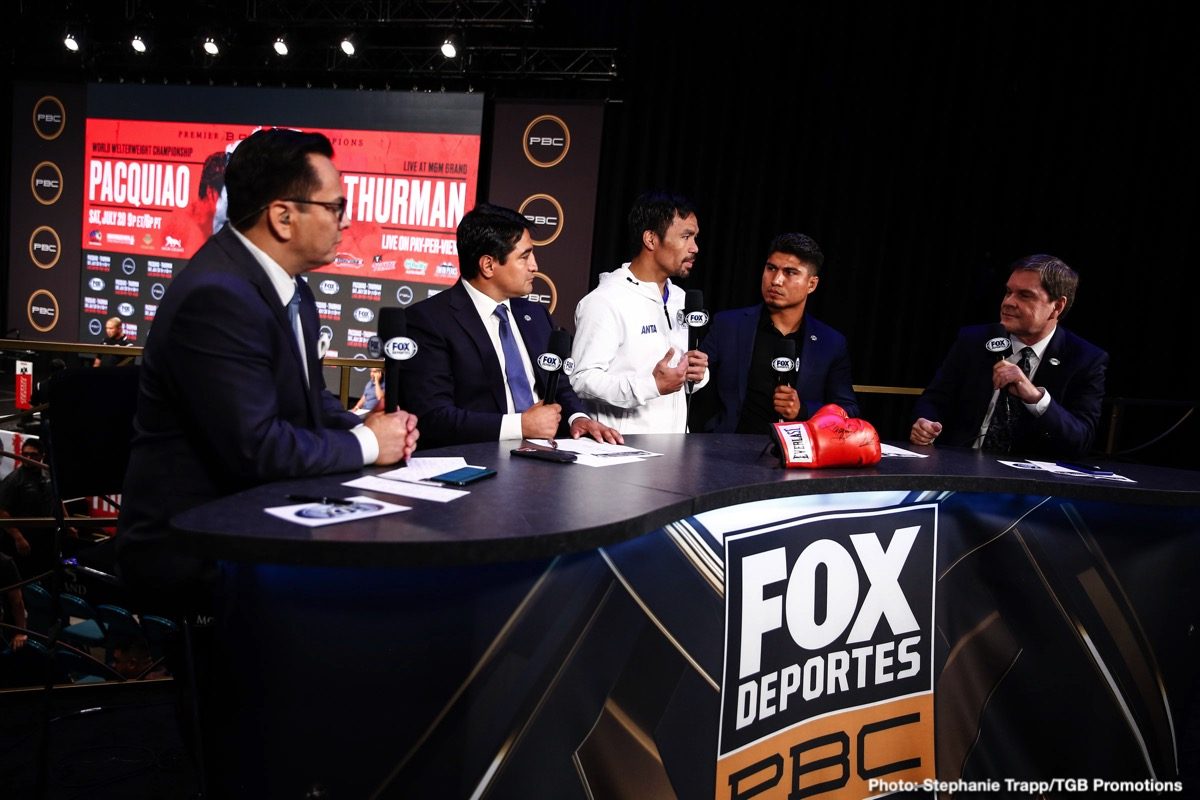 Leading up to boxing’s biggest night of the summer, FOX Sports will live stream three undercard bouts on Saturday, July 20 from the MGM Grand Garden Arena in Las Vegas leading up the FOX PBC FIGHT NIGHT. The bouts will be streamed on FOXSports.com, the FOX Sports PBC on FOX YouTube channel, Facebook page and Twitter starting at 4:45 PM ET. They will also be available via the FOX Sports Pay-Per-View stream starting at 6:00 PM ET.

Leading up to the fights, PBC fighters offer unique, behind-the-scenes clips on the FOX PBC social pages. Follow @PBConFOX on Twitter, Facebook and Instagram for all updates throughout the #PBConFOX fights Saturday. Watch for the FOXRingPass, taking viewers behind the scenes and into the action on both Instagram and Facebook Stories.