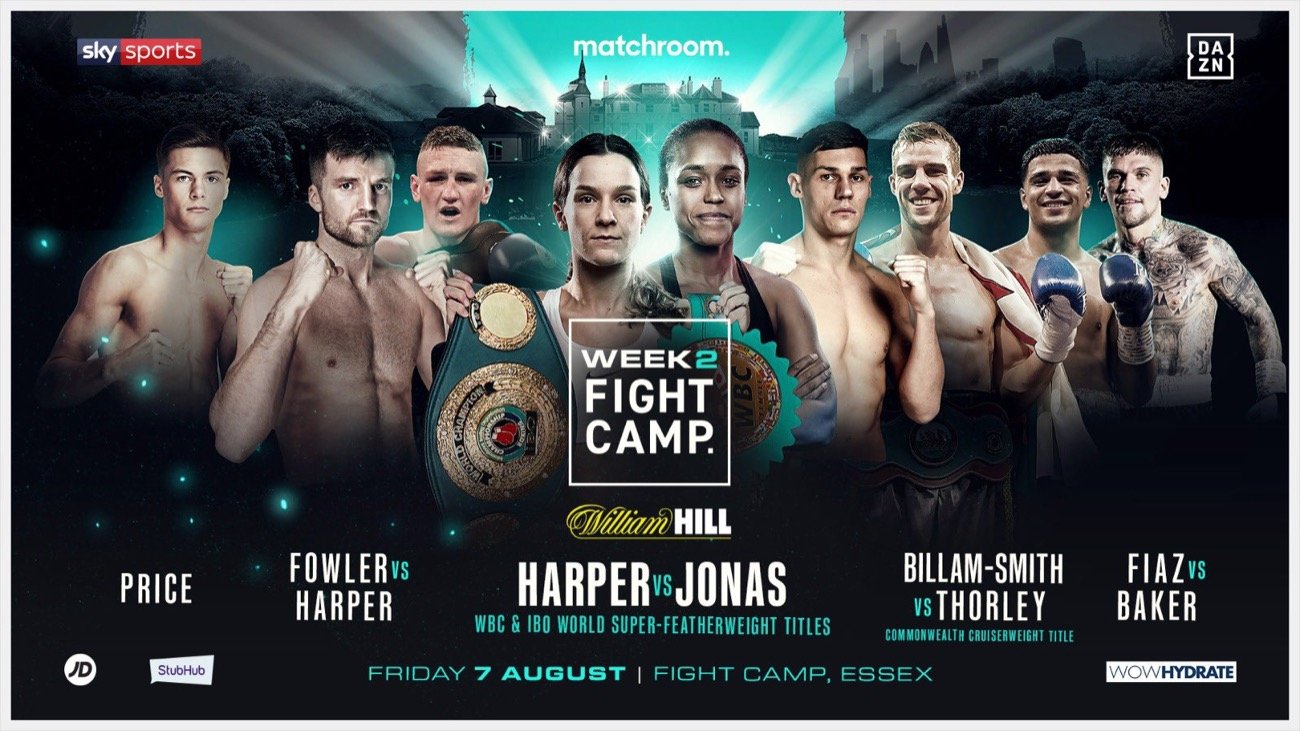 Jason Welborn, Adam Harper, Rachel Ball and Kane Baker all feature and will be in action for Fight Camp 2 & 3 on the 7thand 14th August.

On Friday, 7th August, Liverpool Super-Welterweight Anthony Fowler (12-1, 9 KOs) is Adam Harper’s (9-1) opponent as the Tewkesbury Tornado makes his ring return after a two-year sabbatical from the sport.

Harper lifted the English Super Welterweight strap in his last fight, against the previously unbeaten Bird, and is a former Midlands Area Champion to boot.

Oldham Lightweight prospect Aqib Fiaz (5-0) steps up against Birmingham’s former Midlands Area Champion Kane Baker (13-6). Baker was due to challenge for the English Title before lockdown and still has his eyes firmly set on national honours.

A week later and it is Jason Welborn (24-8 7KOs) who tops the bill as he takes on Felix Cash (12-0, 8 KOs) for the latter’s Commonwealth Middleweight Title on Friday August 14.

The Black Country former British Champion, who challenged for the World Title just two fights ago and is hoping to get back in the mix with a win over Cash.

Walsall’s Rachel Ball (5-1) will give Watford Super-Bantamweight Shannon Courtenay (5-0, 2 KOs) her toughest test to date as she looks to make waves in the super bantamweight division.

“We are really grateful to Eddie Hearn and his Matchroom Team for their help and support. To have four of our boxers in huge fights live on Sky is a massive opportunity for them, and our BCB stable.

“We’ve been saying to our fighters throughout lockdown ‘stay fit, stay ready’. Thankfully they have and look at the opportunities that have now presented themselves. We’ll be going there to cause a few upsets and to show that Black Country boxing is on the rise.”