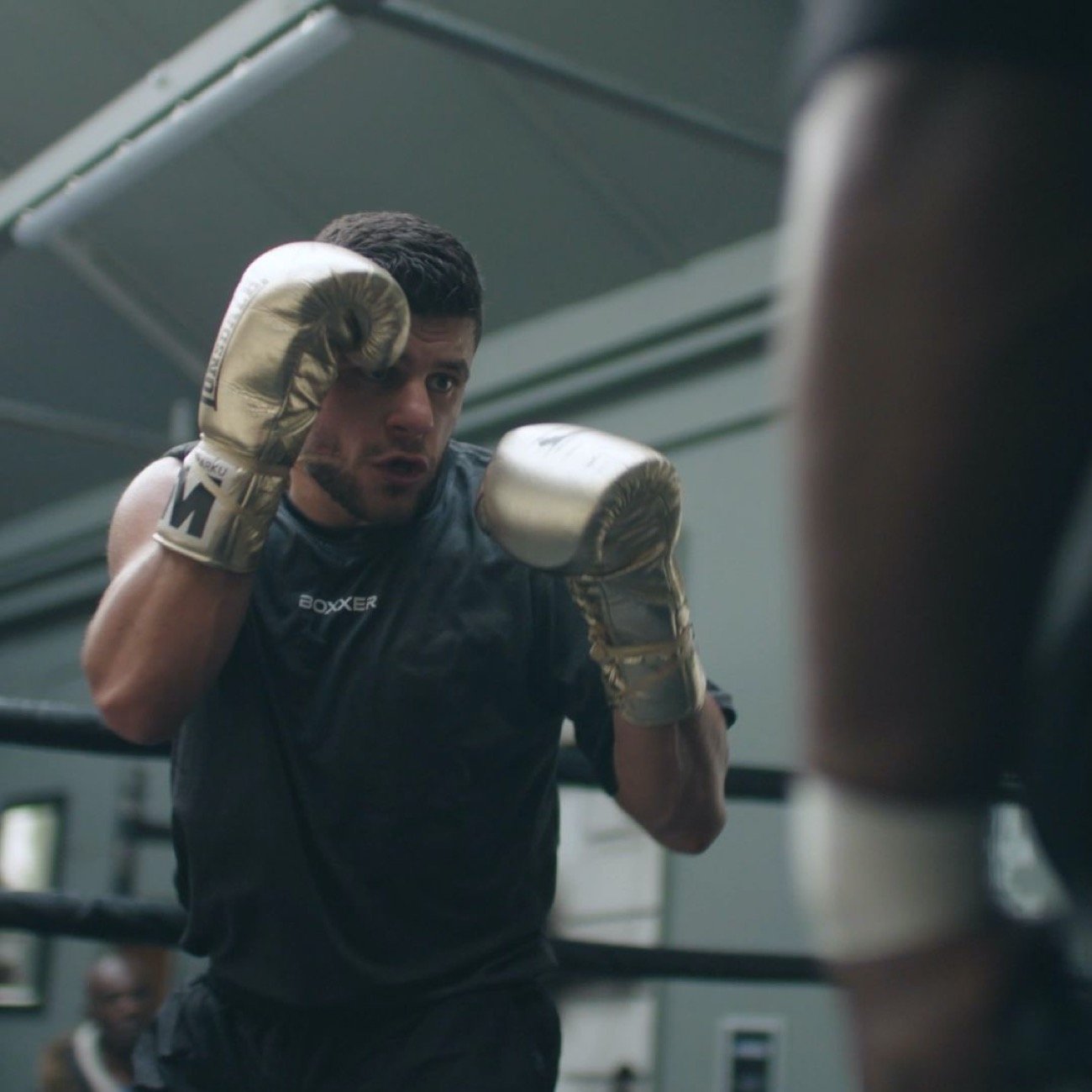 The power-punching 28-year-old has attracted a celebrity fan following with Albanian football stars in the Premier League all eager to watch him fight, including Liverpool’s Xherdan Shaqiri and Arsenal’s Granit Xhaka and Shkrodan Mustafi.

Marku’s first fight under the new agreement will be on Tuesday 10th November, when he features on UB7 Super-Middleweights alongside reality star and Love Island winner Jack Fincham, behind-closed-doors, at the BT Sport studio in Stratford, East London.

The brash and flash Marku is not shy calling out his rivals and one is firmly focused in his sights – Connor Benn. Marku has also given Benn’s promoter Eddie Hearn a tongue lashing as he looks to force a showdown with Hearn’s over protected asset.

Marku stormed, “I want this fight to happen. I’d like to see if Eddie (Hearn) wants to stop protecting this little girl. If given the opportunity, I promise my fans will fill the O2 Arena (in London) and I will knock this coward out!”

His fanatical and fiercely loyal followers have seen him sell out the iconic York Hall on his own, creating an unrivalled carnival like atmosphere and with huge queues outside hoping to get a glimpse of their idol.

Known as the “Albanian King”, Marku hails from Lushnje, Albania and moved to Greece when he was four. Now based out of Finchley, North London, he is extremely proud to fight for his home country where he is feted as a national hero.

The powerful 5′ 8½″ southpaw is famous in Greece and Austria and across Europe where he had over 100 kickboxing and MMA fights, winning three world titles and developed his reputation for action and KO’s. He switched to boxing after a kickboxing injury, but his combined unbeaten run in both combat sports still spans over 10 years.

Marku has featured previously on UB shows (UB5 & UB6) where he put on scintillating performances. There is plenty of buzz around UB7 following the implementation and announcement of new and exciting changes for the next thrilling instalment of the knockout tournament.

UB7 will present its first ever four-man competition format; the first ever UB tournament on a Tuesday Fight Night; simulcast LIVE on BT Sport and free-to-air ITV4; Fincham’s pro debut, plus UB Champions Derrick Osaze and Mikael Lawal on the undercard.

Marku is thrilled to be joining BOXXER and can’t wait to get in the ring on November 10. He said, “I am extremely happy to sign with BOXXER who I one hundred percent believe can take my career to the next level. I know that they have my ambitions and targets as a priority as we enter this new phase and I’m excited by what the future holds. BOXXER have placed their belief in me becoming a champion and I intend to deliver on that starting on November 10.”

BOXXER Founder Ben Shalom, the youngest licensed promoter by the BBBofC, is delighted to welcome Marku to the team. He said, “Florian is a superstar inside and outside of the ring. He’s an icon to his loyal followers and we love what he stands for. We’re really excited to welcome him to the BOXXER family and look forward to a very exciting future with him and his management team.”

S-JAM Founding Partner Sam Jones added, “I’m delighted that Florian has teamed up with BOXXER and I believe that it will be the perfect platform to keep building and developing him as he prepares for a huge 2021 that will see him in massive fights and challenging for titles.”