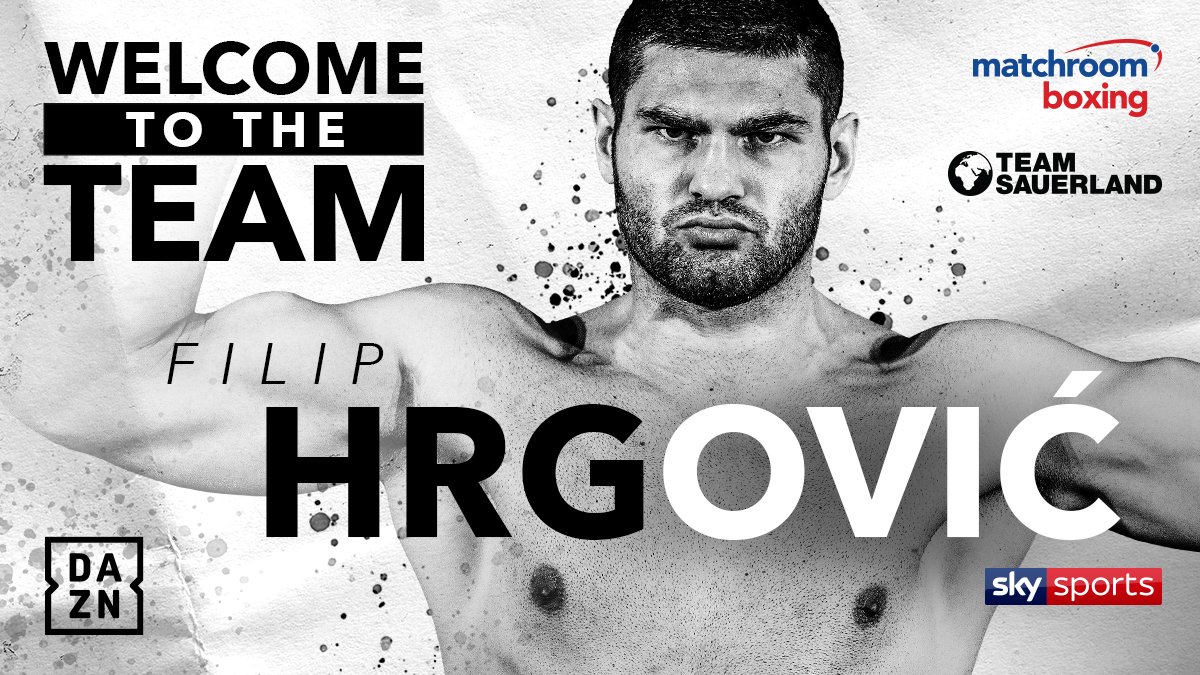 Filip Hrgović has signed a co-promotional deal with Matchroom Boxing and Team Sauerland, with his future fights to be screened exclusively live on DAZN in the US and Sky Sports in the UK.

The Rio 2016 Olympic Bronze Medallist has made a blistering start to his professional career, racing to seven wins from seven fights – with five of those wins coming by knockout – since making his pro debut in September 2017.

Ranked in the top ten in the World with the WBA, the 26-year-old Croatian star already finds himself being positioned for a World title fight, having been matched aggressively from the very start of his career.

He sent shockwaves through the Heavyweight division with a sensational third-round knockout win over Amir Mansour to claim the WBC International belt in his hometown Zagreb, and also has notable wins against former World title challenger Kevin Johnson and Brit Tom Little.

As Hrgović continues to climb the World rankings and move closer to an inevitable World title shot, the highly-touted prospect says he is delighted to be teaming up with Eddie Hearn’s Matchroom Boxing alongside his current promoter Team Sauerland.

“I am very happy and honoured that my promoter Team Sauerland will be working with Matchroom Boxing, DAZN and Sky Sports to deliver me big fights as I continue my World title quest,” said Hrgović. “This will be great for my career and proves I am one of the best prospects in the business. My goal is to become World Champion and to hold all the belts in the Heavyweight division. I know to be the best, I will have to beat the best, and as I proven so far in my professional career, I am willing to fight any heavyweight out there.

“I look forward to being involved in huge fights all around the World and showing boxing fans what Filip Hrgović can do!”

“Heavyweight boxing is currently enjoying a huge resurgence and we believe Filip Hrgović is the most exciting up and coming fighter in the division,” said Nisse Sauerland. “We’re delighted to be working with Eddie Hearn and Sky Sports, with whom we have always enjoyed an excellent relationship, and DAZN, who are doing great things for boxing in the US, and plotting a route forward that will take Filip to the top of the Heavyweight pile.”

“I’m excited to team up with Team Sauerland to work on an exceptional young Heavyweight in Filip Hrgović,” said Eddie Hearn. “Everyone in the sport knows what a threat this man is and he is already willing to jump in big fights at such an early stage in his career. Fans will get to watch Filip all over in the World competing in all major fight cities – don’t blink!”