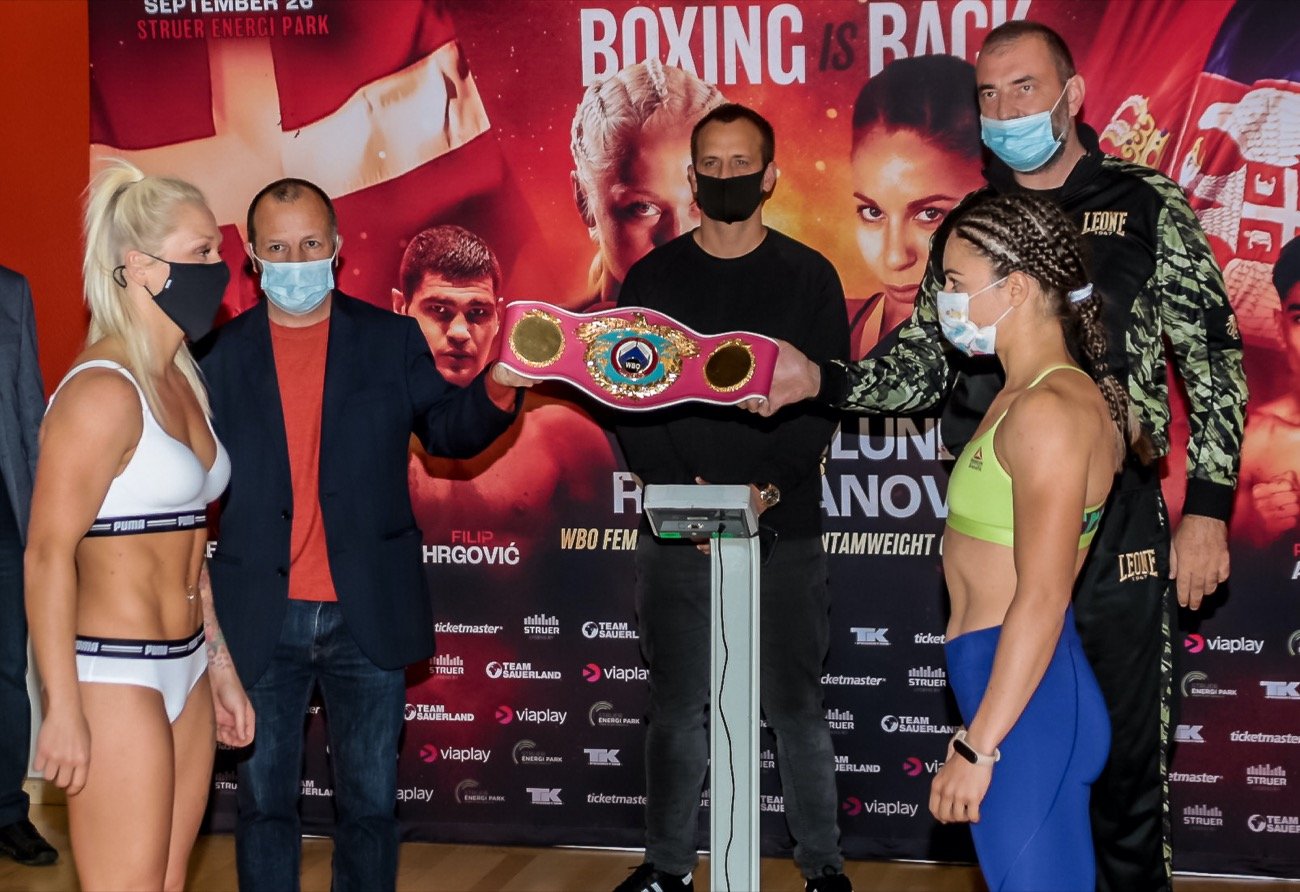 Dina Thorslund (14-0, 6 KOs) and Nina Radovanovic (14-3, 3 KOs) both made weight ahead of their WBO Super Bantamweight World title clash this Saturday night at the Struer Energi Park in Struer, Denmark.

The quick handed Thorslund has told fans she’s expecting to knock out her challenger, whilst Radovanovic says she has never felt better prepared. 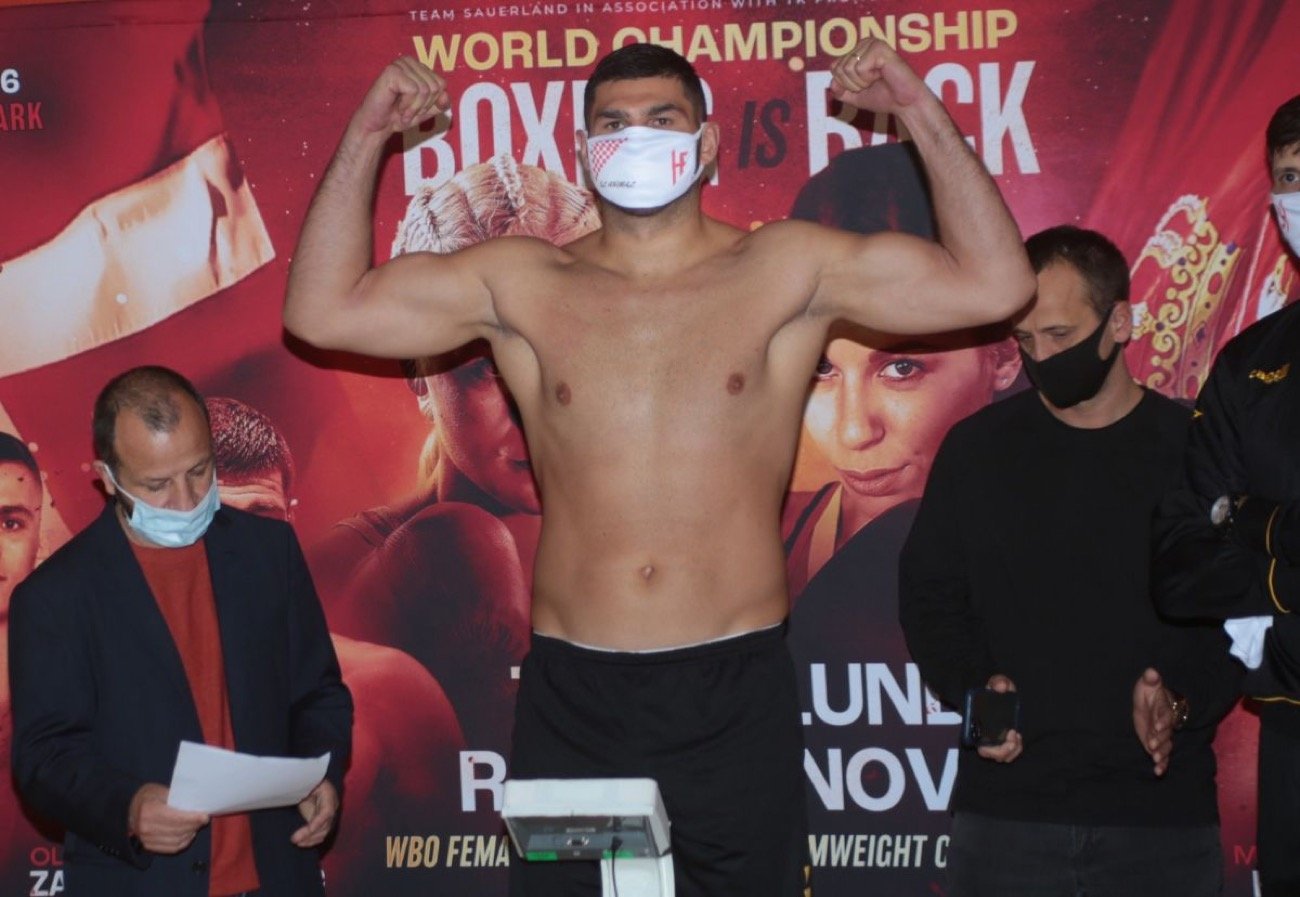 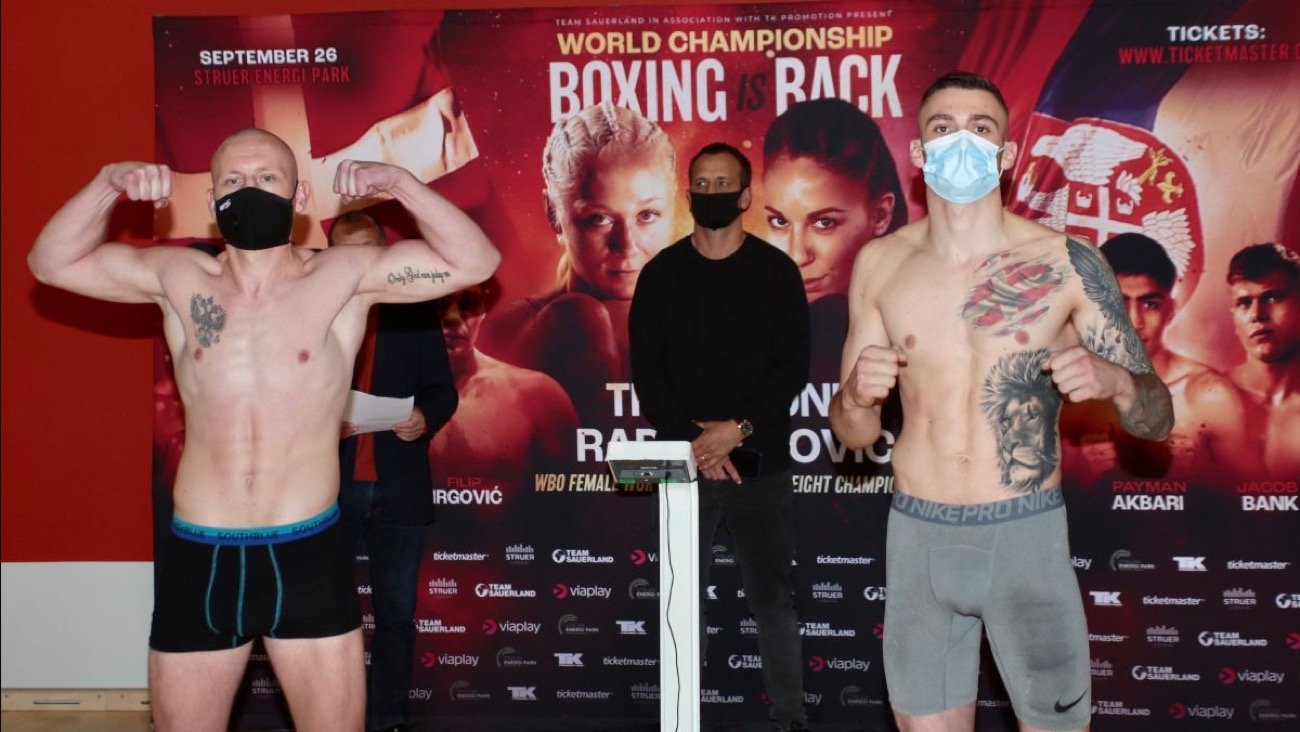 Filip Hrgović (10-0, 8 KOs) will have a new opponent on Saturday night as he will now face off against Greece’s Alexandre Kartozia (8-1-1, 7 KOs) at the Struer Energi Park in Denmark, who has replaced Ondrej Pala.

Following a short notice withdrawal from Pala and with no time to spare, Team Sauerland are delighted to confirm that the heavy handed Kartozia has accepted the fight and will arrive in Denmark shortly.

Kartozia will be fighting for the second time this year having secured a third round knockout victory over Mexico’s Manuel Duran at the Big Punch Arena in Tijuana on January 25th.

“People think he is scary because he has a good amateur career and his nickname is The Animal,” said Kartozia. “Well, I fear no man. He has never felt power like I have and I hope he overlooks me, because this Saturday night I will create history and change the future.”

“Obviously a short notice change of opponent is never ideal for the fighter,” said Promoter Nisse Sauerland. “It is difficult enough to find opponents for Filip at the best of times, but especially during the current situation.

“Kartozia says he is going to fight fire with fire and that he is a true gladiator, so we are sure both men will put on a great show and the fans at the Struer Energi Park Arena will not be disappointed.”

Hrgović vs Kartozia is as a co-feature to local hero Dina Thorslund (14-0, 6 KOs) in Struer as she defends her WBO Female World Super Bantamweight Championship against Serbian challenger Nina Radovanovic (14-3, 3 KOs).