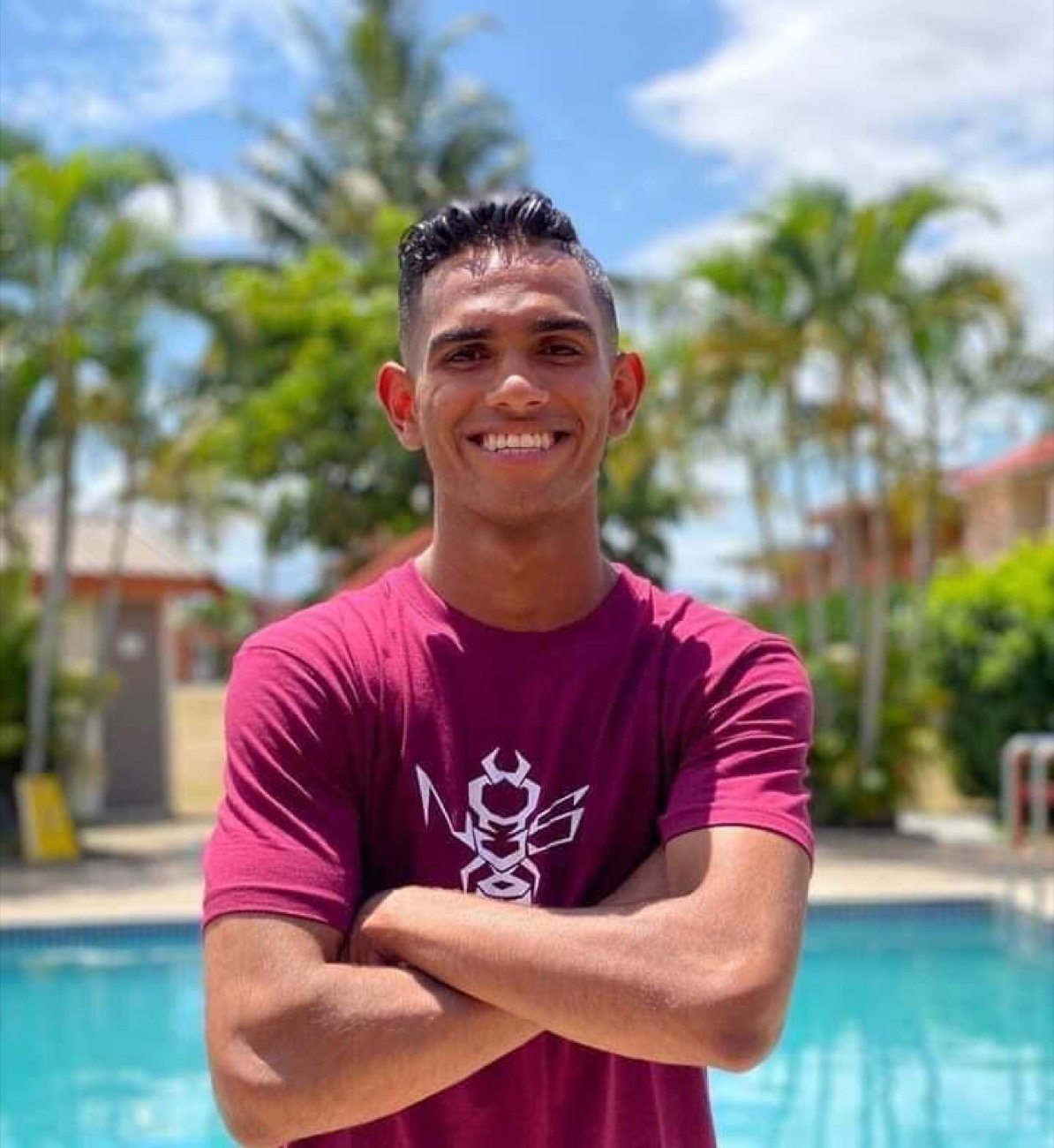 21-year-old decorated Fijian amateur standout, The Prince of Fiji, Nathan “The Hornet” Singh (3-0) returns to the ring March 20th at Prince Charles Park as the co main event of the Blockbuster Fiji event.

Fighting out of Suva, Singh made an impressive professional debut and has quickly moved to 3-0 in the pro ranks and is set to challenge for the Ronald “The Terminator” Naidu for the Fijian national Jnr Welterweight title over 10 rounds.

Singh has not fought since February due to the global pandemic and is relishing his chance to get back in the ring and challenge for his first title.

For his part Naidu, is the vastly experienced fighter with 18 professional fights with an accumilative 111 rounds, a former Australasian Champion in his own right.

“Ronald is the more experienced fighter in the professional ranks and despite the fact that I’m moving up 7 weight divisions to fight him, I’m grateful that he has accepted the challenge. I’ve been waiting for the NABF Super Featherweight champion Sachin Mudaliar and brother who is the current Fiji Lightweight Champion for over a year but I’m looking to the future and I’m ready to fight anyone, I’m not interested in the money, I’m interested in fighting and getting closer every day to a world championship, im 21 and have plenty of time.

My manager Tony Tolj has been work hard behind the scenes and I plan on being a 7 weight division champion from Super Fly to Super Lightweight and then then go abroad and put Fiji boxing on the map”.

Fighting out of Suva, Fiji Singh made an impressive professional debut and has quickly moved to 3-0 in the pro ranks

Singh is set to Challenge for the Fijian national title in the coming months.

Singh has not fought since February due to the global pandemic, he chose that period to enhance his backroom staff with a man continuously building world champions in Tony Tolj. The experienced boxing manger adds Nathan Singh to his talented and ever-growing stable which boasts over 50 fighters including the likes of World rated Andrew & Jason Moloney, Andres Campos, Bruno Tarimo also having also worked with the likes of WBA Fighter of the decade Chris John in the past.

Singh remains undefeated with 19 amateur fights and 3 professional fights. Australian hall of fame trainer Johnny Lewis has gone on record as stating that Singh is the best Fijian boxer today.

Singh has great enthusiasm about his career and gave his thoughts on his new team, goals in boxing and he is not messing about

“Signing with Tony Tolj and Dragon Fire Boxing is a blessing. A gift from god for passing all his tests in life. Ever since I was told by my father about this opportunity I’ve been so excited and looking forward everyday when I close my eyes before bed and open my eyes the next morning it’s all I think about, just cant wait to smash some heads and show the world what I got.

Training with the likes of the Moloney Twins, Bruno Tarimo, Andres Campos and others means better preparation, quality sparring, moving levels above and a step closer to achieving my goals

Growing up in Fiji, It was tough not only for me but also for my family. During heavy rain our house would be under water than soon left without a house. My older brother 26 was sleeping in his car. My dad would spread cartons at the government gym for shelter. My mother at my grandmother’s house. Me and my little brother at my previous managers house. Everything I and my brother have earned has got us a little stability. I’m grateful to god for testing me and finally opening doors for me not only me but also my family

My father is my hero, for the past 44 years he had one dream and that is to train a world champion. Before he perishes I want him to see me become world champion.

I would like to thank all my supporters so much for the love and support. Without the fans there are no boxers. God Bless”.

Tony Tolj commentated further on his newest acquisition “He’s a good quality boxer with massive potential and I’m delighted to welcome to our team. One thing I look for in all my boxers is character. We can achieve as much as he wants in the sport, he’s got a great heart and character, as well as being a talented fighter. Im looking forward to the journey of The Fijian Phenomenon Nathan “The Hornet” Singh.

Venezuelan Ronald Chacon (23-1) managed and promoted by Orangel Ramos and Talento Activo has joined the every growing stable of powerhouse Boxing Icon Tony Tolj, who will be the International Promoter if Chacon.

Chacon has racked up an impressive 23 victories with the sole defeat while moving up the world rankings, being currently WBA World #7 and IBF World #9

“This is a dream come true, I have such a strong team with Mr Orangel Ramos and Talento Active, the biggest and best Managerial and Promotional team in Venezuela. Now to add someone like Mr Tony Tolj and his international Dragon Fire Boxing team I know my future is in good hands and we will secure a world title Championship opportunity.

“First and foremost its an honour to work together with my dear friend Sir Orangel Ramos and his excellent company Talento Activo, he has been a shining light in boxing in Venezuela so for me to collaborate with him is an honour.

When the time is right we will aiming secure the World Championship match and bring some glory back to the great country of Venezuela.”