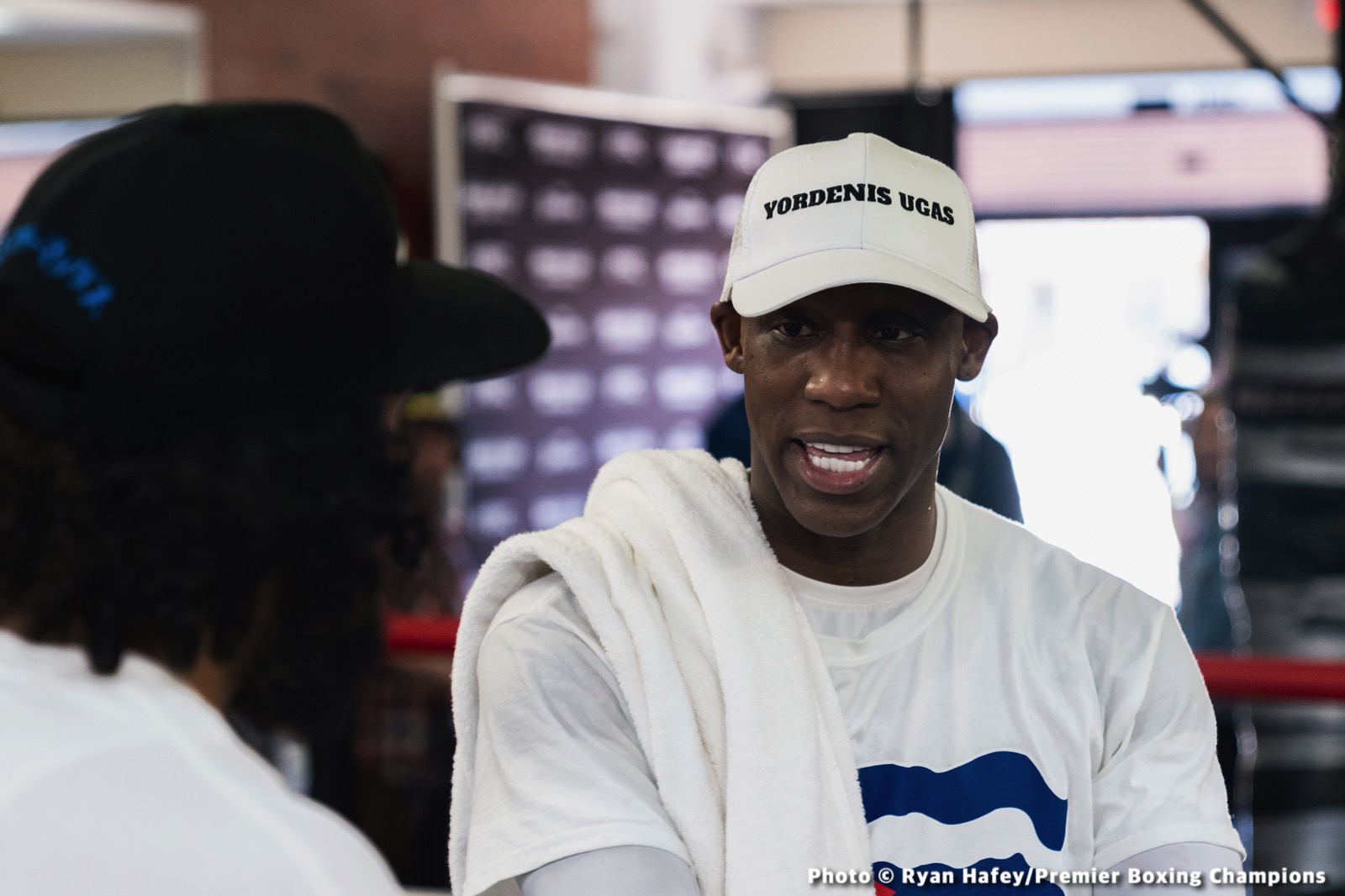 Tickets for the April 16 live event at AT&T Stadium, which is promoted by TGB Promotions and Man Down Promotions, are on sale now and can be purchased at SeatGeek.com, the Official Ticketing Provider of AT&T Stadium.

Just the 12th unification fight in the rich history of the welterweight division, Spence vs. Ugas will join other classic unification matchups at the weight class such as “Sugar” Ray Leonard vs. Thomas Hearns I and Floyd Mayweather vs. Manny Pacquiao. Ugas will look to join Trinidad on the list of unified welterweight champions, as Trinidad unified 147-pound belts in a 1999 victory over Oscar De La Hoya.

“I remember watching Felix when I was a teenager and he fought against De La Hoya. Everyone in Cuba was talking about that one. That fight really blew my mind. It was amazing to watch Felix go toe-to-toe with Oscar. To see Felix achieve something so incredible was a great inspiration.

“Ismael Salas is one of the best trainers in the world. When I was out of the sport for over two years, I went to the gym with him and he built me back up to where I am now. He’s been a great influence in my boxing career and he’s helped me reach the heights I’ve been able to achieve.

“I love my country, but I am also always asking for a free Cuba because I want a better future for the country that I represent and love with all of my heart.

“I did my job against Manny Pacquiao. I took the fight on 11 days’ notice. Whatever Spence said about what he would have done against Pacquiao, I’m not concerned. I’m only focused on the challenge that I have against Spence.

“I had to leave Cuba on a speedboat, never knowing if I’d see my family again. I didn’t see them for almost a decade. I had to overcome everything alone. Not only professionally, but personally I had a lot to overcome.

“This is such a dream come true to be here talking with one of my idols in Felix Trinidad. It’s truly amazing. I’m very thankful to be in this position.”

“When I watched the Manny Pacquiao fight, I watched Ugas represent Cuba in an amazing way. I believe that Ugas can emulate what he did against Pacquiao in the fight against Spence. His speed and precision is going to wow the crowd in this fight.

“This is going to be a fight of a champion against a champion. When I fought De La Hoya, I knew that I had to go all out and couldn’t leave anything in the tank. I believe in Ugas and I believe he’s going to make us all proud.

“Errol is a rangy, tall southpaw. Instead of trying to go up against their right hand, I wanted to let a southpaw throw their biggest shot and dodge it, so that I could deliver my most powerful shot. I’d tell Ugas to let Spence throw that left hand and dodge it.

“I was fortunate as a Puerto Rican and a U.S. citizen where I could always feel the support of my family throughout my career. I had a very close circle of trust and that helped me greatly.

“Ugas’ best attributes are the ones that are most similar to mine. It’s the conditioning and the mentality. He brings what he works on in training and uses it in the fight so well. He brings that preparation into the ring just like I used to. It makes me believe in him and I know that he’s going to do well.

“I would tell Ugas to stay close and be on offense. Don’t let Spence come to you instead. The jab with the right and uppercut with the left is the best combination that will work for you.

“I had a wonderful career with so many memorable experiences and great fights. Now I’m concentrating on my family and this is a chapter I’ve been treasuring a lot. I’m very happy with the life that I’m living now.”