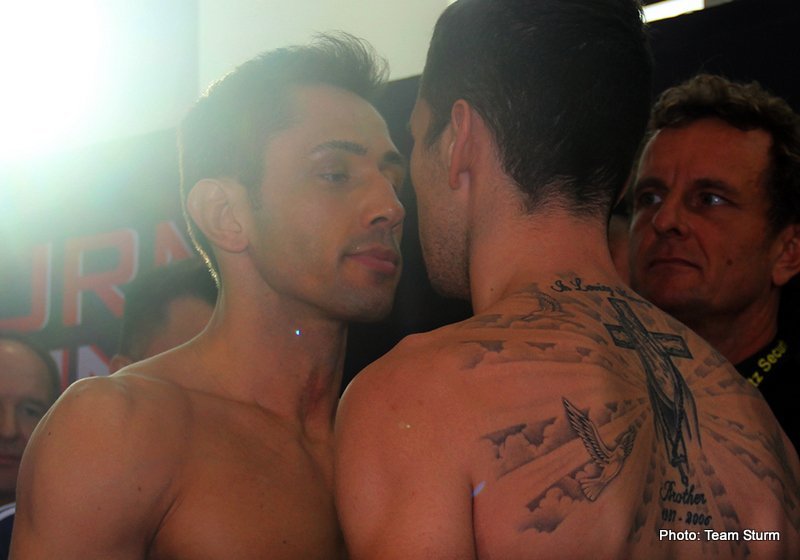 Former WBO, IBF and WBA Super champ Felix Sturm will make a comeback on December 19 after a 4-year long break from boxing. Sturm, who fought for Hamburg-based Universum Box Promotion, now wants to prove that there will be no ring rust to see when he steps back in the ring against an opponent to be named on a Universum fight night event in December.

The venue and opponent will be announced shortly. The negotiations are nearing completion. Sturm will fight a 10-rounder. BILD+ will exclusively broadcast the fight for German boxing fans and will stream live from 7 pm on.

Universum CEO Ismail Özen-Otto: “We are pleased that Felix has returned home to Universum, where his professional career began almost exactly 20 years ago. The five-time world champion from three federations will certainly contribute to making the German boxing scene more exciting to the general public again”.

Felix Sturm: “I am returning back to my roots with Universum. I am ready to fight the best in the world. The journey has only just begun…”

Leading up to this fight, Milton, who is being guided by the management of Victory Sports & Entertainment, spent time in training camp with Luis Ortiz (31-2, 26 KOs), who fights this Saturday on FOX.

“I had a great camp, it was tough, and I am very focused to provide a great fight come November 6th,” said Jeremiah Milton. “I worked with Luis Ortiz for this camp and learned a lot. I am gaining a lot of experience and am excited about my second professional fight. I’m ready to go out there and let my hands fly.”

“Jeremiah is getting better and better with each training camp,” said Mike Leanardì, CEO of Victory Sports & Entertainment. “We plan on keeping him busy and have high hopes for him as a professional. His fight against Swaby will be a tough fight, but one we believe he will win impressively.”

“Milton has made a lot of sacrifices as a fighter and it will show in this fight,” said Rick Torres, of Victory Sports & Entertainment. “He knows what he wants and is excited about fighting in his second professional fight. This will be a televised fight on Impact Network so fans will get a chance to see him in action. We are excited about his future.”