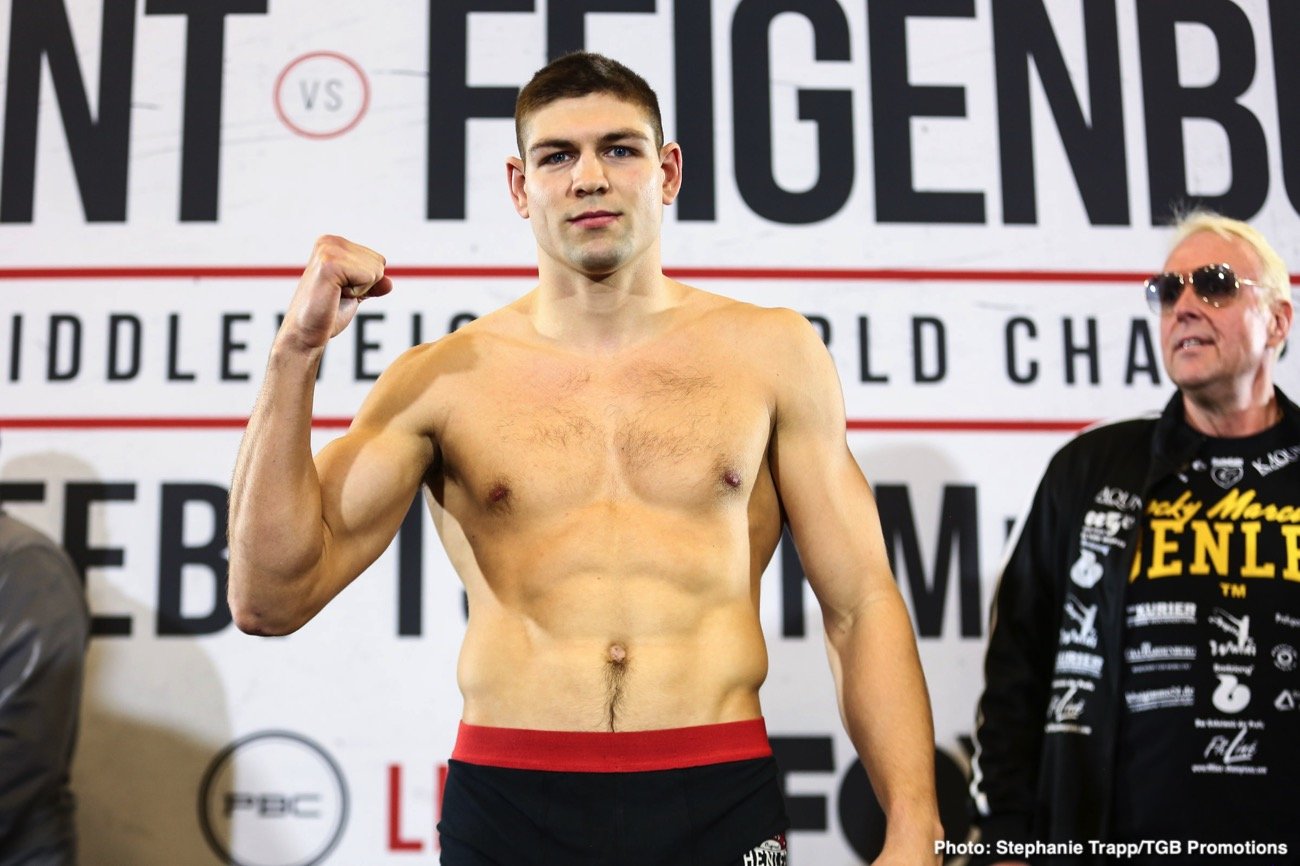 Former WBA Super Middleweight World Champion Vincent Feigenbutz (31-3, 28 KOs) will make his middleweight debut against ‘The Hammer’ Jama Saidi (17-1, 7 KOs) on August 28th at the Harvel Studios in Berlin when the German duo challenge for the IBF Intercontinental Middleweight title.

The intriguing clash between Feigenbutz and Saidi will be chief support for a triumphant return of big time boxing in Germany as hotly tipped contender Abass Baraou (9-0, 6 KOs) faces the toughest test of his career against former World Champion Jack Culcay (28-4, 13 KOs).

Feigenbutz, known as ‘The KO King’ due to his 82% knockout rate, has campaigned at super middleweight throughout his professional career and most recently fought for the IBF Super Middleweight World title against Caleb Plant (20-0, 12 KOs) in Nashville, Tennessee.

24-year-old Karlsruhe native Feigenbutz is eager to return to winning ways and show the German fight fans that he will reign supreme in the 160lbs division.

“I am pleased to be boxing again and I will show Germany who is the number 1 in the middleweight division,” said an assured Feigenbutz. “Thanks to my promoter Team Sauerland and AGON Sports for organising such a great event with Baraou, Culcay, Saidi and myself. Germany needs these fights!”

Former WBO & IBF European Super Welterweight Champion Saidi, who will be fighting for his first title in the middleweight division, is confident in delivering a memorable night of action for the fans.

“There is already a winner,” said Saidi. “It is German boxing because this fight is going to be spectacular! I am looking forward to the opportunity of fighting for the IBF Intercontinental Middleweight title against a great opponent like Vincent Feigenbutz.”

Nisse Sauerland, the long-term promoter of Feigenbutz, is delighted to work with AGON to deliver German boxing fans another great matchup.

“Between ourselves and AGON we have once again agreed another great fight between two of Germany’s best boxers,” said Sauerland. “Vincent has dropped down to middleweight and on August 28th he will take the first step on his journey towards a world title in this division.”

The event will take place on August 28th at the Havel Studios in Berlin and there will be further announcements shortly.