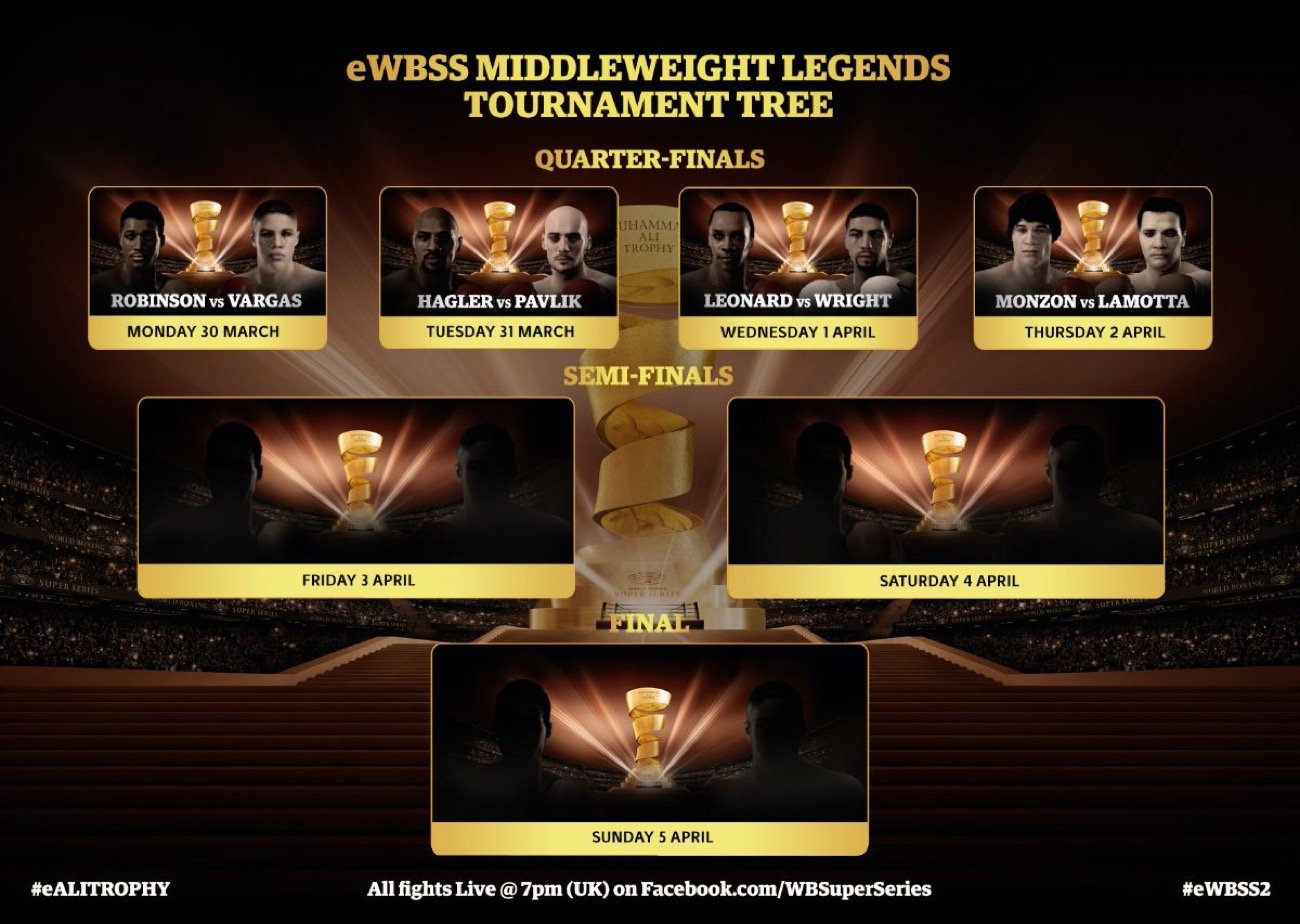 Monzon and LaMotta are not among us anymore, but their names and fame will never be forgotten by the fans of the sport.

Carlos Monzon held the undisputed world middleweight championship for 7 years and is widely recognized as one of the best middleweights – and across all divisions – ever to step inside the squared circle. The Argentinian retired in 1977 as a champion with one of the most impressive boxings records of 100 fights with 87 wins, 9 draws, 1 NC and 59 KO’s – his three only defeats came early in the career and they were all avenged!

Monzon was known for his speed, punching power, and never-ending work rate, and as able to adapt to whoever was put in front of him during a career of 14 years.

‘Raging Bull’ LaMotta is broadly acknowledged as of one of the toughest fighters of all time and for having fought the great Sugar Ray Robinson on six occasions – win only one victory for the bull from the Bronx. His chin was legendary, and his aggressive and relentless style embodied everything brutal about the sport.

In 1949, LaMotta defeated France’s Marcel Cerdan for the World Middleweight Championship. He kept his champion status until Sugar Ray Robinson ended his reign at the Saint Valentine’s Day Massacre of boxing in 1951. LaMotta took a horrible beating and the fight was stopped in the 13th round …

LaMotta’s life is the basis for one of the best boxing movies of all time, Martin Scorsese’s Raging Bull (1980).

Sugar Ray Leonard was part of the famous ‘The Fabulous Four’ consisting of himself and ’Marvelous’ Marvin Hagler, Roberto ‘Hands of Stone’ Duran and Tommy ‘Hitman’ Hearns. Four of the best fighters in history in boxing’s greatest rivalry.

Who is best of the four middleweight legends can be debated until the day we move around freely again in society, or maybe longer. One can lead the case for either depending on temperament and preferences.

In the case for Leonard is the fact that he beat them all, he lost one against Duran in their trilogy and drew against Hearns in a two-parter, but he conquered them all.

Leonard competed from 1977 to 1997, winning world titles in five weight divisions. Sugar Ray was a ring artist who combined tremendous hand speed with superior foot movement, showmanship with elite-level athleticism. His style had a touch of Ali on his finest days.

Ronald ‘Winky’ Wright, Leonard’s opponent in tonight’s ‘eWBSS Middleweight Legends Tournament’ quarter-final, was active in the ring from 1990 to 2012 and is a two-time light middleweight world champion. Wright was a great all-round boxer with lots of flair, defensively excellent and knew when to counter and take the fight to the man in front of him. Most celebrated for beating ‘Sugar’ Shane Mosley twice after Mosley had stripped Oscar De La Hoya of his WBA Super, WBC, and The Ring World light middleweight titles.

Tonight the eSport character of ‘Winky’ has the chance of adding more sugar to the story of Ronald Wright.

After a week of heavyweight action, it is time for the middleweight legends to compete for the eAli Trophy. The tournament opener at 7pm (GMT) on the World Boxing Super Series Facebook page features no other than all-time great Sugar Ray Robinson against the ‘Ferocious’ phenomenon Fernando Vargas.

American Sugar Ray Robinson is the pound-for-pound icon, who won the world welterweight and middleweight crowns in a career stretching from 1940-1965 – undoubtedly one of the best to ever lace a pair of gloves. ‘Sweet as sugar’ Robinson was known for his foot and hand speed, jab to the body and crushing uppercuts and – rightfully – as one the biggest egos of the sport. “My ego,” he said in his autobiography ‘Sugar Ray’, written in collaboration with Dave Anderson, “makes me tick”.

Sugar Ray’s Mexican-American opponent, Fernando Vargas, was an exciting, colorful fan-friendly fighter with fire in both hands. ‘El Feroz’ became the youngest boxer in history to win a light middleweight world title, at age 21 and went on to secure his legacy through epic bouts with Oscar De La Hoya, Ronald Wright, Shane Mosley, and Felix Trinidad. Despite honorable merits, a W for Vargas versus Robinson would be a major upset.

THE EWBSS CONTINUES ON MONDAY WITH ‘EWBSS MIDDLEWEIGHT LEGENDS TOURNAMENT’

The coming week will see the start of Season 2 of the eWBSS with a new weight class in the classic World Boxing Super Series eight-man format.

Sunday night, Mike Tyson won the inaugural ‘eWBSS Heavyweight Legends Tournament’ after an epic battle over 12 rounds against Muhammad Ali. Iron Mike was floored in the opening round but got off the canvas to score two knockdowns of his own in claiming the decision.

On Monday it is time for the legendary middleweights!

Fans voted between Welterweight and Middleweight on the WBSuperSeries Twitter and chose Middleweight as the next division to clash for the eAli Trophy.

The eWBSS tournaments, simulated on EA Sports ‘Fight Night Champion’, are created by the real World Boxing Super Series to provide some much-needed relief and entertainment for fight fans around the world during these testing times.

The eWBSS has provided knockdowns in lockdown every day since March 23.