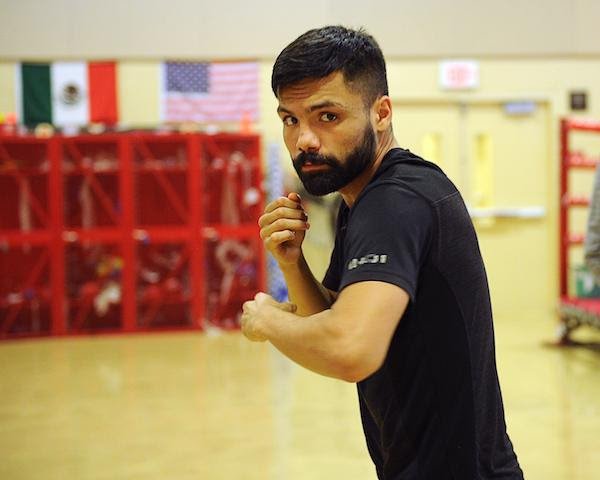 Featherweight Erick Ituarte (19-1-1, 3 KOs) has been preparing for big things in this sport ever since he turned professional, which came in September 2011 – two months before his seventeenth birthday.

The “All-American Boy,” who was sixteen at the time, was so anxious to get his career off the ground that he traveled to Mexico for his first three fights.

“I wanted to get a taste of what it was like,” Ituarte said. “The plan was to get a few fights against older competition. I wanted to experience the real thing.”

Ituarte won all three fights. The first came via unanimous decision, but the last two were of the split decision variety.

“I’m not sure what the judges saw in those fights,” Ituarte continued. “They weren’t close.”

Fast forward to 2018 and the 23-year-old prize fighter out of Santa Ana, Calif. finds himself in the “Path to Glory” main event defending his Junior NABF championship for the second time. A win, which would make it thirteen straight, puts Ituarte that much closer to breaking into the world rankings.

“I just have to keep winning and the rest will take care of itself,” said Ituarte, who fights Jose Ramirez (27-6-2, 16 KOs) of Mexico from the Doubletree Hotel in Ontario, Calif. “I have a tough challenge in front of me on Friday night, but I’ve been preparing non-stop and can’t wait to see what Ramirez has.”

Ituarte, with his fast starts and hard charging style, anticipates an exciting fight.

“I’m never in a boring fight,” Ituarte said. “I give fans what they want to see.”

In the 6-round co-feature, rising featherweight talent Ruben Villa (9-0, 4 KOs) of Salinas, Calif. puts his unblemished record to the test against fellow southpaw and veteran Ruben Tamayo (26-11-4, 18 KOs) of Ciudad Obregon, Mexico.

Villa has enjoyed a stellar start to his career. After turning professional in the second half of 2016, the former back-to-back Golden Gloves champion recorded three wins that year and followed it up with six in 2017.

All fights will be live streamed on TB Presents: Path to Glory via our Facebook page and ThompsonBoxing.com.

Craig MacIntyre vs Ishmael Ellis on Aug. 12, Live on ESPN+

“Path to Glory” is presented by Thompson Boxing Promotions and sponsored by Everlast.