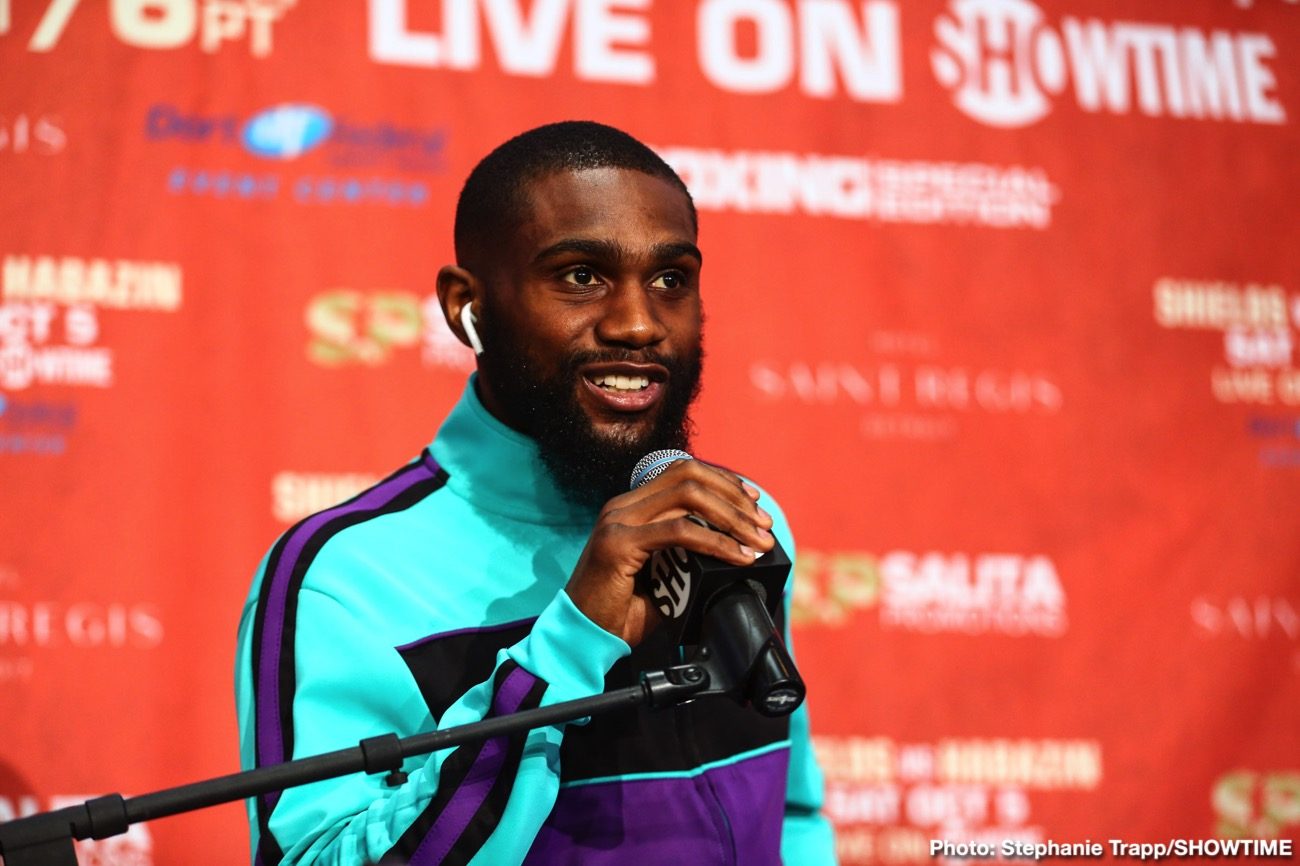 In Eyubov, Ennis will take on his toughest test to date as he looks to continue his rapid ascension in one boxing’s deepest divisions. The switch-hitter has scored 14 consecutive knockouts as has his level opposition has steadily increased since turning professional in 2016. He returned from a nine-month layoff in August of 2019 with a first round TKO of Franklin Mamani and followed that up with a third round TKO of Demian Fernandez on October 5. Against Fernandez, the come-forward and aggressive Ennis landed 43 percent of his power shots as he switched from orthodox to southpaw in a clinical performance in the main event of SHOWTIME BOXING: SPECIAL EDITION.

Widely regarded as one of the top prospects in boxing, Ennis had two emphatic knockout victories on ShoBox: The New Generation in 2018. The Philadelphia native, who owns 10 first round knockouts and has yet to be pushed past the sixth round, was a standout amateur who won the 2015 National Golden Gloves was ranked as the No. 1 amateur at 141 pounds before turning pro.

“I’m coming to make another statement to the welterweight division and the world,” said Ennis. “I’m going to let them know that I’m here and that 2020 will be my year. I’m the future of this division and January 10 is the next step in proving that.”

The 33-year-old Eyubov, from Aktobe, Kazakhstan and currently based in Brooklyn, N.Y., is known for his relentlessly aggressive fighting style. Quickly making a name for himself in the welterweight division, Eyubov tore through his first ten professional opponents, knocking them all out within the first three rounds including a third-round stoppage of Jared Robinson on ShoBox in 2016. Eyubov also owns impressive wins over Nicholas Givan (21-2-1) and Karim Mayfield (21-5-1) but is winless in his last two outings, including a majority draw with Jose Luis Rodriguez and a unanimous decision loss to undefeated Brian Ceballo. With just 16 professional fights to his name since moving on from the amateur ranks in 2012, Eyubov is eager to turn heads with a career-defining win over the highly regarded Ennis.

“On January 10, Jaron Ennis is going to be in the hardest fight of his life,” Eyubov said. “He has never faced anyone with my strength, skills and will to win. Bakha Bullet will shoot to do damage in Atlantic City and hand Ennis his first loss.”

“The Ennis vs. Eyubov fight is a classic crossroads fight and a must-win for both fighters,” said Eyubov promoter Dmitriy Salita. “It’s a big test for Ennis, who is a slick, skilled boxer, and a potentially career-changing opportunity for the aggressive, powerful and formerly world-rated contender in Eyubov. We expect fireworks on January 10th.

The previously announced WBA Super Lightweight World Title Eliminator between Shohjahon Ergashev and Keith Hunter has been postponed after Hunter injured his right hand during training. A new date and opponent for Ergashev will be announced in the coming days.