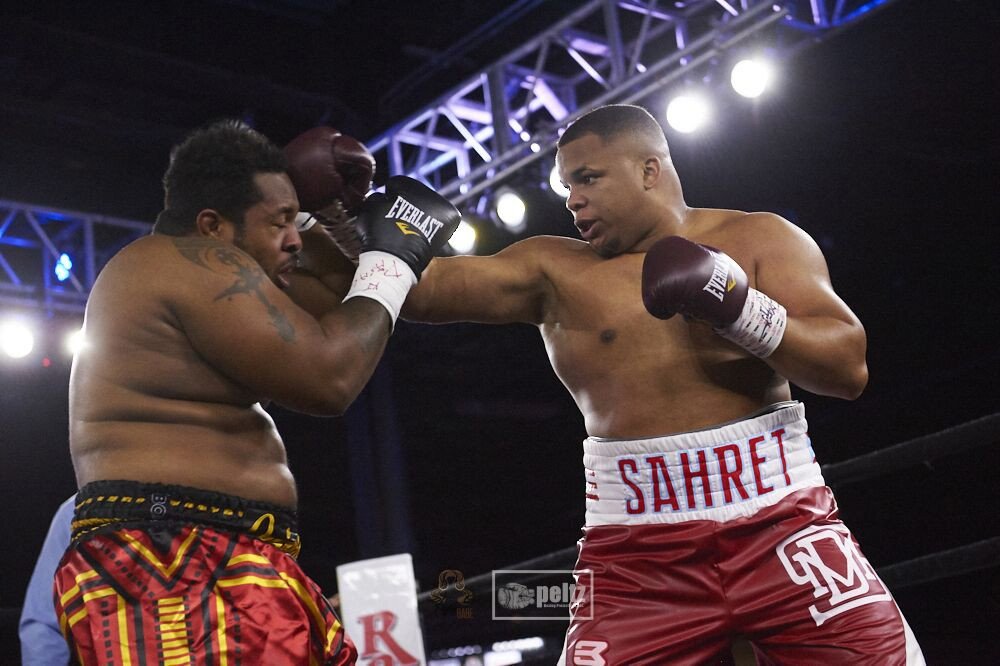 Unbeaten heavyweight prospects Elvis “Semental” Garcia, of Jalisco, Mexico, and Sahret “The Hammer” Delgado, of Humacao, Puerto Rico, square off in an attractive eight-round co-feature on the Philly Special fight card, scheduled for Friday, March 27, at the 2300 Arena in South Philadelphia.

The Raging Babe card is topped by the highly anticipated Philly vs. Philly matchup: Stevie Ortiz vs. Damon Allen, in a 10-round bout for Ortiz’ Pennsylvania State Lightweight Title. The card will be televised live on the Impact Network. Garcia vs. Delgado is presented in association with DiBella Entertainment.

“I’m excited to announce that we’ve added a great co-feature to Raging Babe’s Philly Special, in association with DiBella Entertainment. Mexican American Elvis Garcia takes on Puerto Rican Sahret Delgado in a rare clash of rising, unbeaten heavyweight prospects. Both fighters are coming in with stellar amateur backgrounds,” said Lou DiBella, President of DiBella Entertainment. “Prior to this training camp, Elvis worked as one of Anthony Joshua’s chief sparring partners for the Andy Ruiz rematch and Delgado has a great corner behind him, lead by coach Chino Rivas, who also trains Stevie Ortiz and Tevin Farmer.”

The 30-year-old Garcia, now living in Indio, CA, is 8-0, 5 KOs, as a pro. Trained by Joel Diaz, Garcia returns to the ring following a victory against Hugo Trujillo in Hollywood, CA.

Garcia also gained invaluable experience working as the “secret weapon sparring partner” that promoter Eddie Hearn referred to with regard to Anthony Joshua’s preparation for his rematch against Andy Ruiz last year. Joshua went on to decisively defeat Ruiz to regain his world title belts.

Prior to turning pro nearly three years ago, Garcia was an outstanding amateur with a record of 85-10, 42 KOs. After winning gold at the Washington State Golden Gloves, as well as a silver and two bronze medals at the USA National Tournaments, Garcia moved to Tijuana, Mexico, where he won the Mexican National Championships and the Mexican Golden Gloves Tournament twice.

The 25-year-old Delgado, living in Berlin, NJ, is 8-0, 7 KOs, as a pro. In his last fight on October 4, at the 2300 Arena, Delgado outpointed Joel Caudle over four rounds. Now trained by Chino Rivas, Delgado is a stablemate of headliner Steven Ortiz and former junior lightweight world champions Tevin Farmer and Jason Sosa.

Delgado was a standout amateur in Puerto Rico with over 215 bouts as part of his six-year term with the Puerto Rican Olympic Team. He was the country’s National Youth Champion for three straight years and also won gold at international tournaments in Ecuador, Dominican Republic, and Trinidad & Tobago.