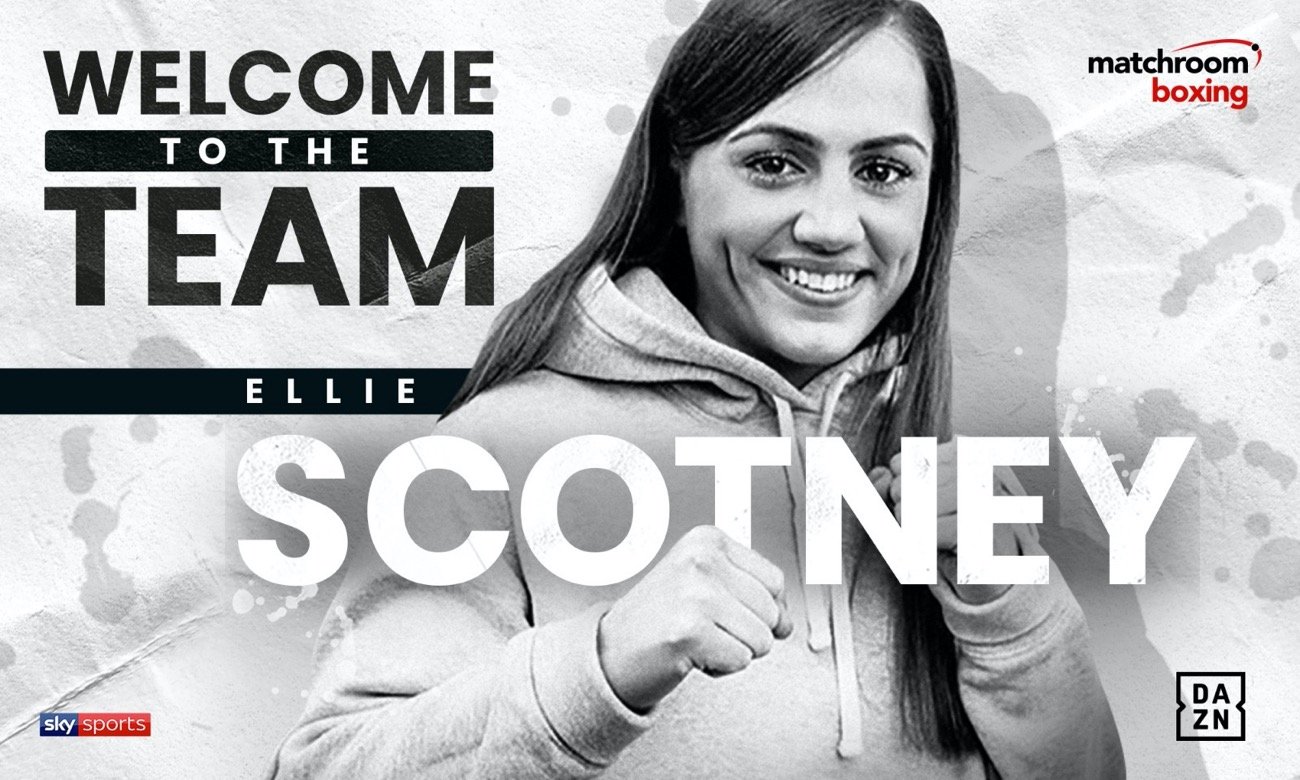 Ellie Scotney says fans can expect to see the best version of her when she steps through the ropes for the second time as a professional against France’s Mailys Gangloff this Saturday at The SSE Arena, Wembley, live on Sky Sports in the UK and on DAZN in the U.S. and more than 200 countries and territories.

Catford’s acclaimed former amateur star Scotney shined on her professional debut at the East of England Arena in Peterborough last October as she outpointed Bec Connolly over six rounds, dropping the tough 36-year-old in the third.

The Adam Booth-trained starlet, who celebrates her 23rd birthday today, is hoping to follow in the footsteps of her Matchroom stablemates Katie Taylor, Terri Harper, Chantelle Cameron and Savannah Marshall, amongst others, by winning World Titles of her own in the future, but must first impress against Gangloff.

“I’m so excited to get back in the ring for my second professional fight and show what I’ve been working on in the gym,” said Scotney. “Bec Connolly was tough and game as you come, I felt I showed bits of what I can do but now it’s time to step-up once again.

“Mailys Gangloff was around on the amateur scene so she’s got that grade behind her. This is a great match and it’s another good fight for me. I know she’s certainly going to come to fight and with that you will see the best of me.

“Now you’re seeing that women can fight. They’re putting on good action and people are really getting invested in it. It’s been a great time in lockdown for women’s boxing. You’re starting to see the real depth that they’re getting coming through.

“Every fight I have got to tick another box and I believe I will do that in this fight. I am just starting to learn the style that suits me, this will be a great fight with Gangloff. It’s nice to hear that people are talking about me being a good prospect but talk is cheap! I’ve got to start delivering and it is very early days. I can’t run before I can walk, it’s one step at a time starting with March 20.”