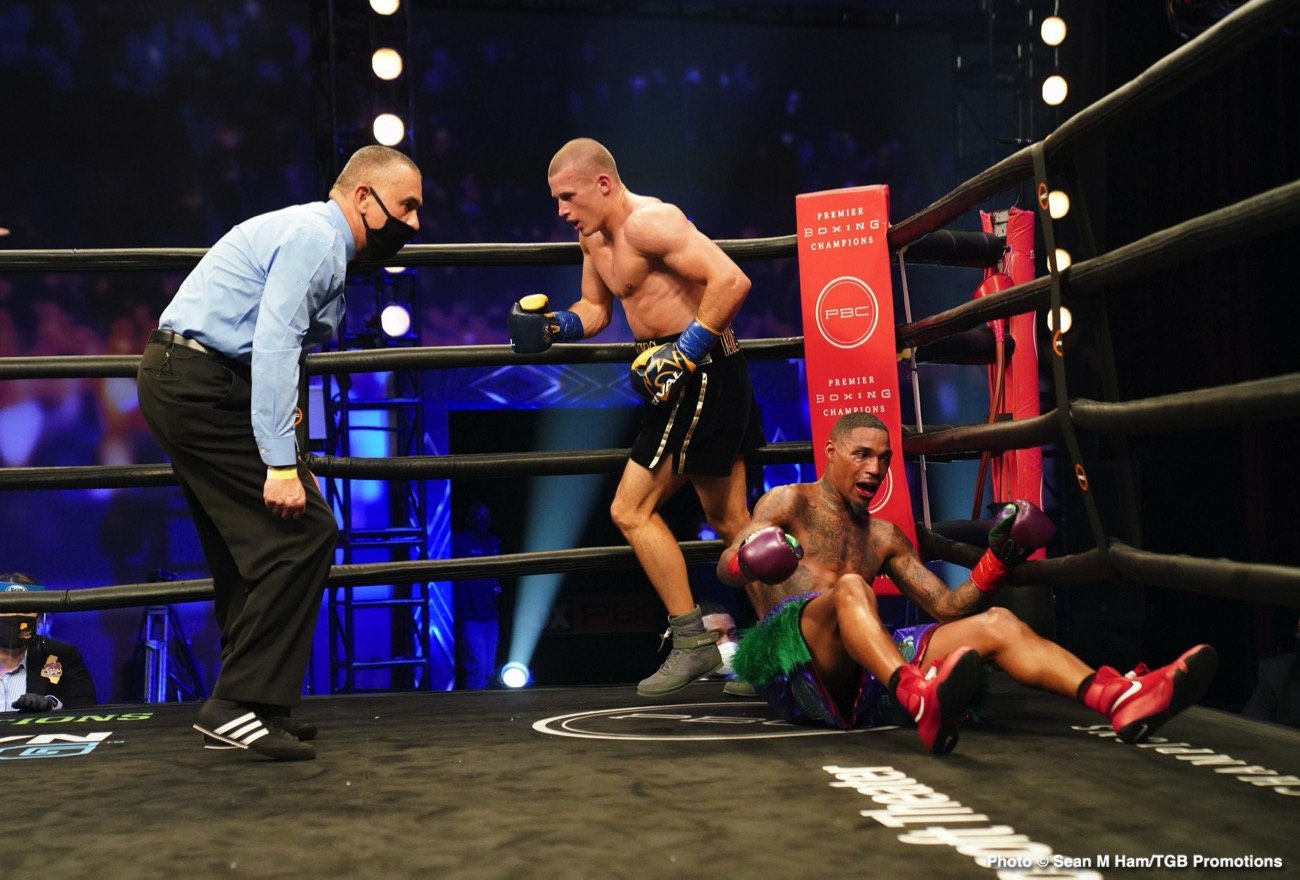 In the early rounds, DeLoach had some success moving around the ring and by being the busier fighter against the patient Stanionis. The 2016 Lithuanian Olympian Stanionis continued to push forward and stay in the face of DeLoach, slowly finding a place to land left hooks and numerous body shots.

In round seven, Stanionis broke through with a combination straight right hand followed by a left hook to the head that staggered DeLoach. Stanionis was able to capitalize on the moment and continued to punish DeLoach, who was able to hold enough to make it through the round.

Stanionis finished the fading DeLoach in round nine, hitting him with a left hook to the head and body shot combo that put DeLoach on the canvas midway through the round. After rising from a second knockdown moments later, DeLoach was swarmed by Stanionis until referee Ray Corona stopped the bout 2:53 into the ninth round. Stanionis was the more accurate fighter according to CompuBox, landing 29% to DeLoach’s 20% while besting him in total punches landed with a 124 to 118 mark.

The fight was a tale of two halves, with Booker establishing his offense in the early rounds, while Duversonne came on strong in the later rounds, especially the fifth through seventh frames. The punch stats emphasized the close nature of the fight, with Booker holding a narrow 132 to 131 advantage in punches landed. Booker had a wide advantage in body punches landed, with 67 to Duversonne’s 15.

After eight rounds, the judges were split, with one judge scoring it 77-75 for Duversonne, overruled by two judges giving the fight to Booker by the same 77-75 score.

In a super lightweight attraction, undefeated Kent Cruz (16-0-1, 10 KOs) stopped Mexico’s Erik Castillo (9-3, 3 KOs) after two rounds, when Castillo’s corner halted the fight between rounds. The stoppage officially goes down as taking place 2:59 into the second round.

Both men showed a willingness to exchange in the opening moments of the fight, as they met in the middle of the ring throwing wild power punches. Cruz got the better of the early clash and established his offensive attack from the outset. Trained by renowned coach Ronnie Shields, Cruz was victorious in his first fight since January 2019.

The event was promoted by TGB Promotions and took place without fans in attendance at the Microsoft Theater, an AEG venue, in downtown Los Angeles.