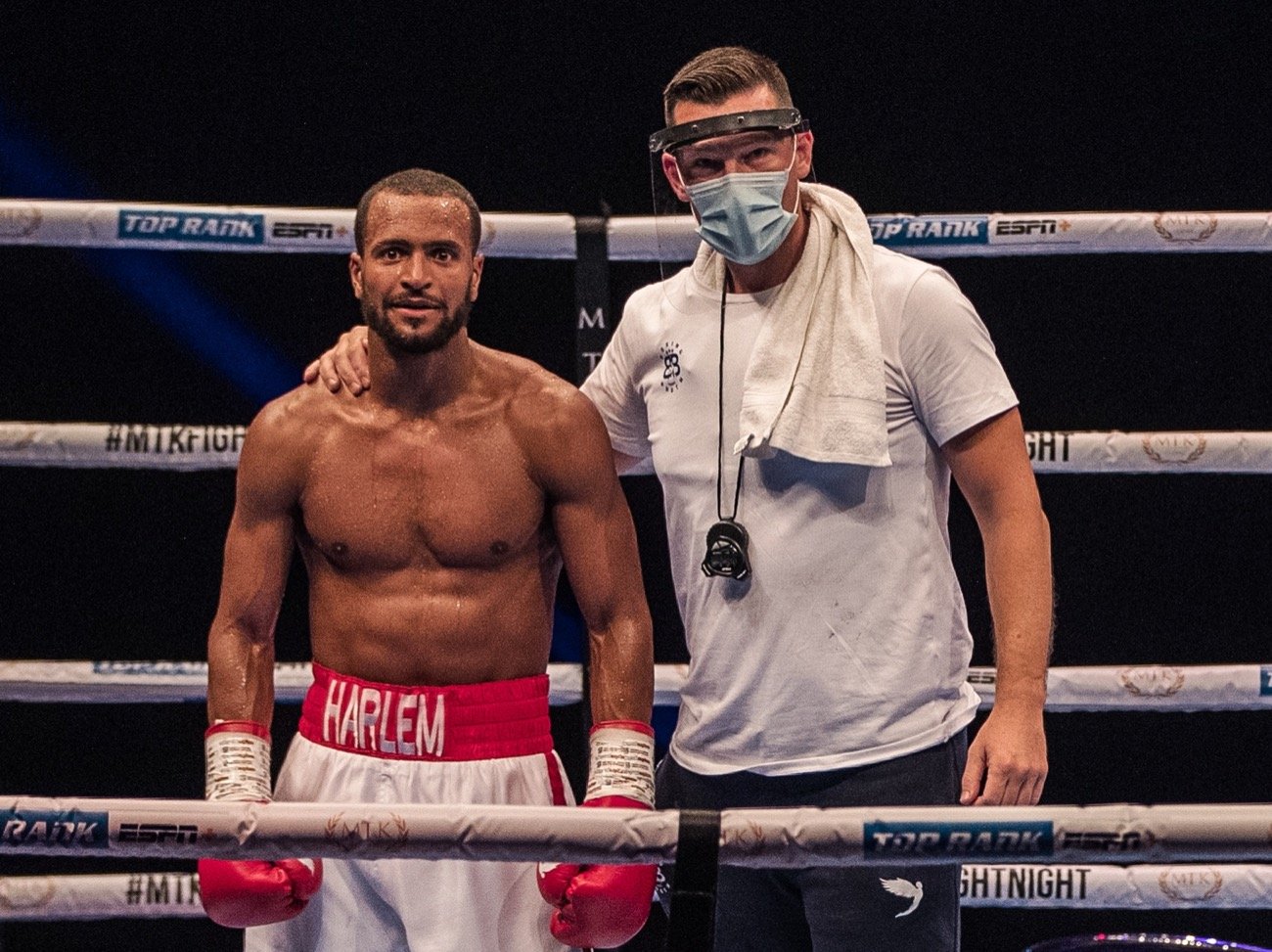 A superb clash of unbeaten fighters will take place on the #GoldenContract undercard on December 2 – as Daniel Egbunike goes up against Harlem Eubank.

Egbunike (6-0, 3 KOs) had a superb 2019, culminating in him defeating Billy Allington to win the Southern Area super-lightweight title.

The man known as ‘Danny Darko’ will now turn his attention to Eubank (10-0, 3 KOs), who recently put in a career best performance when he earned a stoppage victory over Martin McDonagh.

Egbunike said: “I’m really excited. This is what my career has been about. I had three warm up fights with journeymen and then I’ve been in big fights. I don’t see myself turning back any time soon. It will be step up after step up and I’m really looking forward to this fight.

“I can’t wait to pick up from where I left off. I’ve met Eubank once in the gym and he’s a respectable guy, I saw his fight with Martin McDonagh, and I’m expecting a good fight here.

“The reason I keep stepping up is I want to see how good I actually am. I’m not going backwards with my opponents, I’m going forward and fighting better and better each time. I think this fight will be fireworks, so I hope my expectations are met.”

Eubank said: “I’m very pleased to be straight back into another big fight. I think being active means people will really see the best of me as I continue to progress.

“I was happy with how my fight against McDonagh played out. There were still a lot of aspects of my game that I didn’t show, and I’m looking forward to implementing those other details.

“I have seen a few of Egbunike’s fights and he’s a strong and sturdy compact fighter, so I expect he will bring those components of his game.”

Promoter Lee Eaton added: “We’re delighted to add this fantastic fight between Daniel Egbunike and Harlem Eubank to the Golden Contract card. Both fighters are unbeaten, so it’s a testament to each of them that they’re willing to step up and put their records on the line.

“We’ve seen them both involved in some very entertaining fights in their careers and I’m expecting another one here. This fight along with the other two fantastic Golden Contract finals means it’s going to be yet another can’t miss event.”

Harlem Eubank is relishing the chance to once again show how much he has developed within the sport when he goes up against Daniel Egbunike on Wednesday’s massive #GoldenContract event.

After training alongside the likes of Michael Conlan and Josh Kelly, Eubank is seen as one of the most improved fighters in the UK, and he’s planning to show his latest improvements this week.

Eubank said: “I’m focused on this fight and I’m not looking beyond Egbunike, but it’s all about further progressing in the artform and continuing to develop my skills at a higher level.

“We’ve all been pushing each other hard at the gym at a high intensity. We have some big fights lined up in the gym and training next to the people in there is great.

“Egbunike has been out of the ring for a while, but I don’t think that time away will be a disadvantage. He will have prepared hard and will be as excited for this fight as I am.

“I’ve gone through a fight week behind closed doors already so that is great experience, and knowing the surroundings is always good for preparation.”

Daniel Egbunike: This has the recipe to be a great fight

Daniel Egbunike believes his showdown with Harlem Eubank could steal the show when they meet on Wednesday’s action-packed #GoldenContract event.

It will be Egbunike’s third straight fight against an unbeaten opponent, and he’s expecting to treat the fans watching at home to another classic.

Egbunike said: “This is the biggest fight of my career and I’ll be treating it that way. I feel that with everything I’ve done in my camp, I can’t be beaten. Eubank will probably feel the same, and that is the recipe for a great fight.

“I’m really excited for a great fight. My last three fights have all been tough opponents with winnings record, and I think that gives me the slight edge. I’m not banking on that, but it certainly is a boost of confidence.

“After this fight I just want titles. There’s a lot out there, whether it be the English, the British, the Commonwealth. I’m just on the hunt for belts and I want to move up the rankings as fast as possible.

“I believe I’m ready for the big step ups, but first things first it’s Harlem Eubank, and I’m not looking past this fight. We’ll deal with what is in front of me right now and then take it from there.”