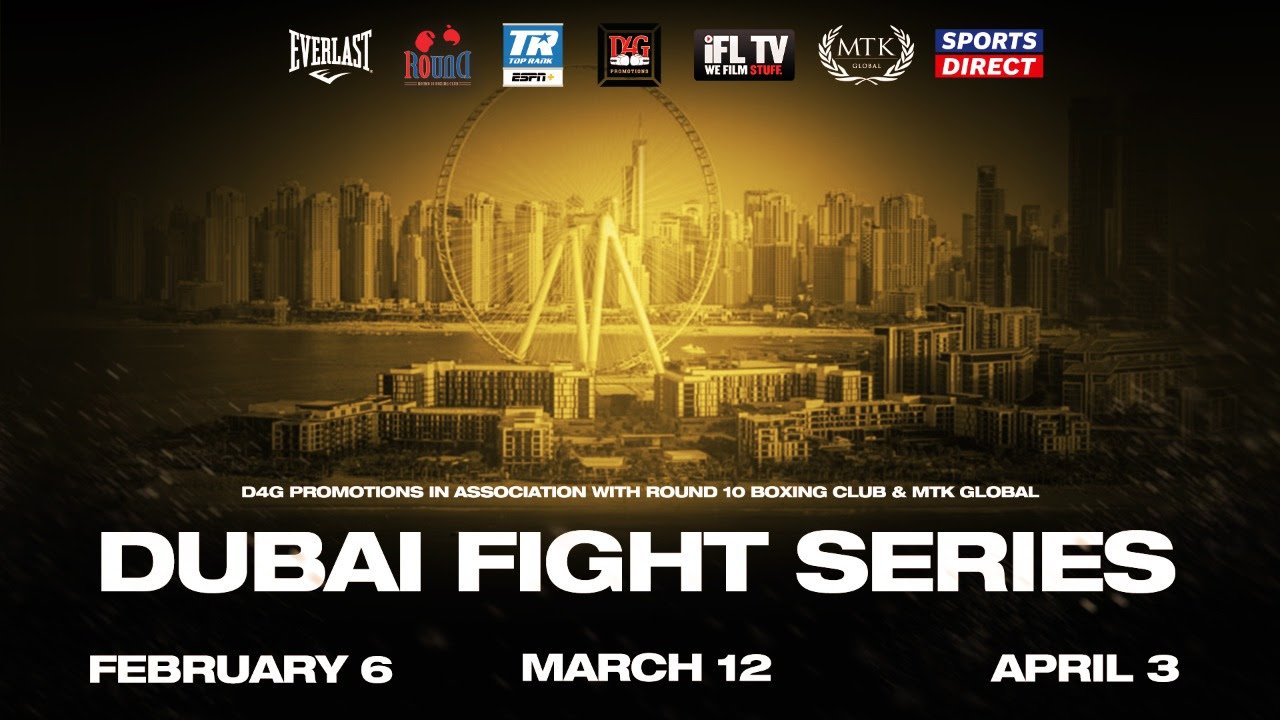 D4G Promotions in association with Round 10 Boxing Club and MTK Global are delighted to announce three incredible events heading to Dubai in February, March and April.

The star-studded cards will be broadcast live in the US on ESPN+ in association with Top Rank, and worldwide on IFL TV, and begin on Saturday 6 February with Lee McGregor challenging Karim Guerfi for his European bantamweight title, and Sean McComb facing Gavin Gwynne for the vacant Commonwealth lightweight title.

The trio of fantastic bills then gets rounded up on Saturday 3 April, and features two Filipino superstars, as four-weight world champion Donnie Nietes and highly-rated Albert Pagara both return to the ring against opponents to be announced.

Some of Dubai’s best local stars will also be featured on the cards, as the likes of Hasibullah Ahmadi and Faizan Anwar are due to compete, while even more fights will be revealed for the events in the coming days.

Ahmed Seddiqi of D4G Promotions said: “We’re delighted to be working with Round 10 Boxing Club and MTK Global to bring these three sensational events to Dubai.

“The events are taking place thanks to the superb work from the Dubai Government and the Dubai Sports Council, with their proactive approach to safety measures and protocols making them a shining example of how things should be done on the international stage.

“Their tremendous dedication has seen Dubai become one of the global leaders in this department, and these events will follow all of the essential safety measures to ensure it is as safe as possible.

“Each card will feature some of the very best fighters in the world, along with a number of Dubai’s highly-rated up and coming stars, so we can’t wait to get started.

“I’ve worked in this region for many years to bring boxing here, and now I feel like it is really coming together. I’m looking forward to the future because it is going to be very bright. We want the Middle East to be one of the major powers in boxing. That’s our goal and our plan to help build up grassroots boxing in the region.”

MTK Global CEO Bob Yalen said: “With the cancellation of boxing in the UK in January, the team were forced to re-think the upcoming schedule for 2021, and after speaking with Ahmed Seddiqi of D4G Promotions, we came to a fantastic solution by deciding to move three of our next four shows to Dubai.

“These three shows in Dubai will feature some of the most exciting prospects and future stars on the MTK roster, and we’re excited to kick off 2021 in style.”

Everlast Group Head of Operations David Al-Mudallal added: “We’re delighted to be supporting the return of boxing to Dubai. As a brand synonymous with professional boxing and worn by all of the greats, it’s important to Everlast that we support events like these and the opportunities they afford to professional fighters across the world and the boxing fans that will tune in.”

Some of the best up and coming stars from around the world will be in action when the Dubai Fight Series launches on Saturday 6 February.

MTK Global Promoter Lee Eaton said: “It’s fantastic to add even more star power to next month’s sensational card in Dubai. It was already a stellar line-up with two title fights, and now we have some incredible prospects also in action.

“Pierce O’Leary and Mark McKeown both have very dangerous tests against Irvin Magno and Brad Daws respectively, and the pair of them deserve immense credit for their willingness to jump in at the deep end and test their skills.

“We’ll also see Hasibullah Ahmadi get the chance to fight on the big stage, and he is a talent to watch out for from Dubai, so we can’t wait to kick off 2021 with a bang next month.”