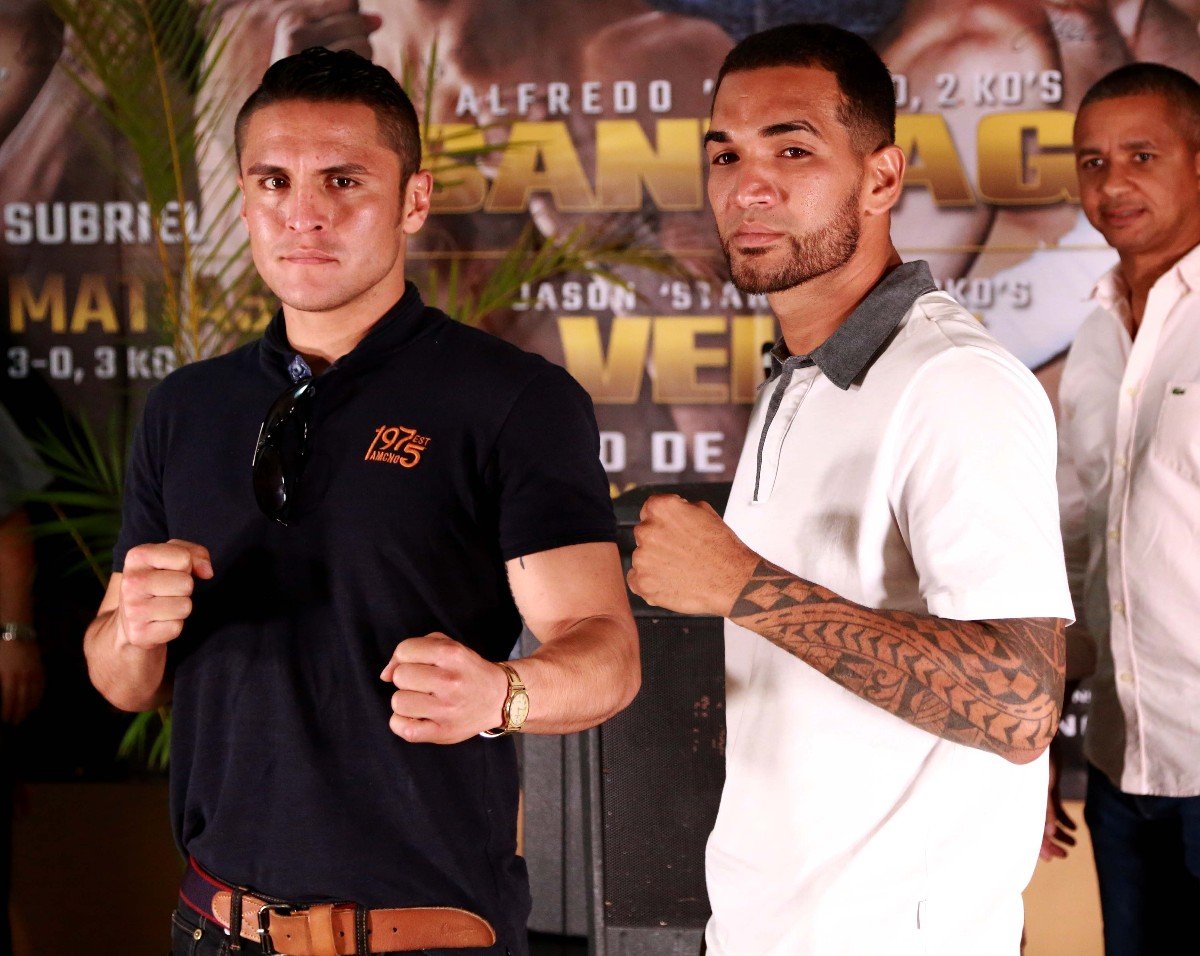 Fresh Productions Boxing will have a crucial night for the development of its fighters this Saturday, August 18th at the Coliseum Tomás Donés in Fajardo, Puerto Rico, when four boxers of the company face hard tests.

Beginning with Abimael ‘Manos de Piedra’ Ortíz (5-0-1, 3 KOs), boxer from Fresh Productions Boxing, will have a great challenge when facing former Olympian Jantony Ortíz (8-0, 4 KOs), of Humacao, in a duel that will seek to define the best jr. featherweight of Puerto Rico, in a 8 rounds duel.

Abimael defeated Miguel Cotto’s boxer Josean ‘El Tren’ Figueroa in his last fight, by technical knockout in the eighth and final round of an exciting fight. While Jantony, won in his last fight to the Dominican Lucián González by unanimous decision in the month of March. Previously, he had knocked out in a sudden way the Hayron Santiago in the first round.

“I feel outstanding. I come to give a great fight, to give the best of me to a great fighter as is Jantony. Winning him will open many doors and recognition” said Abimael Ortíz.

Former Olympian Jantony Ortíz said: “I feel in excellent condition for this fight. My team, my coach Jim Pagán, César Pillot and Bonet on the track, is the best team in Puerto Rico and I will be able to demonstrate it on Saturday. Let’s go on” said Jantony Ortíz.

Santiago, has notable victories over former Mexican Olympian Arturo Santos Reyes and world contender Jayson Velez, of Puerto Rico. Miño has wins over Argentine prospects Raul Ferreyra, Diego Marocchi and Gaston Rios, who were unbeaten at the time of the match. In his last fight in Germany, he lost his undefeated record against unbeaten German Howik Bebraham, by unanimous decision.

“Well, I’m ready to take the title and be among the best in the WBC rankings. I have trained very hard, the whole process has been intense for this fight. I like strong tests and this is one of them that I’m going to take advantage of “. said Santiago.

The Argentine Miño said that “We prepare 100 percent for this fight. I feel very strong, and I hope my opponent is strong too because I’m ready to grab that belt”

Breidis Prescott is known in the boxing world for his impressive first round knockout win over Amir Khan and his split decision victory over former WBA world champion Richar Abril of Cuba. In lost cause, Prescott has faced and reached the distance to boxers of the likes of Terence Crawford, Miguel Vázquez and Kevin Mitchell.

READ:
Julian Jackson To Be In Canastota For 2020 HOF Weekend

Prescott stated that “The work is done. They gave us time to prepare, there are no excuses and in the ring. Hopefully we can provide a nice show for everyone. May the best man win and that we get well health at the end”

“I want to thank the Prescott team for accepting the fight at my backyard. May the best man win as he said. I want to thank Indio Guevara and Carlos Valcárcel for the training. I’m ready to go to war. I wish success to all the present boxers, although half will not have the victory on Saturday” said Matías.

In another competitive fight, Jovanie ‘El Lobito’ Santiago (10-0-1, 7 KOs), from Dorado and new member of the Fresh Productions Boxing company, will face the Colombian Andrés Figueroa (9-2, 5 KOs) in duel scheduled to 8 rounds at 140 pounds.

Santiago, defeated in his last fight former world champion DeMarcus Corley by unanimous decision. Also in his resume he has a victory over Antonio ‘El Cacique’ Ortíz, who was unbeaten in six starts.