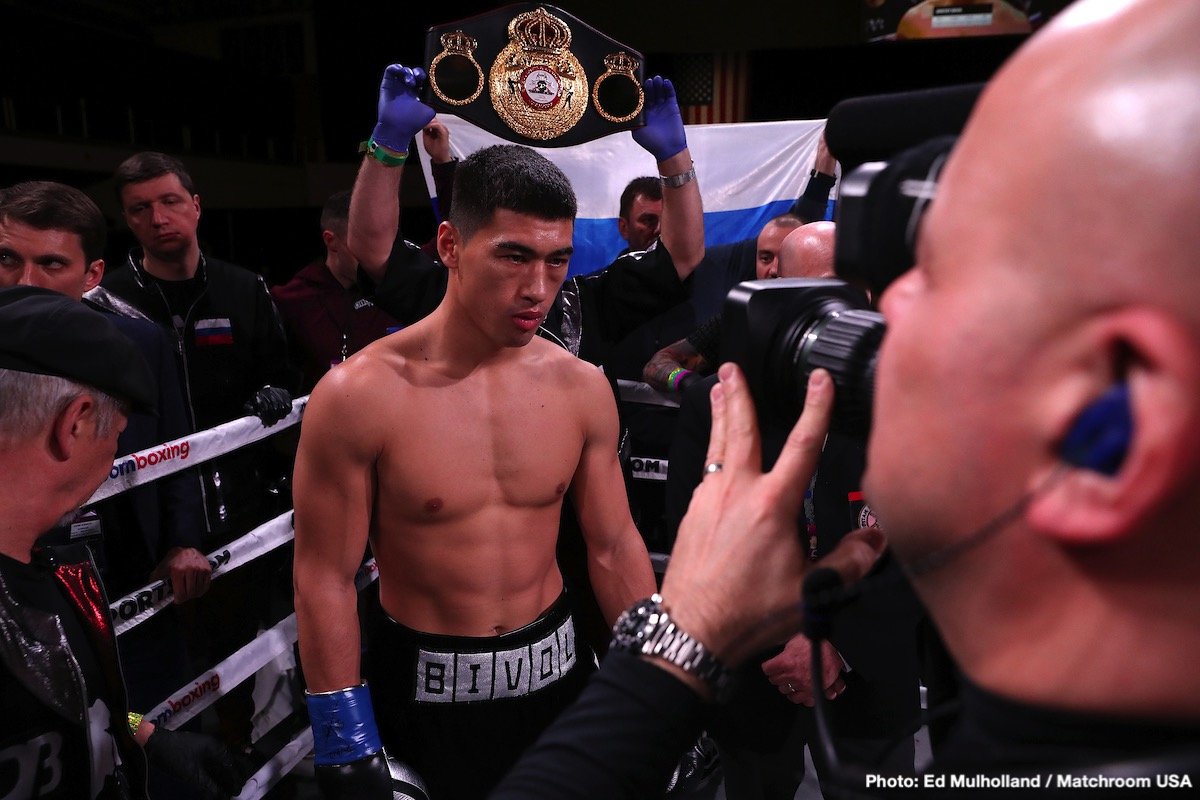 Returning to Los Angeles to commence training last week, WBA Light Heavyweight World Champion, Dmitry Bivol, (16-0-0, 11 KOs), is seeking the toughest challenges and the biggest fights next for his career. The 28-year-old native of St. Petersburg, Russia, fighting out of Los Angeles, CA has made five successful defenses of his world title since becoming world champion in 2017.

“It’s time for me to unify at light heavyweight or fight one of the world champions at super middleweight, “said Bivol. “I’ve received many accolades from the international media and fans but most important for me is proving it in the ring that I am the best light heavyweight in the world.”

“My team has had discussions with representatives with all the other belt holders at light heavyweight; Sergey Kovalev, Artur Beterbiev and Oleksandr Gvozdyk and there has been no response for these title unification fights that the fans want to see. We’re all very good fighters, let’s prove to the fans which one is best!”

“I have also said that I am interested in fighting Callum Smith and Gilberto Ramirez at 168lbs., but never heard any response. I can make super middleweight and would love the opportunity to fight for a world title in that division. If Canelo Alvarez wants a true challenge on September 14 he can look no further and fight me at the super middleweight limit or light heavyweight. I am much more motivated by a challenge in fighting the best than material terms.”

Bivol is coming off an outstanding 12-round decision victory over Joe Smith Jr. on March 9, 2019.

Stated Vadim Kornilov, “Dmitry is ready to fight anyone at light heavyweight or super middleweight. Not too many people ever mention fighting Dmitry, those that have didn’t actually want the fight when we tried to start negotiations. We’ve also heard there may be a tournament for the four title holders and we’re very interested in that. It would be a very competitive tournament.”

“Dmitry Bivol vs. Marcus Browne was the mandated fight for the world title but Browne’s team asked for an exception and he decided to first see if he can keep up with a fighter that Dmitry has already beaten. Dmitry is all about legacy, he doesn’t worry about anything as much as he does about leaving a major footprint in the history of the sport”