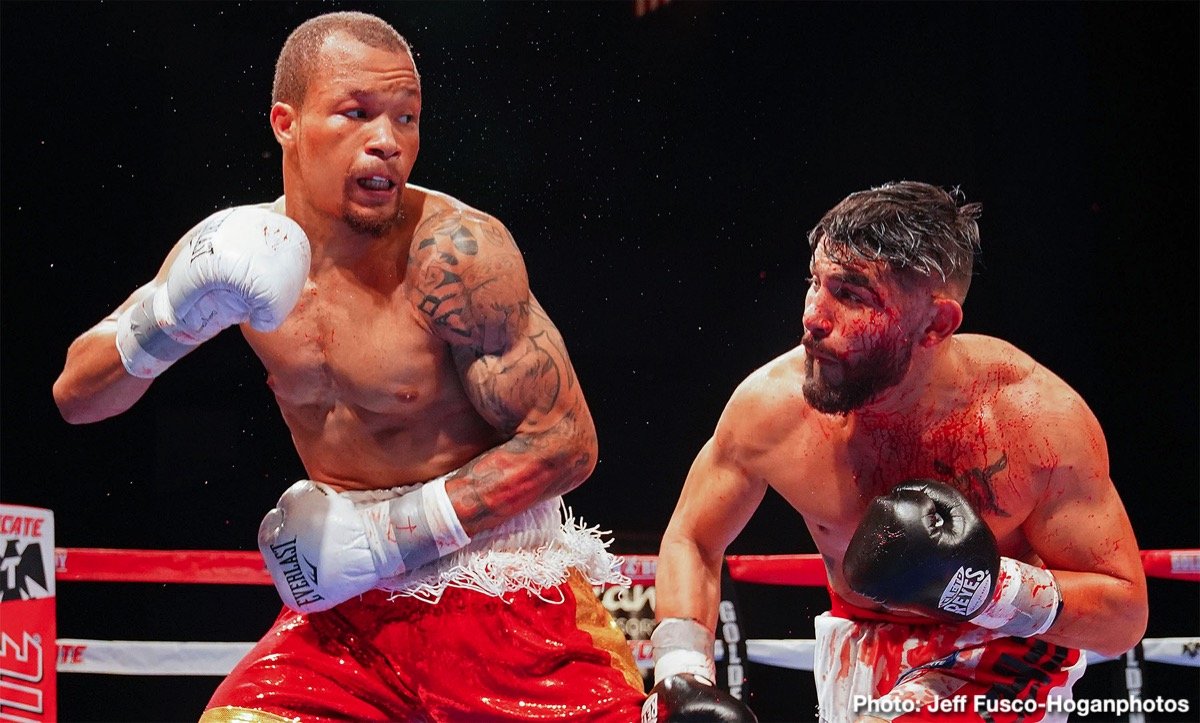 Undefeated middleweight contender D’Mitrius “Big Meech” Ballard (20-0, 13 KOs) has re-signed with Golden Boy as he inches closer to a world title opportunity. Ballard will return this December to challenge for a regional title. Details for this fight will be announced very soon.

“As you can see, we are continuing to strengthen our stable by re-signing some of our best talent,” said Oscar De La Hoya, Chairman and CEO of Golden Boy. “D’Mitrius Ballard is the next in an impressive list of young contenders who are strengthening their bond with the company before entering into the biggest challenges of their careers. This impressive list includes Vergil Ortiz Jr., Ryan Garcia, Alexis Rocha, Lamont Roach Jr., and now Ballard. Years of development are about to pay off for this hungry fighter as he enters the fast track to world title shot.”

Ballard is a 26-year-old middleweight contender who boasts a decorated amateur career, where he won several national championships. In 2013, the native of Temple Hills, Maryland began his professional career with a knockout victory against Kelly Henderson. Since then, Ballard has steadily moved up the middleweight rankings, taking on tough competitors such as Victor “Sina” Fonseca and Alan “Amenaza” Campa. Though his last fight ended in a controversial no contest against tough contender Elias Espadas in June, the undefeated talent is anxious to demonstrate that be belongs at the top of a very competitive division of 160 pounds.

“I’m so thankful to Golden Boy for believing in me enough to re-sign me,” said D’Mitrius Ballard. “I have worked hard to get to this level, and now it’s time to show the world that I am worthy of becoming a world champion. Let the bells ring. It’s time to rumble!”

Coleman of Detroit, Michigan, has a record of 9-0 with seven knockouts.

“Derrick is a very talented young fighter. He possesses a lot of skill and power. I look forward on moving him, getting him great television exposure, and putting him in position for big fights,” said GH3 Promotions CEO, Vito Mielnicki.

The now 20 year-old Coleman began boxing at the age of four because his family, namely his grandfather were big fans of the sport. Coleman had a 135-fight amateur career, and was a four-time National Champion.

Coleman plied his trade at the famed Kronk Gym, and worked with the legendary Emanuel Steward until his passing. Coleman is now trained by Marlon Thomas.

Coleman turned professional in 2017 at the age of 18, and he has been perfect by displaying his boxer-puncher skill-set.

“I signed with GH3 Promotions because Vito treated me like family, and he made me an offer that could not turn down. I can see him moving me and hopefully I will be in the top-20 in the next year.”

Coleman, who is managed by Sheer Sports Management, and advised by Dave “Bing” Dogan.

“This is a great situation to be working with Vito. He can do a lot of good for Derrick and I know he will move him in the right direction,” said Dogan.

Coleman will be in action on Friday, October 25th in Philadelphia.