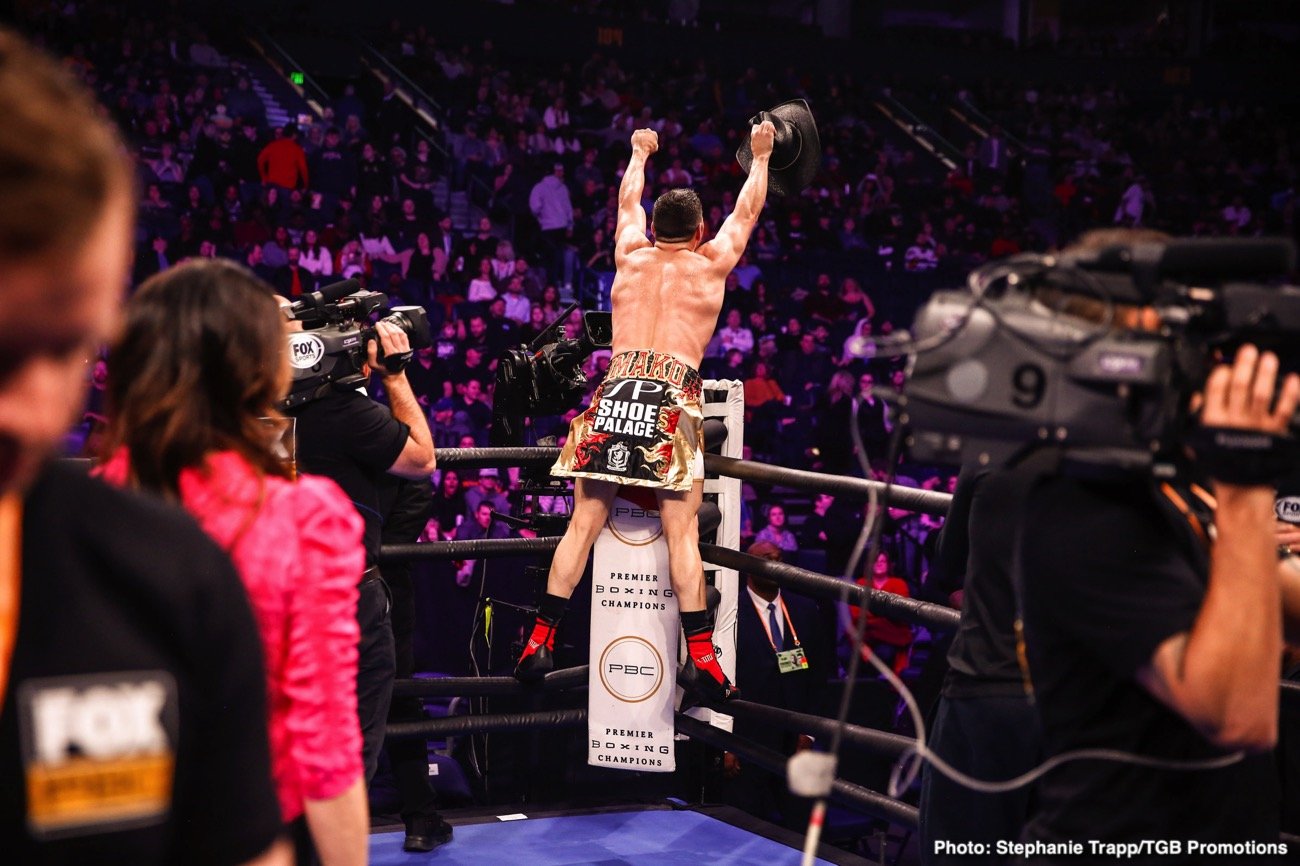 “This is my second fight working with ‘Bones’ Adams out of his gym in Las Vegas,” said Magdaleno. “I’ve actually known him since I was nine-years-old, so I consider him like my best friend. I trust him with my life. I’ve spent some time training for this fight in Scipio, Utah too, pulling hay bales and doing all sorts of interesting drills. I’ve gotten in some good sparring here in Vegas, and I even went out to California for some sparring, too.

“I was on one of the last fight cards pre-pandemic, and I’m honored to be on the first fight card with a live crowd since the pandemic began. It’s been a hectic year, but I’m happy with where things are for me heading into this fight. Coach Adams has been doing a great job with training, but he also handles my strength and conditioning. He’s got a huge gym with a lot of motivated fighters and it’s great to be around that kind of atmosphere. And my fiancé has been handling my nutrition for my last four fights. So, it’s great to have her involved also.”

Magdaleno returns to action after upsetting Austin Dulay in Dulay’s hometown of Nashville, Tenn. in February, dropping him in round seven on his way to a 10-round unanimous decision. He credits his team in training camp for the impressive performance against Dulay.

“I’ve always taken pride in being a professional, but I learned that I can be very dangerous with the right team around me,” said Magdaleno. “I went into that fight kind of being considered a steppingstone for Dulay, but I showed that I’m still a strong fighter. People counted me out and they made a mistake. I’m just super happy that I found Coach Adams and got a proper team organized around me. I was able to change people’s minds with just one fight. Now I’m in a title eliminator, and with a win on October 31, I’ll have my third shot at a world title.”

The 33-year-old has come up short in his most high-profile fights to date, dropping title bouts to Terry Flanagan and Roman Martinez, in addition to a 2019 loss against current lightweight champion Teofimo Lopez. With those experiences and an improved training structure around him, Magdaleno believes the lessons he’s taken from those fights will be instrumental going forward.

“The biggest thing that I’ve learned is to stay calm,” said Magdaleno. “When I start thinking too far ahead, that’s when things go wrong. Coach Adams has a great way of keeping me grounded and composed. He knows how to simplify things for me and communicate exactly what I need to do, which makes it less stressful for me. And we’ve done some other things, like correcting my footwork and the angles that I use.”

In the 22-year-old Cruz, Magdaleno will be opposed by a fast-rising and exciting Mexican fighter looking to make a mark in his biggest fight to date. With an 11-year age gap, Magdaleno plans to use his extensive experience to his advantage on October 31.

“Cruz is something I’ve seen before,” said Magdaleno. “I’ve fought lots of Mexican-style fighters like him who don’t have a lot of technical skill but possess a come-forward style. So, I think I’ll be able to go back to what I know. I’ll just have to stay fluid and pick Cruz apart. He’s a guy who likes to fight on the inside and throw lots of overhand punches and hooks. I’ll break him down like I did my last opponent.”

Magdaleno will look to continue his career renaissance against Cruz and put himself back on track for another world title opportunity. With all that he’s been through during his career, Magdaleno remains highly motivated to prove critics wrong and achieve his goal of becoming a world champion.

“What I know is that when everyone counts you out, you just have to believe in yourself,” said Magdaleno. “When I decide to hang up the gloves, it’ll be because I want to, not because others say I should. I have my confidence back now and I’m very happy with where I’m going. Being one shot away from the title that I dreamed of as a child is a huge motivating factor for me. And I fight for my family, too. I’m a different person now. I’m more mature and I think I’ll be able to prove that to people in this fight.”