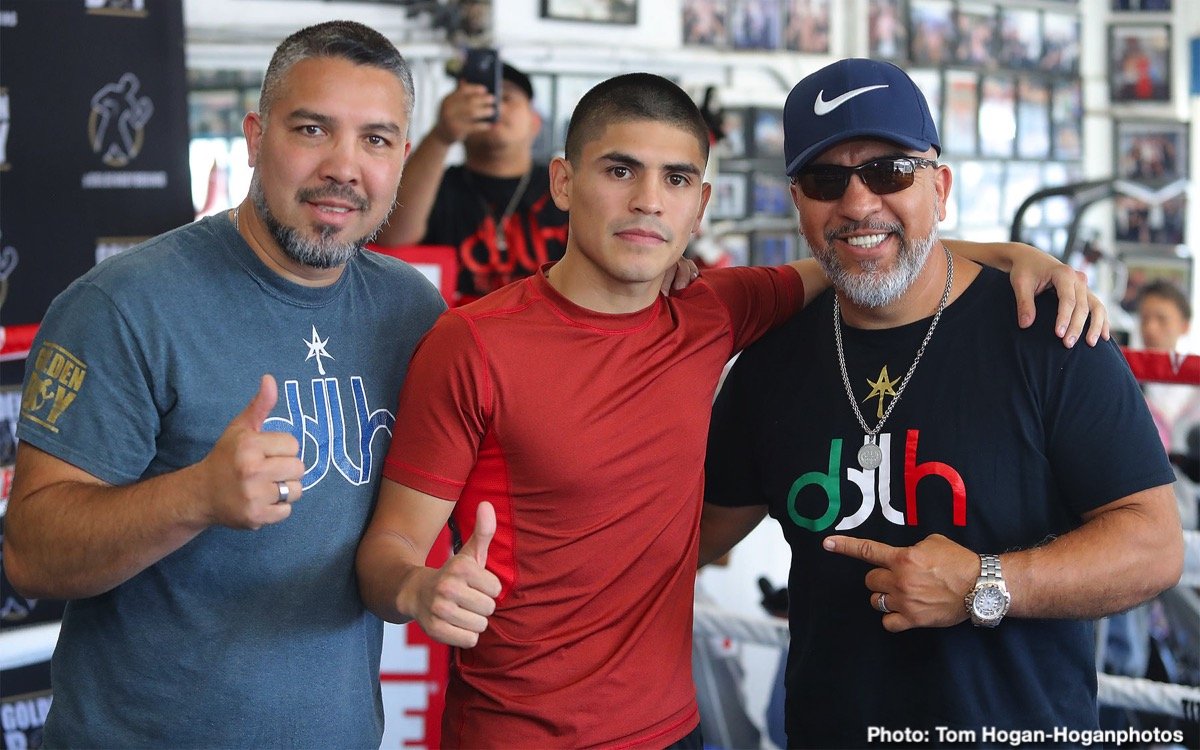 Diego De La Hoya (21-1, 10 KOs) will seek to bounce back from his first and only loss with a hometown battle against Renson Robles (16-6, 9 KOs) in the 10-round main event of the Dec.14 edition of Golden Boy Fight Night on Facebook Watch at The Auditorio del Estado in Mexicali, Mexico. The fights will be streamed live globally on Facebook Watch via the Golden Boy Fight Night Page.

De La Hoya is a 25-year-old contender who made waves in the super bantamweight division by defeating tough opponents such as former world champion Randy “El Matador” Caballero and Jose Salgado. However, in his most difficult fight to date, De La Hoya suffered a tough loss against Ronny Rios. De La Hoya will look to get back on the winning track in front of a hometown crowd.

“I am returning home with renewed strength, and I’m sure that I will deliver a great show to all of my people in Mexicali,” said Diego De La Hoya. “I already experienced how it feels to suffer a loss, but that has elevated my spirit to continue in this great sport with my mind set on a world title.”

Robles is a native of La Victoria, Venezuela who has faced the likes of Luis “La Pantera” Nery and Norbelto Jimenez in a professional career that initiated in 2014. The 35-year-old will look to derail De La Hoya’s comeback fight on Dec. 14.

“I’m ready for this great challenge against Diego De La Hoya,” said Renson Robles.”I know we will be on enemy territory, but I am sure of my abilities. It is a great opportunity that I will not waste. I will come very prepared and ready to fight. This December 14, I will score a big upset in front of all of the fans!”

In the co-main event, Roger “The Kid” Gutierrez (22-3-1, 19 KOs) of Maracaibo, Venezuela will fight Andres Tapia (16-7-3, 9 KOs) of Mexicali, Mexico in a 10-round super featherweight after his upset victory against highly regarded prospect Rocky Hernandez back in July.

Angel Beltran (8-0, 5 KOs) of Mexicali, Mexico will return in an eight-round welterweight clash against Jesus Ontiveros (6-6, 5 KOs) of Sonora, Mexico.

Sergio Ortega (21-1, 15 KOs) of Mexicali, Mexico will participate in a six-round welterweight bout against Esteban Villalba (11-21-3, 8 KOs) of Chihuahua, Mexico.

Kevin Anton (1-0, 1 KO) of Palmdale, California will open the night of action in a four-round welterweight fight.

Opponentes for Garcia and Adame will be announced shortly.

De La Hoya vs. Robles is a 10-round featherweight fight presented by Golden Boy. The event is sponsored by Tecate “THE OFFICIAL BEER OF BOXING.” The fight will take place Saturday, Dec.14, 2019 at The Auditorio del Estado in Mexicali, Mexico. The event will be streamed live on Facebook Watch via the Golden Boy Fight Night Page. The series will also be available in your area, click here.

Tickets for De La Hoya vs. Robles are one sale and are available at www.Zonaticketmx