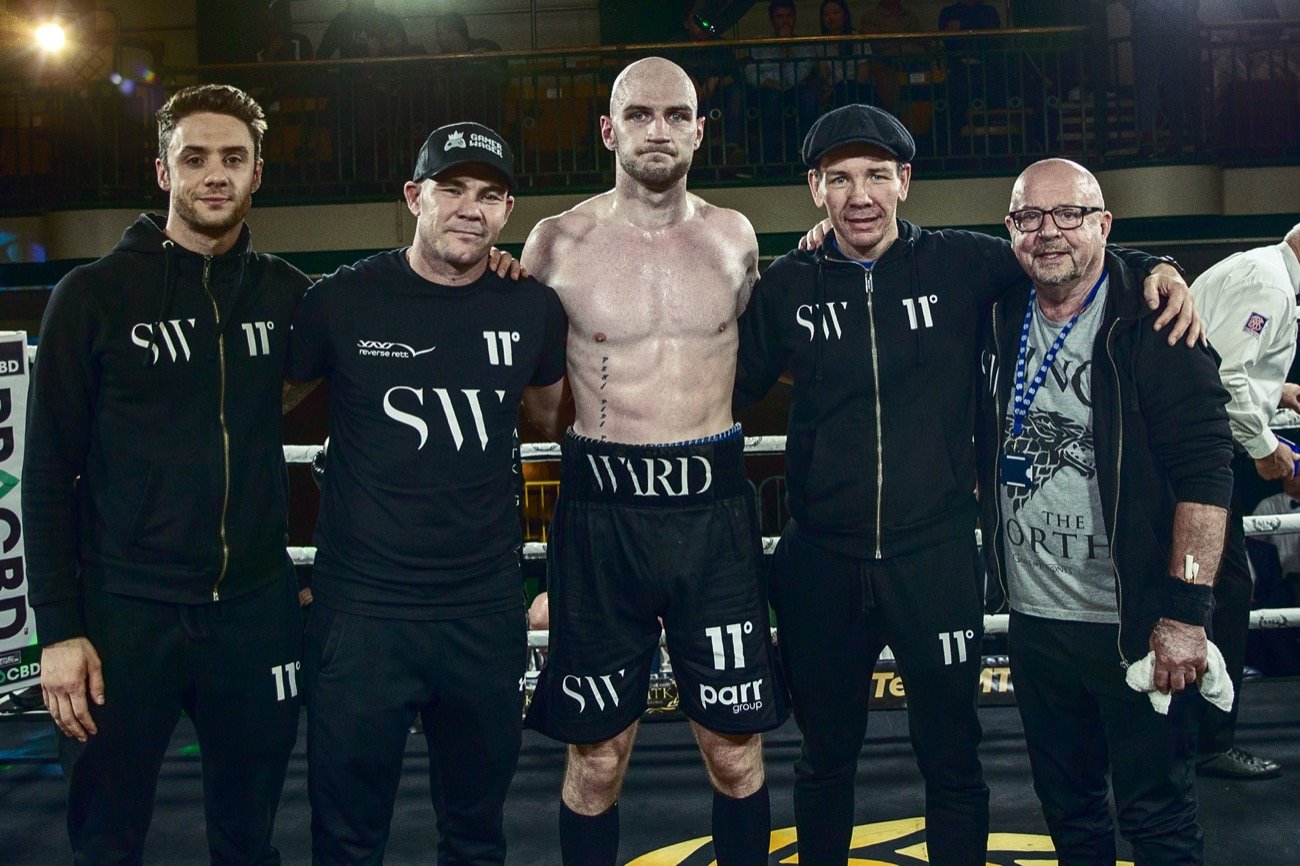 Steven Ward makes his highly-anticipated cruiserweight debut against Jone Volau next Wednesday – and the Belfast man hopes a win there can lead to a shot at the British title in the next 12 months.

‘The Quiet Man’ has big ambitions after moving up from light-heavyweight to cruiserweight, and has set his sights on a future crack at the British belt.

Ward said: “I’m over the moon and I can’t wait to be back fighting again. It feels like I’ve been out of the ring for a really long time.

“The last six months has helped me bulk up to cruiserweight, and it’s given me the opportunity to get stronger and to improve. Training has been great, and I’ve been in Belfast mostly getting a lot of sparring with Tommy McCarthy, so you can’t get much better than that.

“I don’t know much about Jone Volau, but he’ll be a big enough lad as he’s coming down from heavyweight. I’ve just got to make sure I’m firing on all cylinders and I perform at the weight.

“In the next 12 months I’d love to win the British title. First I need a few fights at this weight and a few wins, and then I believe I’ll be in the running for it.”

Steven Ward will make his long-awaited move into the cruiserweight division when he takes on dangerous opponent Jone Volau on the #GoldenContract undercard later this month.

Chapman recently starred on an action-packed #MTKFightNight last month when he took on Fearghus Quinn, and will now turn his attention to Fail.

MTK Global Promoter Lee Eaton said: “We’re delighted to add these two fantastic fights to the Golden Contract undercard. Steven Ward has been working hard over the past year ahead of his move to cruiserweight, and he has a very tough test ahead of him against Jone Volau.

“Volau has campaigned at heavyweight throughout his career, so he will be extremely motivated with this fight just slightly above the cruiserweight limit, so it’s a dangerous challenge for Ward.

“It’s great to have Ben Fail making his highly-anticipated professional debut too. He takes on former Southern Area title challenger Robbie Chapman, who we recently saw giving his all on an MTK Fight Night event, so it’s a big statement of intent from Ben to have this as his debut fight.”

The huge #GoldenContract event on September 30 features the super-lightweight and featherweight finals, with Ohara Davies taking on Tyrone McKenna, while Ryan Walsh goes up against Jazza Dickens.

The light-heavyweight semi-final between Liam Conroy and Serge Michel will also take place, while the other semi-final involving Hosea Burton and Ricards Bolotniks in Latvia will take place three days earlier on September 26.