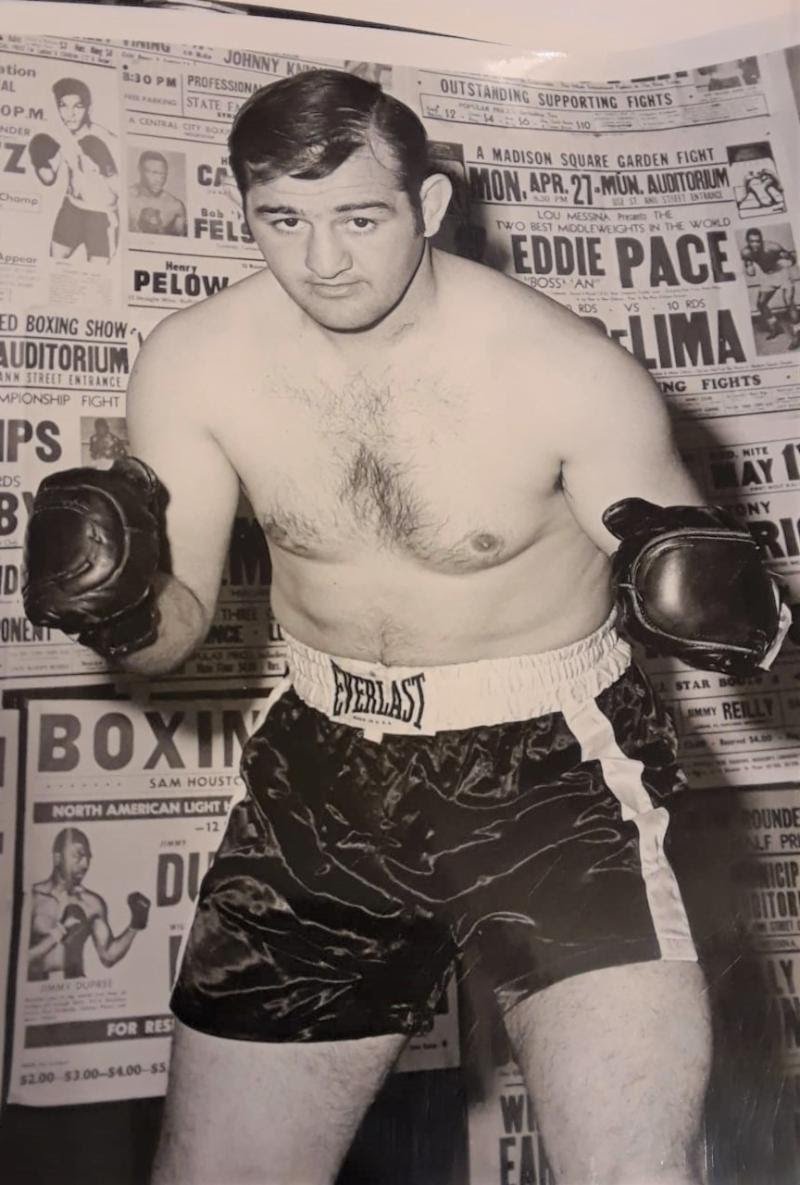 DiVeronica will be part of a 24-member Class of 2019 inducted at the eighth annual NYSBHOF induction dinner this Sunday afternoon (12:30-5:30 p.m. ET), at Russo’s On The Bay in Howard Beach, New York.

“This is what the New York State Boxing Hall of Fame is about, honoring and remembering men and women who devoted their time and energy to our beloved sports,” NYSBHOF president Bob Duffy said. “We thank all of them and their families for sharing these special people with us.”

Limited tickets are still available, priced at $125.00 per adult and $60.00 for children (under 16), and include a complete brunch and cocktail hour upon entry, starting at 12:30 p.m. ET, as well as dinner (prime rib, fish or poultry) and open bar throughout the day. Tickets are available to purchase by contacting Duffy at 516.313.2304 or depcomish@aol.com. Go on line at www.Ring8ny.com for additional information about the New York State Boxing Hall of Fame.

DiVeronica fought professionally between 1958-1972, compiling a 44-31-1 (13 KOs) record as a welterweight contender. He was stopped only twice in 58 pro fights, once by NYSBHOF charter (2012) inductee Emile Griffith.

“This wasn’t expected (NYSBHOF induction) and we’re all super excited,” DiVeronica’s daughter Theresa commented. “We live in the same town as the International Boxing Hall of Fame, but my father will never be inducted into that Hall of Fame because he was never a world champion, only a contender. Billy Backus (undisputed world welterweight champion in 1971-72) is from Canastota, too. He and my father never fought because they didn’t want the hometown fighter losing. My father was a humble guy and we’re so happy to have him recognized by the New York State Boxing Hall of Fame.”

DiVeronica will now join Backus, who was a member of the Class of 2014, in the NYSBHOF. Boxing was incredibly important in DiVeronica life in and out of the ring. He started a boxing club in Germany while stationed there in the U.S. Army. He even met his wife at the famed 5th St. Gym in Miami. Dick was staying there at the home of a relative, right next door to where his future wife lived. One day he asked her out and eventually they were married and starting a family back in Canastota.

“My family is so excited,” Theresa added. “We’ll be there for the induction ceremony, even my older sister from Germany.”

Each attending inductee (or direct descendant of) will receive a custom-designed belt signifying his or her induction into the NYSBHOF.

All boxers needed to be inactive for at least three years to be eligible for NYSBHOF induction, and all inductees must have resided in New York State for a significant portion of their boxing careers or during the prime of their respective career.