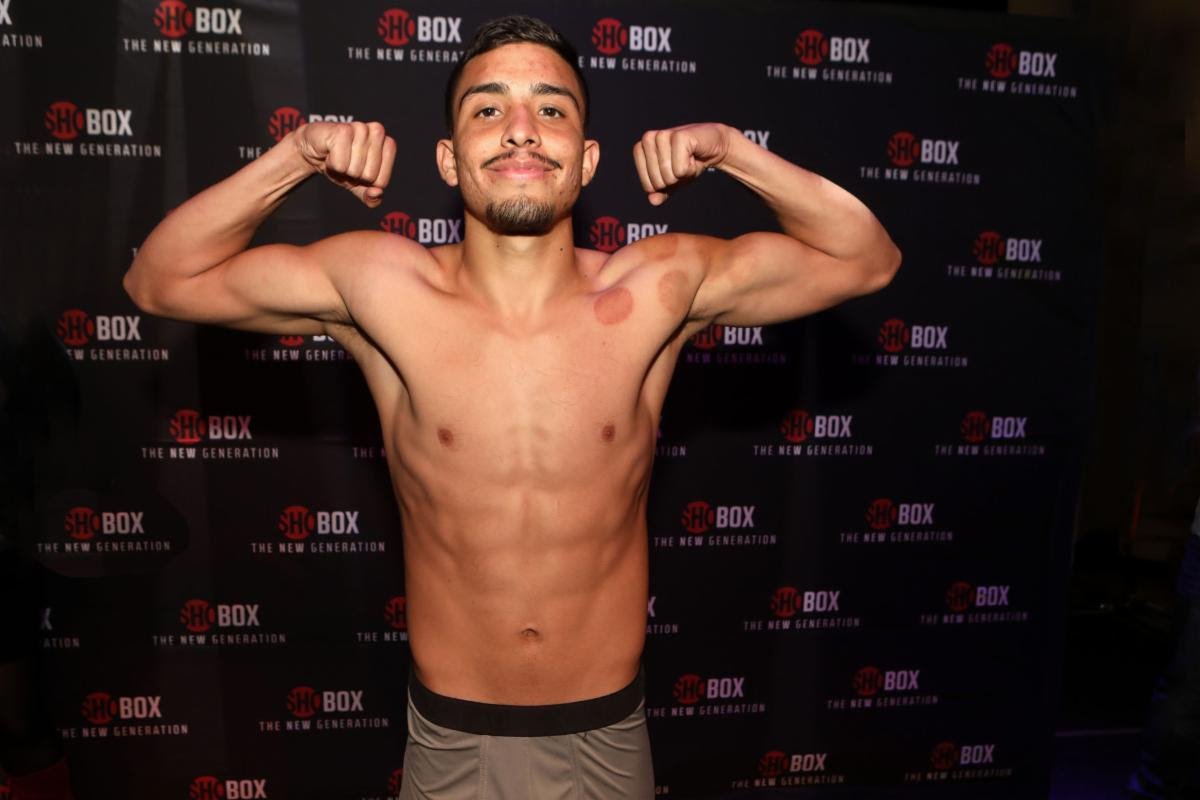 “I first saw Misael fight on one of my ShoBox undercards and was very impressed with how he handled the pressure as the underdog to come out victorious,” said Lou DiBella, President of DiBella Entertainment. “I am friendly with his managers, Jerry Casarez and world champion Jamel Herring, who came to me with this opportunity, and I am happy to work with them and Lyle Green. Lopez is a great young talent with a bright future…and he’s willing to accept real fights to prove it.”

“I’m very blessed for this opportunity,” said Lopez. “I’m excited to work with a great promoter like Lou DiBella and am ready for what’s coming ahead.”

“Jamel Herring and I are thrilled to have our fighter sign with Lou DiBella,” said Jerry Casarez, of First To Fight Management. “Lou is a Hall-of-Fame promoter, who has worked with the biggest names in the sport, so I know the future is very promising for Misael Lopez.”

“We are very excited to have Misael as part of our team,” said Lyle Green, of Sheer Sports. “Misael is outstanding inside the ring and out. He is destined for greatness and we are looking forward to assisting him in his career.”

Lopez burst onto the national boxing stage when he upset unbeaten favorite James Wilkins on SHOWTIME’s “ShoBox” series via unanimous decision, on September 21, 2018, in Shawnee, OK. The versatile boxer-puncher controlled the action of the fast-paced eight-round affair, combating Wilkins’ pressure with a higher volume of punches and deft footwork.

He has since added two more victories to his record. Lopez’s most recent bout, on October 4, 2019, which he won via six-round unanimous decision against Nestor Robledo, was later overturned to a ‘No Contest’ after his post-fight drug test came back positive for marijuana.

“Misael suffered a career setback when his last win was changed to a ‘No Contest’ after he tested positive for weed. I think he’s learned his lesson, but I’m not going to blackball somebody because he smoked a joint,” said DiBella.

Born in Agua Prieta, Sonora, Mexico, Lopez moved with his family to the United States at the age of two, growing up in Denver, CO.

Seeing his son bullied, Misael’s father, Ebenezer, who had an amateur boxing career and worked as a sparring partner for local, prominent fighters, decided to teach his son how to box so he could defend himself.

Developing an affinity for the sweet science, a 10-year-old Lopez had his first amateur bout in 2006. Over the next 10 years, the athletic Lopez excelled at boxing and soccer, participating in high-level competitions for both sports.

Still trained by his father out of House of Pain Boxing Gym, in Aurora, CO, Lopez turned professional on May 21, 2016, and is now co-managed by First To Fight Management and Sheer Sports.

The Japanese star (14-0, 9 KOs), who is managed by Eddy Reynoso, won the IBF 105lbs World Title by outpointing Jose Argumendo in July 2017, before making two defences of the Title against Carlos Buitrago and Vince Paras.

27-year-old Kyoguchi was crowned a two-weight World Champion when he stopped Hekkie Budler in ten rounds in December 2018 to earn the WBA and Ring Magazine Light-Flyweight belts, and has since made two successful defences against Tanawat Nakoon and Tetsuya Hisada.

“I am confident that I will give it my all and show honour in this sport as a proud Japanese World Champion,” said Kyoguchi. “I’m ready!”

“I’m delighted to welcome two division World Champion and Ring Magazine king Hiroto Kyoguchi to the Matchroom Boxing team,” said promoter Eddie Hearn. “As we continue our global expansion we welcome our first Japanese World Champion to Matchroom and look forward to our first show there in 2021. I look forward to a long and successful relationship with him and his manager Eddy Reynoso.”

“It is an honour to work with the best promoter in the world in Eddie Hearn and Matchroom Boxing,” said Eddy Reynoso of No Boxing No Life management. “Thanks also to Hiroto Kyoguchi for having the confidence to let me represent him. We look forward to a big future together.”