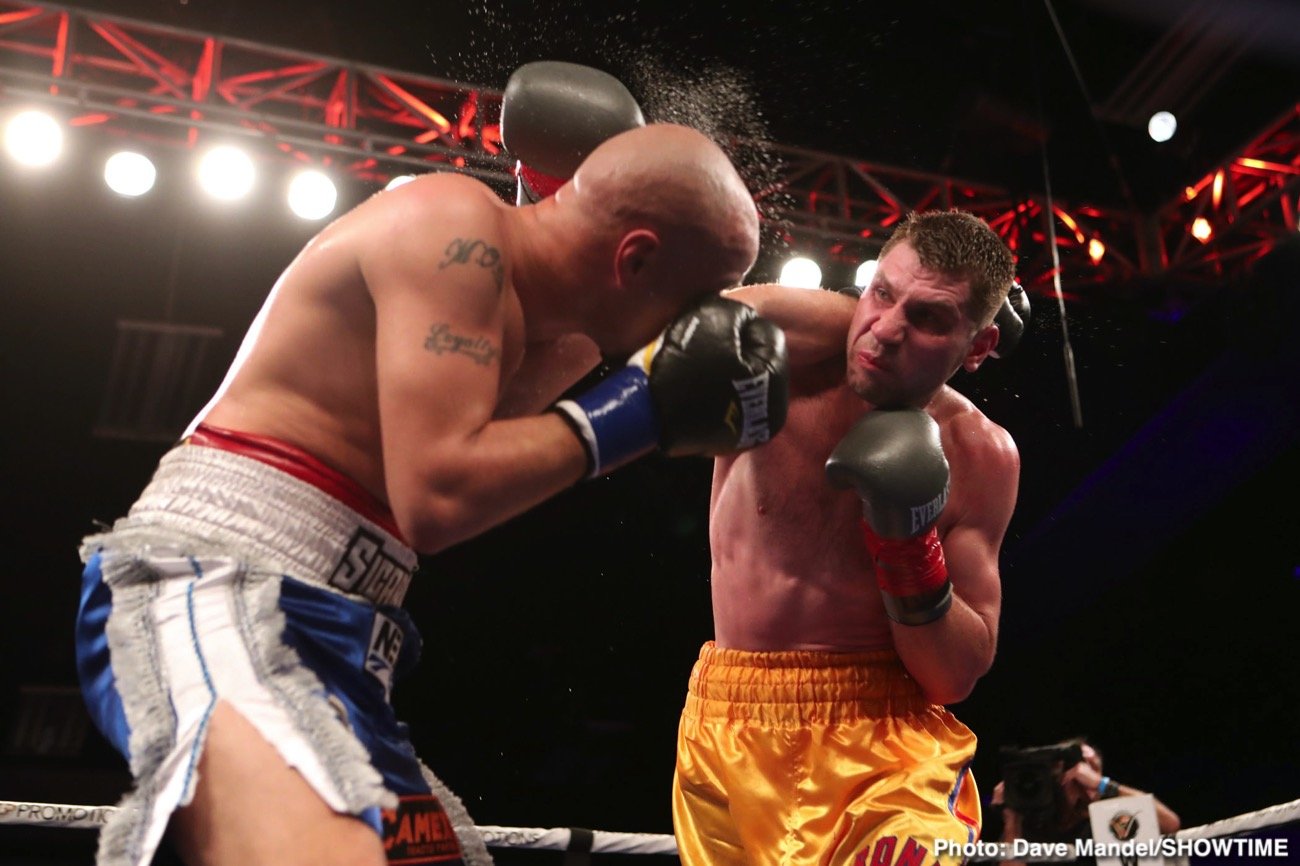 On Thursday, August 20, 2020, promoter Dmitriy Salita will kick off a very special series of no spectator professional boxing shows entitled “DETROIT BRAWL AT THE LEGENDARY KRONK” at Detroit’s Kronk Gym.

“It’s great to kick off this exciting series from the legendary Kronk Gym in the historic boxing city of Detroit and fulfill the hunger of boxing fans and fighters alike who are craving hard-hitting action,” said Dmitriy Salita. “The main event will be a tough test for world-ranked rising star Vladimir Shishkin, and we have several more high-profile fights that we will be announcing shortly. I am thrilled to be able to showcase these fighters to the fight-savvy UFC FIGHT PASS audience.”

Trained by SugarHill Steward at the Kronk Gym, the 28-year-old Shishkin first made his presence felt in his United States debut in August of last year, registering an eighth-round technical knockout against then once-beaten DeAndre Ware.

A former amateur standout in Russia, the 6’ 1” Shishkin scored 301 wins in 330 fights before turning professional in 2016. Despite having just 10 professional fights, Shishkin has already won the WBA Continental Super Middleweight Championship with a KO win over Gasan Gasanov. Shishkin holds a successful title defense against former world title challenger and world-rated contender, Nadjib Mohammedi, via TKO. Shishkin was last seen scoring a dominant unanimous decision over then-undefeated (15-0-2) Californian Ulises Sierra in January of this year.

“It is an honor to be fighting in the first event at the legendary gym where I train and have learned so much about fighting as a professional,” said Vladimir Shishkin. “And with the reach of UFC FIGHT PASS, my fight can be watched by my fans across the USA and back home in Russia. I will work hard to put on a spectacular performance worthy of this recognition.”

A “boxing businessman,” Oscar Riojas is a hard-nosed slugger who always comes to fight, win or lose, regardless of the opponent’s reputation. The 36-year-old veteran says he uses his fight purses to open a café in Mexico and to support his extended family including his parents. Better than his record, Riojas has been on the controversial end of some of his fights against top competition and says he’s ready for war against who he calls the “untested” Shishkin.

“I always come for war, no matter who I face,” said Riojas. “My Russian opponent is undefeated, but he has never been in the trenches with a true warrior. We are going to see if he is what they say he is on August 20. Tell him to be ready.”

Originally run out of the basement of the oldest recreation center of the City of Detroit, the legendary Kronk Gym rose to prominence under the guidance of hall-of-fame trainer, Emanuel Steward, in the 1980s. Producing such homegrown greats including multiple World Champion and Boxing Hall of Famer Thomas “The Hitman” Hearns, lightweight champion Hilmer Kenty, WBC’s World Welterweight Champion Milton McCrory, IBF Lightweight king Jimmy Paul, and WBC Junior Middleweight champ Duane Thomas among many others.

After Steward’s unfortunate death, Kronk Gym relocated to a modern new Detroit facility in 2015, under the guidance of Steward’s nephew, Javan SugarHill Steward. Steward has gone on to forge his own growing legend, working with a new group of fighting champions and contenders, including lineal and unified heavyweight champion Tyson Fury.

“This will be a historic fight because Emanuel was trying to do something just like this before he died,” said Javan SugarHill Steward. “He did amateur shows at the gym but a big pro show like this is something he was working on. To continue his legacy like this is amazing. It’s going to be fire.”

Salita Promotions proudly announces that Brains Bioceutical Corp, a global leader in manufacturing a THC-free and non-GMO cannabidiol (CBD) line ofr products, has been brought on as a presenting sponsor for the historic “DETROIT BRAWL AT THE LEGENDARY KRONK” event at Detroit’s Kronk Gym on Thursday, August 20, 2020, and livestreamed exclusively on UFC FIGHT PASS® (7pm ET/4pm PT).

Brains One of only nine companies in the world to possess the highly sought after API (Active Pharmaceutical Ingredient) designation under Eudra GMPD, and one of just fewthree in the world certified to produce from a natural, plant-based source, Brains Bioceutical Corp specializes in the production of naturally sourced APIs for the pharmaceutical and nutraceutical industries.

Currently available in the UK and USA, Brains Bioceutical Corp is one of the only CBD wellness companies in the world supplying products to international clinical trials, including a phase 3, double-blind trial using CPB API for treatment of refractory epilepsy. Brains has also launched theThe ALTIS / Brains Bioceutical Living Lab facilityfacility, which is a state-of-the-art, interdisciplinary athletics-training facility that explores, experiments, and evaluates the power of CBD API in elite athletes.

“The athletic division of our company has always been particularly important to us because we feel we’ve created one of the world’s purest CBD products that has been tested by a the World Anti-Doping Agency (WADA) approved laboratory and some of the highest regulators in the world,” said Rick BrarCalvin Rasode, CEO & ChairmanDirector of Marketing, Brains Bioceutical Corp. “We are happy to be pairing with Salita Promotions on an exciting and yet socially responsible boxing event at the historic Kronk Gym. The therapeutic effects of CBD continue to be explored, but we’re seeing promising results from studies around concussion recovery, and we think that’s especially important in contact sports like boxing and martial arts.”

BrarRasode says that Brains Bioceutical Corp has reached a level of purity with their products where the world’s top athletes can reap the benefits of all-natural CBD without concern for violating WADA restrictions. “We’ve checked all the boxeshit the pinnacle of the regulationsindustry when it comes to the purity of our product. Our sports department has always been of the utmost importance because the athletes have the most to lose when it comes to doping regulations. We stand by our products being THC-free according to WADA, as well as free of other banned substances, heavy metals and pesticides. We have brought together some of the brightest minds in the pharma and sports industries to achieve this level of purity for both our medicinal and wellness products.”

“Brains Bioceutical Corp is on the cutting edge of CBD product manufacturing and research and I’m happy to bring them on as a sponsor of this historic event,” said Salita Promotions President, Dmitriy Salita. “The many benefits of CBD for fighters, other recovering athletes and many other treatments, are just beginning to be discovered.”

Opening up the action will be a middleweight four-rounder featuring Detroit’s Marlon Harrington (1-0, 1 KO) looking to spoil the pro debut of San Antonio’s Ricardo Medina.