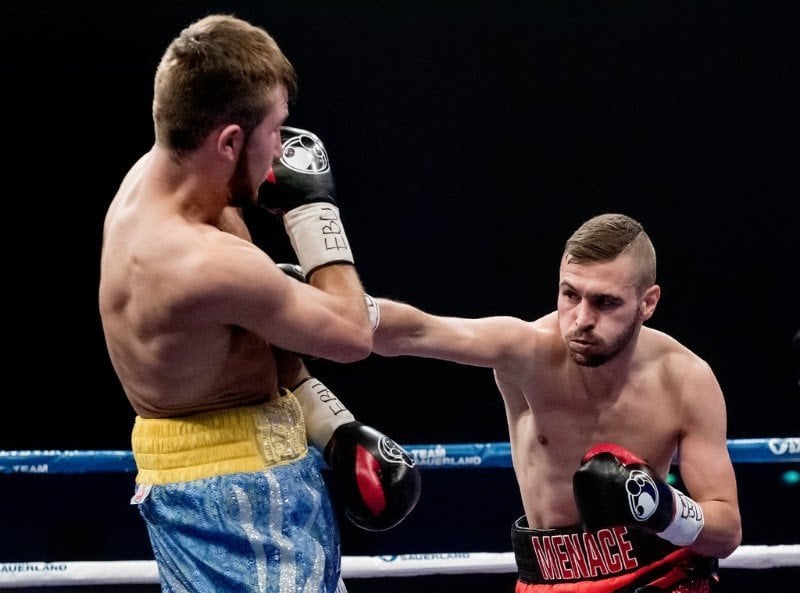 Dennis Ceylan has been forced to postpone his EU Featherweight title fight with Jesus Sanchez on November 24 at the Ceres Arena in Aarhus due to illness.

The 29 year-old has been suffering with influenza and unable to train adequately for his upcoming revenge mission against the current Spanish Champion, who defeated Ceylan via knockout at the Struer Energi Park in March.

“I’m disappointed not to be able to box on November 24, but this is a very important fight for me and I need to make sure I’m 100% ready when I enter the ring, and unfortunately, that’s not going to be possible,” said Ceylan.

“I’ll now take some time to rest before getting back in the gym and training harder than ever. I want revenge on Sanchez for beating me in March, and I look forward to a new date being scheduled once I’ve recovered.”

Promoter Nisse Sauerland has expressed his regret at postponing the show but says fans will not have to wait long before seeing Ceylan and Sanchez in the ring.

“It’s with regret that we must postpone the show,” said Sauerland. “But with just a month to go, Dennis is unwell and unable to train, and for a fight of this magnitude, it would to be too big of a risk to allow him to continue.

“Dennis will not be out of action for long. In a week or two, he should be ready to resume training. I will now speak with Sanchez’s team and the EBU, and will look to reschedule the fight as soon as possible.”

Customers who have already purchased tickets for the November 24 event at the Ceres Arena in Aarhus should contact Ticketmaster to receive a full refund.

Ceylan says it is ‘all or nothing’ as he looks to avenge the shock second-round knockout defeat he suffered to Sanchez on March 10 at the Struer Energi Park, and reclaim European honours having previously held the EBU Featherweight strap.

“I am very happy to get the rematch with Sanchez,” said Ceylan. “He caught me with a good shot last time, but I was up and ready to continue, and I don’t think the fight should have been stopped, but I can’t blame the referee, I should have I kept my hands up and not given him the opportunity.

“This time it will be different. I’m not afraid of this guy. He may have beaten me before but it won’t happen again. Now, I want revenge. This fight is all or nothing for me. If I win, my career is back on track, but if I lose, I will retire.”

Sanchez returns to Denmark full of confidence following his impressive knockout win, and has vowed to get the better of Ceylan for a third-time having reportedly schooled the Danish boxer in a sparring session prior to their first encounter.

“We sparred together in 2017 while you were training in Madrid, and I got the best out of you. We fought in Struer, and I knocked you out. The third time we meet, it will not be any different,” says the Spanish Champion.

“It’s always dangerous to predict a knockout because you risk looking for a big punch and opening yourself up for counters. Therefore, I am happy to simply predict a win – be it on points or inside the distance.”

Promoter Nisse Sauerland says he is excited to bring big-time boxing back to Aarhus, and has warned Ceylan must ‘be at his best’ to defeat Sanchez.

“We look forward to returning to Aarhus for another fantastic night of boxing on November 24,” said Sauerland. “Dennis suffered a heavy defeat last time he shared a ring with Sanchez, but now he has the chance for revenge!

“After a tough 12 months, winning the EU title will be a huge boost for Dennis’ career and can bring him back into EBU and World title contention, but as we saw in March, he will need to be at his best to beat Sanchez.”

The EU Featherweight Championship contest between Dennis Ceylan and Jesus Sanchez will top the bill at the Ceres Arena in Aarhus on November 24 with a full undercard featuring the very best of Danish boxing set to be announced.