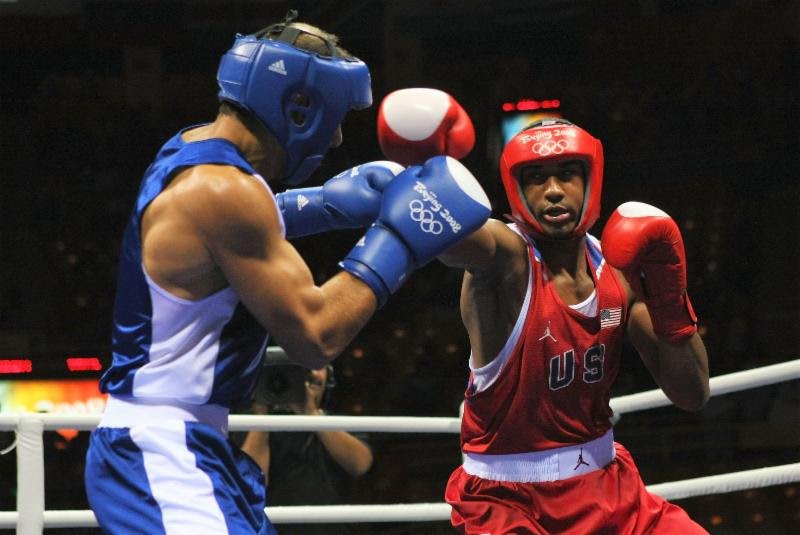 As amazing as it is that three-time, two-division world champion Demetrius “Boo Boo” Andrade hasn’t lost in the ring since 2008, the 31-year-old slick southpaw is also celebrating his Silver Anniversary as a boxer.

Andrade started boxing 25 years ago, at the age of six, in Providence, Rhode Island, at his father Paul’s gym where Demetrius’ older brother by four years, Michael, was being trained. “My routine was school, gym, school, gym,” Andrade remembered.

In 2007, Andrade captured top honors in the welterweight division at the World Championships in Chicago. The same year at the Pan American Games, however, he experienced the adverse effects of international amateur boxing politics, losing 7-6 in the championship final to a Brazilian opponent, Pedro Lima, who, not coincidentally, was fighting at home.

Andrade had destroyed three solid fighters leading up to the finale – John Jackson (23-5), Jean Carlos Prada (RSCO – 3) and Diego Gabriel Chaves (22-0) – and he was clearly the class of his division. “It was still fun,” Andrade said. “I was on top of the world and had a purpose. I got to travel to Brazil and became part of the Pan American Games history.”

Andrade qualified for the 2008 USA Olympic Boxing Team by sweeping the USA Trials and Box-Offs, including back-to-back victories in the last two matches against future professional world champion Keith Thurman.

The last time Andrade lost was at the 2008 Olympic Games in Beijing, China, when he was on the wrong end of another questionable decision, losing in the quarterfinals, 11-9, to South Korean Kim Jung-Joo.

Despite losing his only opportunity to take home an Olympic gold medal, Andrade still feels that competing in the Olympics was the highlight of his amateur career. “It didn’t spoil things for me,” he remarked. “I represented my country, myself, and my family in the Olympics. It was part of the journey that got me where I am today. I went there, put on a good face, and accepted the judges’ decisions. In my heart and soul, though, I know I won and so does anybody who has watched that fight. I don’t look at it as a loss.

“I never look at that being my last loss when I prepare to fight because it could be a distraction. I’m always in top shape when I enter the ring. I put in the effort, believe in myself and have a vision. I don’t get caught up in it (not losing since 2008). I continue to adjust and do the right things. I set the bar high a long time ago to not only be the best in New England, but all of boxing, and I’m in that position now. I know how to win but did lose in the amateurs.

“We put our lives on the line every time we’re in the ring. A loss in pro boxing isn’t supposed to hurt too much, but it would for somebody like me, not (Manny) Pacquiao or (Saul) ‘Canelo’ Alvarez, because they have their whole country behind them. I’m an American of Cape Verdean decent and that’s not the same.”

USA Boxing had a profound influence on Andrade in many ways, especially travel for an inner-city kid. He competed in China, Russia and Germany (twice apiece), Brazil, Venezuela, Hungary, Netherlands, France and Portugal.

“Amateur boxing developed my personality and helped me travel the world,” Andrade added. “I got to see how others live and learned how fortunate we are in America. We take so much for granted. We don’t need to be so materialistic; it’s a luxury that we don’t need. For so many it’s all about getting up every day, working to pay bills, and being with loved ones.”