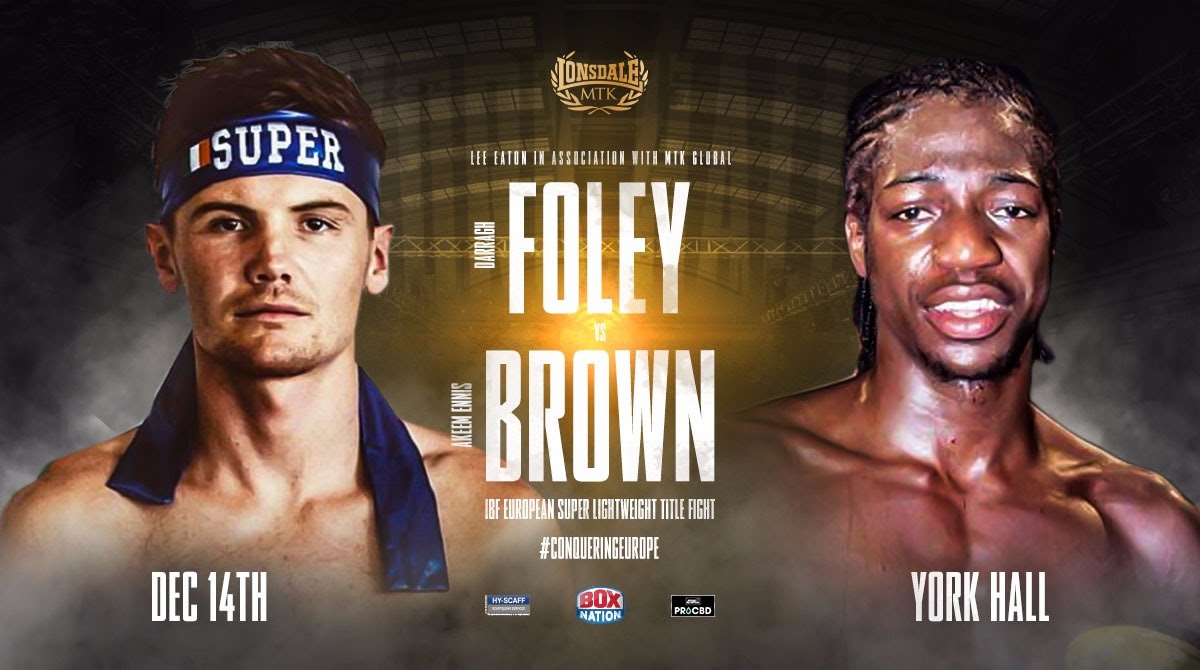 Irishman Foley (15-2-1-KO8), who trains under Tony Del Vecchio at the MTK Sydney facility in Australia, has a chance to showcase his talent at the iconic London venue live on BoxNation.

Foley, who is ranked sixth in the world by the WBA, made his UK debut in Glasgow in September only for an early cut to opponent Chris Jenkins to force a technical draw.

McKenna: This fight will change my life

Foley said: “There was no hesitation in taking this fight because six weeks is enough to prepare for any style. I’ve been in the gym for a good few weeks so I’m already in good shape.

“His style is very unorthodox and awkward. This camp will be long enough to work him out. If he thinks he can fight me the way he’s been fighting other guys, he’s in for a shock. I’ve got respect for him though – he’s fought some good fighters and he’s still young.

“Any time we go into a fight, we study the opponent, assess their weapons and then nullify them. He’s busy like a little ant but I’m pretty confident I’ll neutralize that with good thorough boxing and tactics.

“I started off the year on a high getting to eighth in the world. After this fight I want to pick up that hunt for world titles. I respect that Akeem is trying to fight his way to the top too. This is about two avoided fighters going in there to face each other.

“It’s pretty close to Christmas but I should get a good turnout in terms of fans on the night. I’d like to thank all my sponsors and MTK Global. I’m going to finish 2018 on a high and then pick up the chase for world title honors early next year.”

Watch all the action live on BoxNation