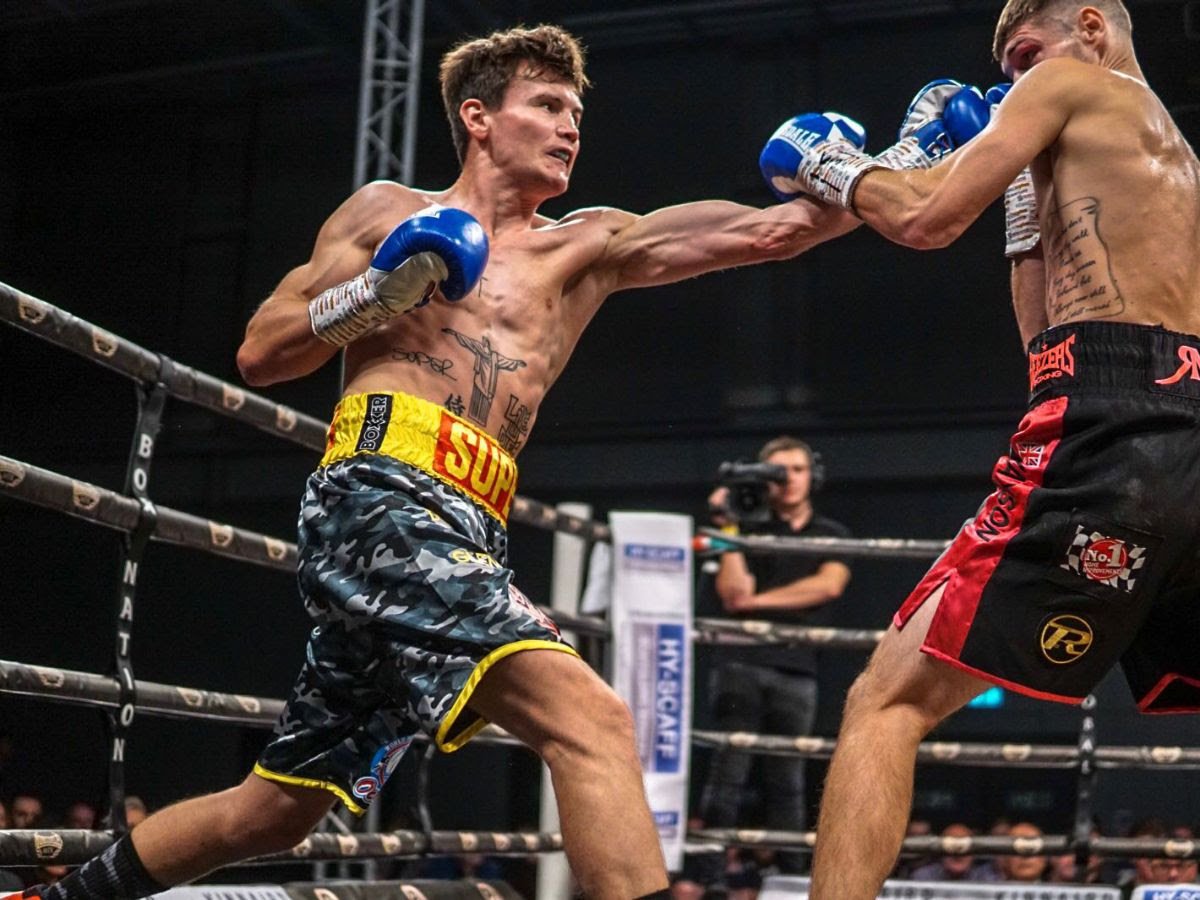 Akeem Ennis Brown is fully enjoying the prelude to his WBO European super-lightweight title clash with Darragh Foley on Friday.

The unbeaten Gloucester youngster (11-0-KO1) heads for London’s York Hall to take on the Irishman – live on BoxNation – and is brimming with confidence ahead of his biggest test to date.

Brown said: “A lot of people said I should expect some trash talk. Whatever he brings to the table, I’m happy with that. It brings in more exposure.

“It’s exciting because I like fighting against characters. It builds things up. After this, I think fighting other characters like Tyrone McKenna, Lewis Benson and guys like that would help me get to where I want to get to.

“I know Darragh Foley is a good fighter but the better the opponent, the more it brings out in me. He’s done lots of things abroad. I’m taking him very seriously but I’m confident in my ability.

“By next year, if everything goes to plan, my perfect year would be having the British and Commonwealth titles. Hopefully I’ll be on my way to fighting for a world title. I want to move fast.

“I’m looking forward to Friday night first. Last time we went to York Hall we brought 120 people with us. My bunch will make it a good atmosphere. There’ll be energy and drums banging.”

Brown takes on Foley on a busy bill of boxing at the home of British boxing, with Larry Ekundayo defending his IBF European welterweight crown, a battle of two unbeaten fighters in Liam Wells vs. Rod Douglas and many more.

World-ranked super-lightweight Darragh Foley will target top honors if and when he overcomes Akeem Ennis Brown for the WBO European title on Friday.

The Australia-based Irishman (15-2-1-KO8) clashes with the promising Brown (11-0-KO1) on a packed night of boxing at York Hall – live on BoxNation – and admits he’s already dreaming of a world title shot in 2019.

Foley said: “My perfect plan for 2019 is to challenge the IBO champion Mohammed Mimoune. I want him. He’s signed with MTK Global so it should be an easy fight to make.

“I’ll happily go to Paris and fight him in his back yard. That’s the fight I want and once I take the title from him and defend it, I’ll be perfectly placed for when the winner comes out of the World Boxing Super Series.

“If Mimoune wants to hold onto that belt for a little while longer, then I’d love to fight an eliminator for the WBA or IBF world titles. I’m ready for anyone and anything.

“I’m the second-highest ranked fighter in my division signed to MTK Global. Obviously Jack Catterall is world-ranked and is ranked very highly by the WBO but I’m next in line after that.

“I’m in super shape heading into this one. I’ve been in Boston working hard and I was in good shape even before I came out here. I’ve been sparring against bigger, stronger, heavier men and I’m learning every day.

“This is the second camp I’ve done out under Hector Bermudez. I also brought over my strength and conditioning coach so it’s been a perfect partnership between the two of them. Everything has been catered for and I’m raring to go.

“My last fight was frustrating. I felt like I was well on my way to victory before the technical draw. I felt like the rug was pulled from underneath me but that’s boxing. I’ve no fear about being over-eager in this fight because of that; I’m a professional.

“The Chris Jenkinson fight left a sour taste in my mouth but I’m looking forward to wiping that away on Friday night.”

Joining Foley vs. Brown on a stacked card is Larry Ekundayo’s IBF European super-lightweight title defence against Louis Greene plus a clash of two unbeaten prospects in Liam Wells vs. Rod Douglas Jr and much more.

Akeem Ennis Brown – aka ‘Riiddy’ – is adamant he’ll seize both his opportunity and the WBO European super-lightweight title at York Hall on Friday.

The unbeaten Gloucester youngster (11-0-KO1), who has already won the English title and a WBC world youth title by the age of 23, faces world-ranked Darragh Foley (15-2-1-KO8) on a stacked MTK Global card live on BoxNation.

Brown said: “When I get through this, there will be a lot of options for me. It depends which route I want to go down. I’d like a world title eliminator, or defend the European, or go for the British and Commonwealth.

“For me, it’s all just about which elevate me to world level quickest or make most money. I won’t look past Darragh but I’ll get past him and then it will be on to bigger and better things.

“These are the kind of fights I want. It’s meaningful and I want to be able to headline TV shows. This is why I joined MTK Global and I’m glad they’ve delivered it for me. I feel no pressure.

Joining Foley vs. Brown on the card is Larry Ekundayo’s IBF European welterweight defence against Louis Greene, Liam Wells vs. Rod Douglas Jr and much more.