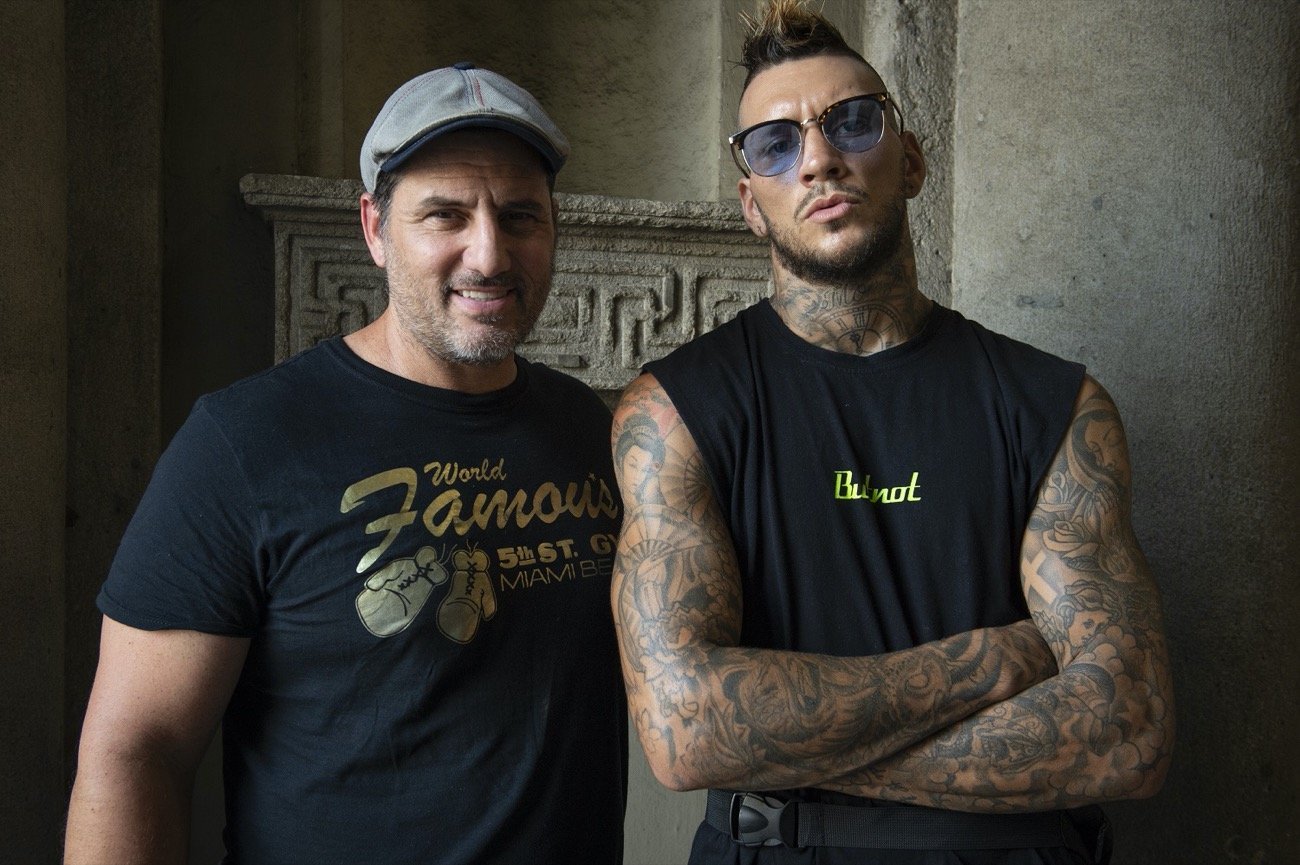 On October 25 at Allianz Cloud in Milan, Italy, IBF International super middleweight champion Daniele Scardina (17-0 with 14 KOs) will defend against two-time Belgian champion Ilias Achergui (13-4-1 with 6 KOs) on the 10 rounds distance. The show is promoted by Opi Since 82, Matchroom Boxing Italy and streaming service DAZN which will broadcast it live in Italy, USA, Canada, Germany, Austria, Switzerland and Spain. While born and raised in Rozzano, close to Milan, Daniele Scardina lives in Miami Beach and trains at legendary 5th Street Gym under coach Dino Spencer who has been in boxing for several decades, was a good friend of Angelo Dundee and met many times Muhammad Ali. Besides working with Scardina, Dino Spencer is also one of his closest friends. Scardina said that he considers Spencer a member of his family. That’s why Spencer is the best person to talk about Scardina.

Mr. Spencer, are you happy with the results of Daniele Scardina’s training ?

“I’m very happy. Daniele trains with great passion. He likes it and always wants to do more than necessary. Last week I told him to run for 20 minutes and he told me that he wanted to run for 1 hour. I had to explain him that overtraining is dangerous especially a few days from the fight. Same story when I told him to do 8 rounds with 2 different sparring partners (4 rounds each). Daniele wanted to spar more. I had to remember him that the October 25 fight is on the 10 rounds distance and therefore the job that he is doing is enough. If it was up to him, Daniele would train 24/7. That’s why I consider him a real fighter and I’m sure that he will make it big.”

You have a father/son relationship with Daniele. Why?

“Because that’s the kind of relationship I like to build with my fighters. In a family, people discuss, argue, yell, but stay united. In a business relationship, if a fighter doesn’t like his coach he will find another one.”

In sunny Miami Beach training seriously must be difficult. Fighters have too many temptations. How did you solve that problem?

“Convincing my fighters to live like Spartans. They train and rest. Period. They will have time to have fun after their professional career in boxing. Right now, a big event for them is coming to my house to watch a major fight on television. We talk, commentate the fight and build team spirit. By the way, Daniele is not my only Italian fighter. I also train Matteo Papa from Varese (not far from Milan) who has a professional record of 5-0 in the welterweight division. My door for Italian fighters is always open as I am Italian-American: my ancestors are from Corleone and Piana degli Albanesi, in Sicily. I grew up admiring Italian champions like Nino Benvenuti.”

The Allianz Cloud in Milan will host another evening of Championship Boxing when Matchroom Boxing Italy and OPI Since 82 return on Friday October 25 for a stacked card full of title action to be shown live on DAZN.

Scardina (17-0, 14 KOs) retained his IBF International Super-Middleweight title with a classy unanimous decision over Goddi earlier this summer and ‘King Toretto’ puts his ranking title on the line once more as he looks to secure a World title shot.

“Daniele Scardina is quickly establishing himself as one of the stars of the resurgence in Italian boxing and this year we have seen him score impressive back-to-back wins in Milan,” said Eddie Hearn. “We’re building something exciting in Milan after two successful shows and Daniele is at the forefront of that success. It’s another show full of title action as Francesco Patera defends his European title in an all-Italian clash with plenty more action further down the card.”

Salvatore Cherchi of OPI Since 82 said: “It’s always a pleasure to return to this historic boxing venue in Milan. Once again, we have three title fights topping the card with the popular Daniele Scardina back in action. The European Lightweight title is an all Italian affair between Franceso Patera and Domenico Valentino and knockout artist Maxim Prodan is looking for another big win.”

Veronica Diquattro, EVP Southern Europe DAZN, affirmed: “With this event in Milan, it will be a pleasure to conclude the first year of our collaboration with Matchroom Boxing Italy and OPI Since 82, which saw the return of Italian boxing to the spotlight with eight great nights, after years in which it had lost interest. We have guaranteed great visibility for Italian boxers and boxing not only on a national level but, also internationally within the other eight countries where DAZN is present. We are looking forward to continuing our adventure in the next season.”

Tickets will be available to purchase next week via www.ticketone.it