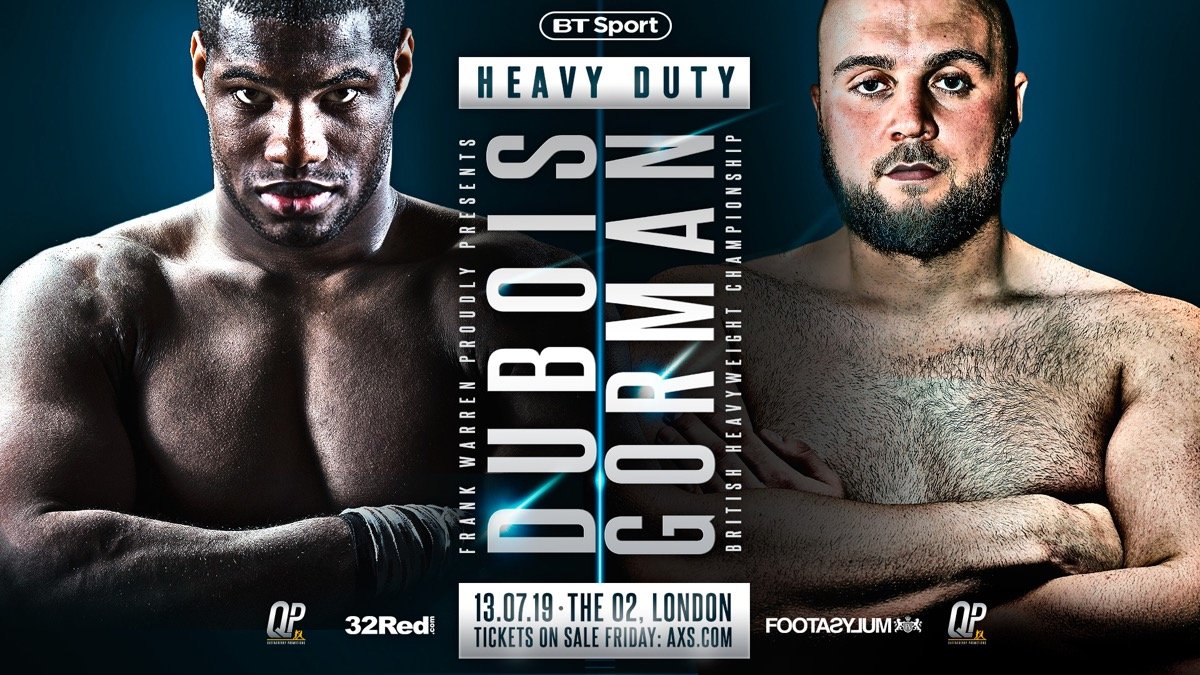 ARCH rivals Josh Warrington and Carl Frampton are joined as one over the big Daniel Dubois v Nathan Gorman showdown.

And the pair are unanimous that it’s Dubois who will have his hand raised in victory when the vacant British heavyweight championship is on the line at London’s o2 Arena on Saturday July 13.

“What a fight we have to look forward to when Nathan and Daniel fight,” purred Warrington who recently successfully defended his world crown against Kid Galahad.

Warrington added: “They have two different styles, both big punchers, both prospects and a British title on line – it is going to be fantastic.

“It has got everyone talking and there are so many different opinions. It is 50-50, and I know plenty of people are leaning towards Nathan, but I am going with Dubois.

“He is devastating when he gets an opponent hurt and I think he can win early.”

Frampton added: “All credit to both boys for taking this fight so early in their careers.

“A loss doesn’t mean the end, far from it and especially when it is so early in their careers. I can see them, fighting again in the future.

“Gorman is slick, nice mover for a big heavyweight, but I fancy Dubois slightly although it’s a very good fight.”

BEN DAVISON has emerged as one of British boxing’s top trainers over the last 12 months through his work with lineal heavyweight champion Tyson Fury and WBO super-middleweight title holder, Billy Joe Saunders.

He has also wowed fans with his expert knowledge at breaking down fights.

We put him on the spot and asked Ben to assess the fascinating vacant British heavyweight title fight between Daniel Dubois (11-0, 10KOs) and Nathan Gorman (16-0, 11 KOs) that takes place at London’s o2 on Saturday July 13, live on BT Sport. A fight not to be missed.

Here is what Davison had to say when we caught up with him.

“Key factors for Nathan are that he keeps his feet moving and doesn’t allow Daniel to plant his feet and have the balance to load up on his shots.

“It will be hard for Daniel to carry the same power if he is having to travel and punch at the same time.

“Nathan’s also got very good head movement, variety and good shot selection. If he can keep his feet moving whether it’s big steps or small steps he’ll be bringing Daniel towards him.

“Daniel having to travel and close the distance means he’ll be having to step into Nathan. With good timing, good head movement and good counters he could make Daniel pay.

“I think it’s important that Nathan puts an exit on his shots so when he makes Daniel miss he makes him pay.”

“What’s key for Daniel is feints to throw Nathan’s timing off.

“I think changing the tempo of his work and not chasing Nathan is important.

“If Daniel gets carried away with the moment and looks for the knockout with Nathan getting under his skin he could play right into Nathan’s hands.”

“I think it’s a good fight between two upcoming prospects and I think who gets their game plan right and can make those adjustments through the fight will come out on top.”