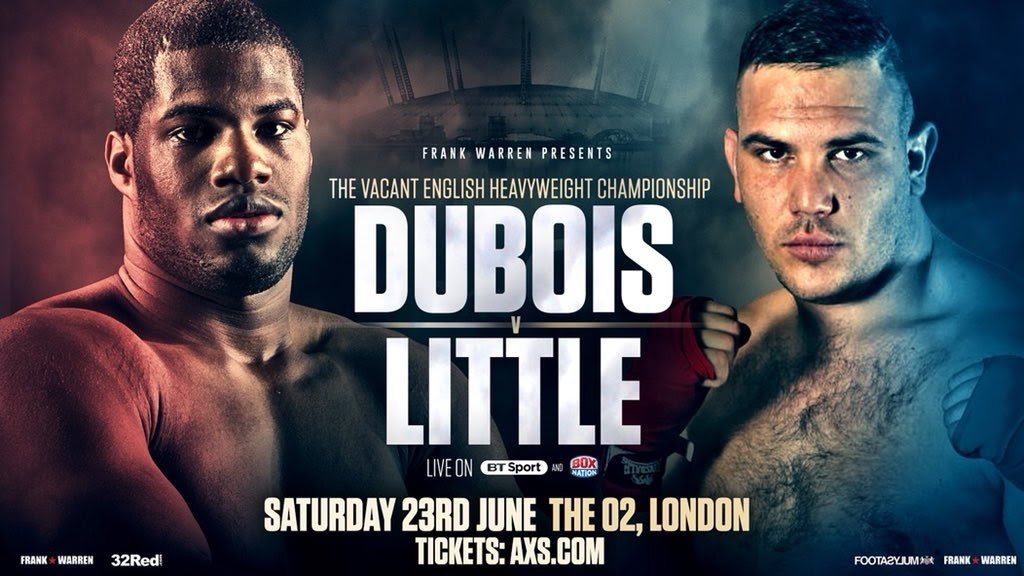 TOM LITTLE FIRMLY believes he has landed the Golden Ticket with his shot at the English heavyweight title against rising star Daniel Dubois at the 02 Arena on June 23.

After an unsuccessful tilt at claiming the Southern Area belt in 2016, Little placed himself back in the frame for title contention with a hat-trick of victories on the domestic circuit before accepting a tall order against the Croatian Olympian Filip Hrgovic in January, where he came up short after four pulsating rounds.

His focus is now back on the home front and he is convinced that he is the man to diffuse the threat of Dynamite Dubois.

“It feels like I’ve got the chance I have been crying out for,” stated the 30-year-old Hatfield heavy. “This is my shot, this is my now or never.

“I’ve never been looked after as a fighter. I’m pretty sure once I upset the applecart and show people exactly what I am capable of, I will be looked after a lot better.

“I think you have hit the nail on the head – this is my Golden Ticket. I’ve been offered other fights, but this is the one where I know I can excel and pull off stuff that I’ve known for a long time I can do.”

Little knows full well that, after calling out pretty much every heavyweight in the country over the last couple of years, he now has to back up his words and prove to the doubters that he is not all talk.

“Listen, one hundred per cent, I am in for a world of torment if this goes wrong, but I know it ain’t gonna go wrong.

“I know I laugh and I joke and I am very antagonising in some respects. I also know I am in for the fight of my life and don’t for one minute think I am in for an easy night.

“Because of his age and his experience, I know he will quit. I am not going to say too much more than that, but I know he has got quit in him and I haven’t.

“He is used to smashing people on the chin or his opponents being beaten before they get in the ring with him. I wouldn’t be bothered about facing Daniel if he had a shotgun in his hand.

“That might be stupid but it is the way I am wired up. I can’t change the way I am and I believe that styles make fights. Daniel’s style suits mine.”