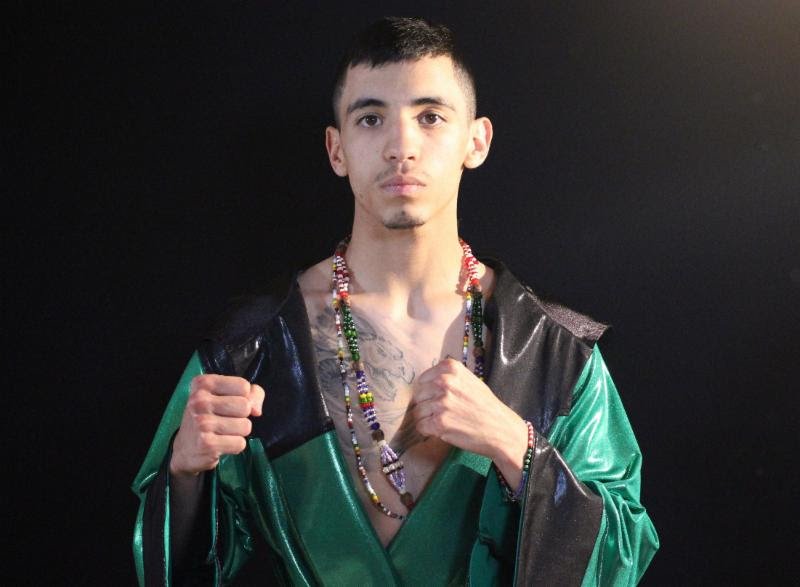 Vazquez is the younger brother of former three-time super bantamweight world champion, Israel Vázquez. He’s been making noise in the lower weight classes since he captured the NABF Junior Flyweight Title as a teenager, at age 17. Before turning pro, Vazquez compiled an impressive record of (83-3, 46 KOs), unheard of in the amateurs. Vazquez is currently rated WBA #14, putting him in position to land a big fight, possibly a dream bout with Roman Gonzalez.

“If Chocolatito is seeking an opponent for September 15th, then who better than me,” said Damien Vazquez, who on March 28, 2018, captured the vacant WBC Youth Silver Super-Flyweight Title against Luis Golindano (10-1, 7 KOs). “I think it makes a lot of sense to make this fight because the fight is in Las Vegas, my hometown, and I’m Mexican. This would make for a classic showdown on Mexican Independence Day in Las Vegas, Mexico vs. Nicaragua, let’s make it happen. It’s time for the new blood to take over.”

Vazquez, who is managed by Greg Hannely, of Prince Ranch Boxing, is trained by former world champions Joel Cassamayor and Bones Adams. In addition, Vazquez owns his own promotional company, Sugar Promotions. His last four bouts have taken place in Aguascalientes, Mexico, all televised on the local government channel.

“My fanbase has grown tremendously in Mexico, since we’ve been promoting shows in Aguascalientes,” Vazquez continued. “It would be an honor to share the ring with a legend like Gonzalez. I know we would both put on a great show for all the fans who’ll be watching. It will be an explosive fight, that I can guarantee.”

“Look, Damien is a world class fighter who is hungry to make a name for himself,” said Oscar Vazquez, who runs and operates Sugar Promotions. “If Tom Loeffler makes this fight with us, he will not regret it, that I can assure you.”

“Damien has worked very hard to get where he’s at today,” said manager Greg Hannley. “If this opportunity presents itself, then there’s no doubt in my mind that Damien will step up to the plate and give the fans a great show. He’s a true Mexican warrior, who fights with a lot of heart.”