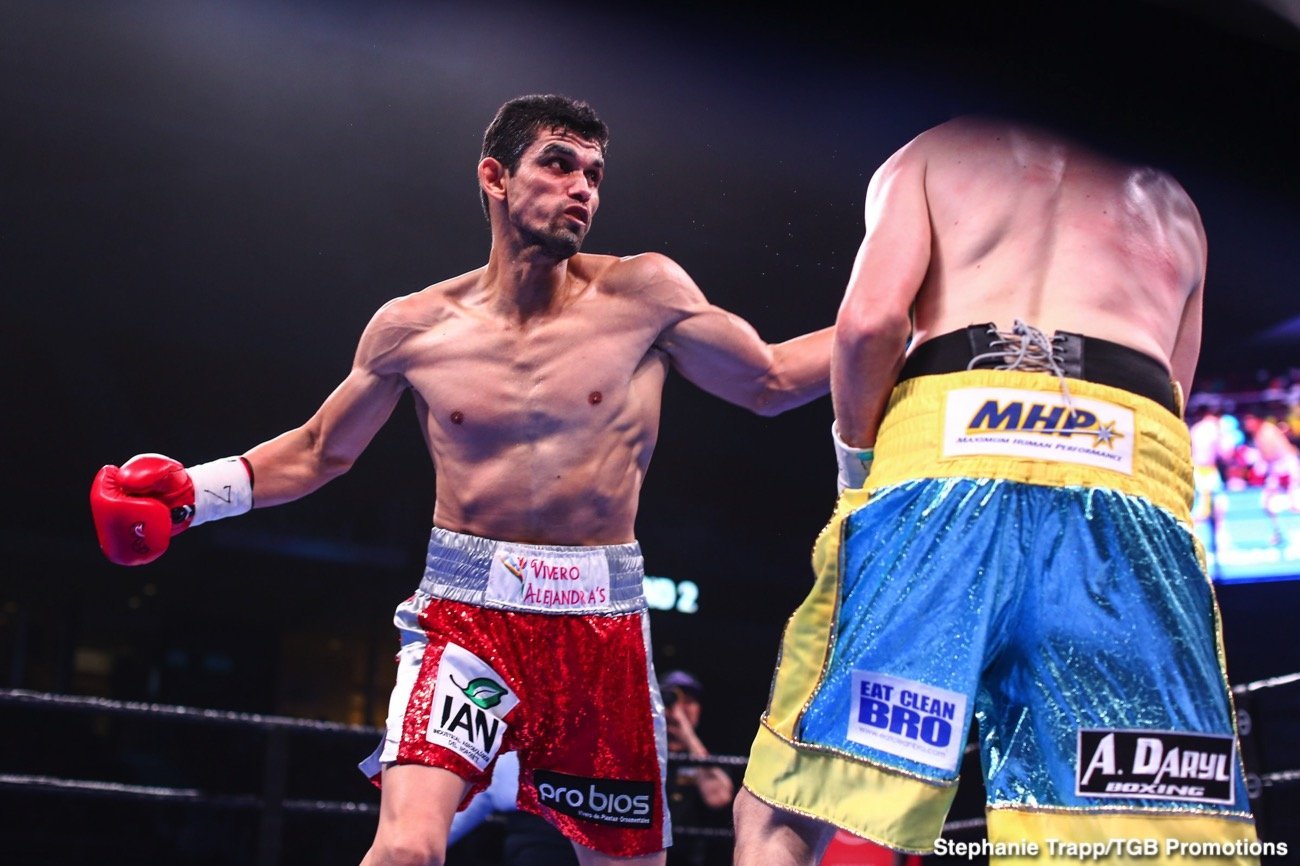 On January 18th, from The Liacouras Center in Philadelphia, Thomas “Cornflake” LaManna (28-3-1 9ko) came up short in the 10 Round “PBC on FS1” Main Event against hard-hitting Mexican Jorge “Demonio” Cota (30-4 27ko). The bout resulted in a TKO5 win for Cota after LaManna’s corner requested commission inspector waive it off.

“Truthfully, my fight with Cota was a fluke man. That wasn’t me in there, he’s not better than me. A lot of things were on the line with that fight and I feel it probably got the best of me. With a win, I had a title shot on the table and that would’ve come with financial blessing for my family, I screwed up and it’s been weighing pretty heavy on me”. LaManna quoted while shaking his head in discomfort.

“I wasn’t myself and if you’ve been around me even a little bit, you would have to agree. No excuses at all, I put 100% of the blame on myself. I felt I let my team, my family and more importantly myself down after that performance. I have the ultimate respect for Jorge Cota, he was a class gentleman but the truth is I let a bonified B-side opponent look like a superstar and that’s unacceptable.”

LaManna surely wasn’t interested in getting too much in-depth about his most recent fight.

“That’s exactly what I’ve been telling people, boxing is weird and records don’t mean shit. I’m tired of fighters including myself get written off based off of ONE FIGHT. JRock is my boy and that wasn’t supposed to happen that night, but unfortunately, it did. I’m 110% sure he will bounce back and become champ again just like what he did with Hurd after Charlo. Same with me, I’ll bounce back just watch”.

The 2011 Millville Senior High School graduate continued to express his feelings and concerns on how other members of the boxing circuit feel about him. “A lot of people wrote me off for my last fight but that is expected in this terrible business. They told me I should retire, hang it up, delete my number, stick to promoting, etc. Honestly, F*** them because I have no doubt in my mind I will be considered one of the top dogs in the division in due time. Plenty of fighters win a World Title after suffering multiple losses. I’ve come too far to stop now.

LaManna was scheduled to make a quick return to the ring earlier this month in Mexico, but due to the pandemic situation going on with COVID-19, LaManna was unable to make the trip. “I look at it as God telling me I just needed a break. I was so anxious to get back in there and get the lost out of my head but that’s not with the big man wanted. Hopefully like everyone else in the world, I’m taking this much needed time for myself and away from the gym. Using time wisely now with my soon to be two year old. I have some things in works actually, so god willing when boxing is back, we can be making announcements shortly after”.

“I may be knocked down, but I’m not knocked out. I’m going to get up again. I know I’m a victor, not a victim.” A quote from Joel Osteen that in my opinion describes the world rated, blue-collar father and Jr. Middleweight contender who still strives to make a mark as one of the key players in the 154-pound division.