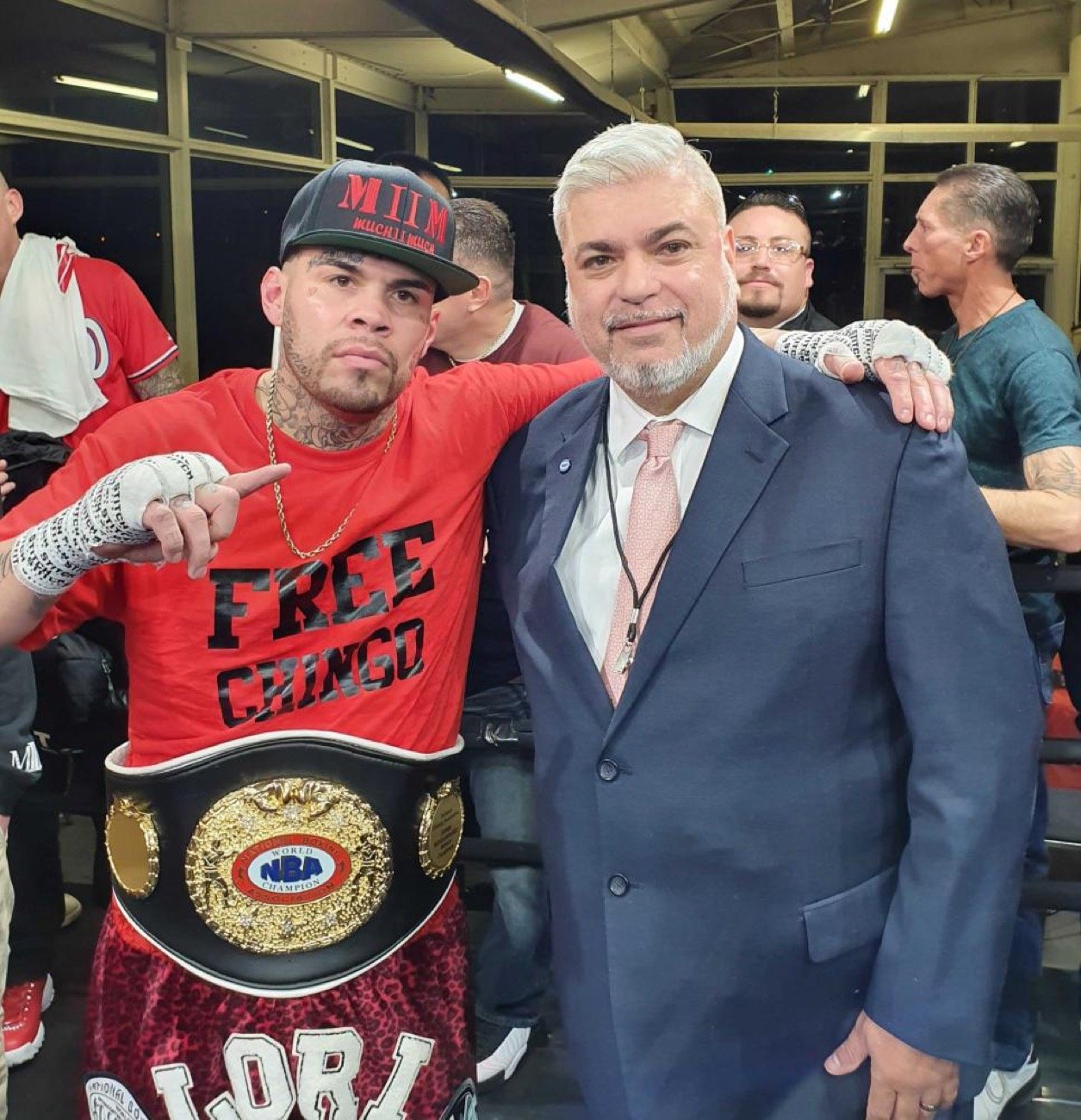 Photo: MARVIN CORDOVA JR., left, captured the vacant NBA World Super Middleweight Title on Saturday with a knockout win over Hector Velazquez in his hometown of Pueblo, Colorado. The fight was Cordova Jr.’s first in three years and just his second in the last decade. The former amateur standout is now a three-time title-holder looking to add a world title to his resume in 2020 under the promotional guidance of CES Boxing, whom he signed with in 2019.

Fighting for the first time since 2017, CES Boxing’s newest acquisition, Marvin “Much Too Much” Cordova Jr., added another championship to his collection Saturday night in his hometown of Pueblo, CO.

Cordova Jr. (23-2-1, 12 KOs) stopped tough Mexican challenger and 89-fight veteran Hector Velazquez with a series of body shots at the 2-minute, 23-second mark of the fourth round to capture the vacant NBA World Super Middleweight Title. The event headlined a five-fight card at the Southern Colorado Gaming and Event Center in Pueblo.

CES Boxing, the East Coast’s No. 1 promotion, and Cordova Jr. agreed to terms on a multi-year promotional agreement in 2019 as the former NABA and WBC Youth super lightweight champion prepares for another run at a world title. With Saturday’s win, Cordova Jr. has fought just twice since 2010, but remains one of the more intriguing prospects in the sport based on his track record.

Cordova Jr. fought 242 times as an amateur, which included a bronze medal in the 2002 U.S. U-19 Championships and a quarterfinal appearance in the 2004 U.S. Olympic Trials. He won his first 12 fights as a pro and 20 of his first 21 with the only blemish a draw against former world champion Victor Ortiz. Cordova Jr. also went the distance with ex-WBC welterweight champ Josesito Lopez and 64-fight vet Dennis Laurente.

“Marvin Cordova is the best-kept secret in boxing,” CES Boxing president Jimmy Burchfield Sr. “When the opportunity came to work with such a remarkable, dedicated talent, there was no hesitation on our end to join forces with Cordova and his team. There is no doubt in my mind he will back one top of the boxing world in no time and we’re excited about him bringing a world title back to Colorado.”