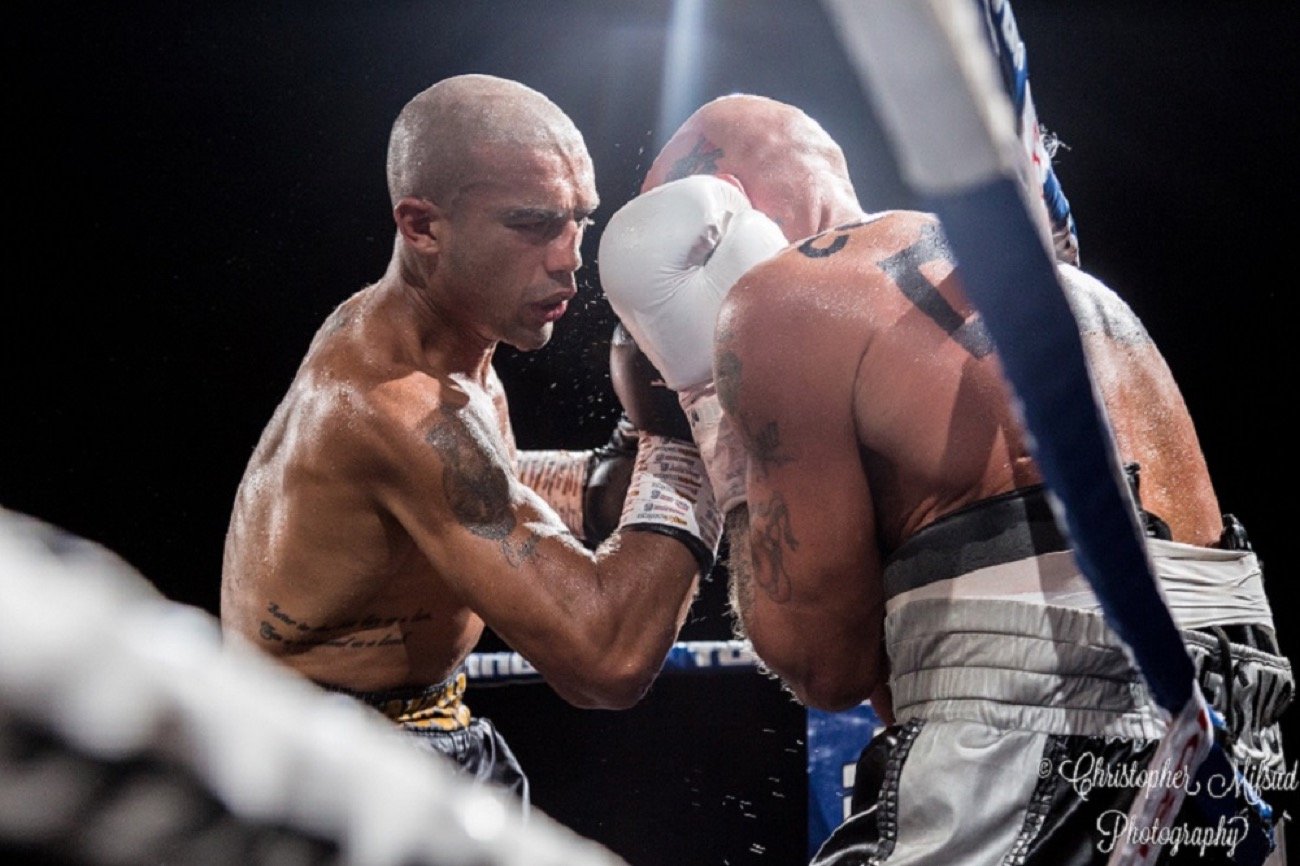 On Sunday 5th July, Christian ‘Coqqos’ Schembri defeated his old rival Scott Dixon over 10 rounds of non-stop action in Malta. Significant because it was their trilogy fight, but more significant due to it being slated as the first spectated boxing event in the world post-coronavirus lockdown.

Former Commonwealth champion Dixon, coming back from a four-year ban, fought well on the backfoot landing some heavy blows. However, Schembri’s relentless advance and punch volume ensured that he was always in control during a thrilling bout.

The return of live boxing guaranteed a sell-out crowd at the outdoor Montekristo venue, with both Fite.tv and Iconic Sports TV broadcasting the event to fans all around the globe.

Now leading Dixon 2-1 in their rivalry, Schembri told BoxBets.co.uk, “Victory tastes so sweet! Tough fight you put up Scott Dixon, respect for you always and forever.

“All the great fans I have, I could never do it without you. You’re the best. I love your screams every fight. Having you behind me is a blessing. On to the next one!”

Local promoter Demis Tonna commented, “It was great to see a huge crowd after such a long time out for boxing. Sunday’s event proved that the sport is in huge demand. Christian boxed like the seasoned boxer that he is, outboxing his opponent Scott Dixon on the night.   “Christian has a few boxers that I know he would love to have a rematch with, and then move onwards and upwards. He will be back towards the end of September for another explosive night of boxing.”

On the undercard, rising star Brandon Borg maintained his unbeaten record with a chilling first-round knockout of Rakhim Kazanov. Borg put his opponent down twice before knocking him out cold with just seconds of the first remaining. The win now takes him to 9-0 as he looks for a sterner test next time out.

Coqqos Schembri vs Scott Dixon on July 5, Live on FITE

Two of Malta’s most popular boxers are going toe-to-toe in a fight which will be televised live around the world.

Scottish former Commonwealth champion Scott Dixon won the first fight against Malta’s Christian ‘Coqqos’ Schembri in 2015, with the second fight the following year going the other way. Now the two are to step into the ring for a deciding third bout.

This Super Middleweight fight will take place on Sunday 5 July at 8pm CEST at the Montekristo Estate in Luqa. As well as passionate fans in attendance, it will be televised live by the international broadcaster Fite TV, meaning the ring action from Malta will potentially reach millions of people around the world.

Schembri said: “Me and Dixon are on two fights, we split them, both decisions. I’m the first Maltese to beat him and I believe I beat him the first time around as well. He believes he beat me twice, now we have a chance to see who’s right.

“This fight will give people some much-needed entertainment and will put Malta on the map, as it’s going to be one of the very first countries to live-stream a sporting event since lockdowns began around the world.”

Dixon said: “This is going to be a fight to remember, an absolute war. I’m going to do the business, and if I don’t, then it won’t be for a lack of trying.”

Fight promoter Demis Tonna said: “Coqqos is the only Maltese fighter to beat Scott Dixon and this is an opportunity for Scott to set the record straight. It’s going to be a cracker.”

READ:  Feigenbutz vs Saidi on August 28th in Berlin

Also on the card is rising star and unbeaten Maltese Light Heavyweight prospect Brandon Borg, who is aiming for nine wins out of nine against Uzbek fighter Rakhim Kasanov.